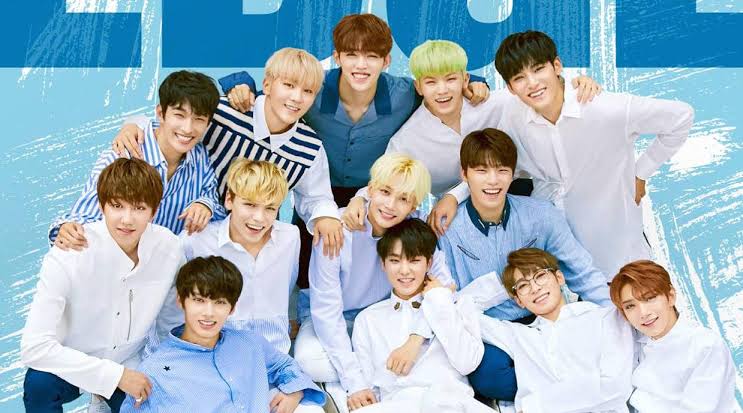 “For their 6th anniversary, we wanted to look back and take a trip down the years of being in the fandom. The SVTIndianCarats fanbase has been active since 2018. Dedicated to SEVENTEEN – over the years we have done multiple fan projects to express our love and admiration for the boys. Some projects have been an opportunity for fans to express their creativity and talent while some have been to help larger causes.”

One of the things we love about fandoms is when they participate in heartwarming fan projects.  For fans, especially K-POP fans, fandom projects are like rituals that can never be missed. In India, K-POP only in the recent years began to spread it’s roots deeper than before. And our country being a large one, fans are divided due to geographical factors. Which is why it is an absolute delight when fans participate in fandom projects because together they manage to beat the geographical distance, at least digitally, and take pride to celebrate their fandom as one.

Fandom projects are just beautiful because they are personalized for the fandom & idols, integrates the fandom, and most importantly shows effort and love. What more would idols want, than to see their fans happy and enjoying their music? This is a magical bond!

Welcome back to our YOUR STAGE segment where, apart from charity works, donations, and fund raising events organized by K-POP fans, we also cover your performances, fandom achievements, artworks, and more!

“They all mirror the love and inspiration we received from SEVENTEEN, and our desire to give back to them. Speaking of mirroring, in an amazing coincidence that truly made us happy – the theme for SEVENTEEN’s recently announced comeback on JUNE 18th and their new mini album “YOUR CHOICE” also involves looking back at their “Moments of Love” through their previous works.”

The Project Comprised of Four Features:

“Suggested by a fellow carat – We asked the fandom to send in pictures of any Seventeen merchandise; albums, pictures, etc. they owned with the number 6 or 6th Anniversary written on it. It was to show how after a hard day, a tough time; looking at a warm photo or listening to their album could bring a smile to our faces. It was also a fun way for people to play around with what merch they had and have fun showcasing it. We got messages from Carats saying it had been so enjoyable to just go through their collections and reminisce about the memories they associated with the photos and albums.”  – Seventeen Caratland India

“This Feature highlights the performance skills of our fandom. It is a compilation of recent dance & vocal covers by Carats sent in for the 6th anniversary. Seventeen always inspires their fans to explore their talents through their music and pushes them to do their best. We have received many entries through the years. We want to express how grateful we are to the boys and to Carats for sharing this with us. We hope that this feature would, like Seventeen – inspire more Carats to showcase their talent.” – Seventeen Caratland India

“This the final feature. Seventeen has never failed to express their love to their fans and we as their fans use such opportunities like their birthdays or anniversaries to be more loud in conveying our love to them.” – Seventeen Caratland India

Down the Memory Lane

The final project was this beautifully made video which gave an overview like the project name suggests.

We love how the Seventeen fandom celebrated their anniversary and we send our best wishes and hope to see Seventeen in India someday soon!

[YOUR STAGE[ FROZEN CREW’s Jonathan Speaks About Dance, Inspiration, The Crew, and More