Choi Ung and Kook Yeon Su spill the things they hate and love about each other.

Episodes 3 and 4 of ‘Our Beloved Summer‘ dives deeper into the past relationship of Choi Ung and Kook Yeon Su and shows the viewers the things that they loved and hated about each other.

10 Reasons To Despise Her 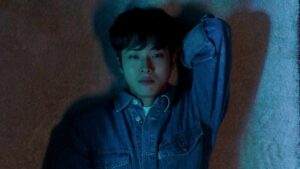 Choi Ung claims that he hates Yeon Su for 10 reasons, which is vividly shown through a flashback to the days when they were filming the documentary together and dating for five years. He despises how selfish she is, how she refuses to help others, how she lacks social skills, and how she abandons others. She is always striving to win, even they are merely drinking. She is often picking fights with others and is simply a self-centered individual who does whatever they want, regardless of the consequences. Choi Ung asks her to see the cherry blossoms while they are dating, but she declines, leading him to believe she has no sense of romance. However, most of all he despises the fact that he is aware of her other side that no one else knows.

Choi Ung is aware of how amazing Yeon Su is, which makes him love her even more, but he despises the fact that she puts him on top and then pushes him down. Last but not least, he despises her since he believes she has quickly deleted him from her life.

Seeing Yeon Su cry like way at the end, after the break-up she caused, raises an important question: why did she terminate things in the first place? Except for her comment that he’s the easiest thing to give up, it’s not really explained here. That isn’t the case now that we’ve seen more of her reaction.

Bumping Into Each Other 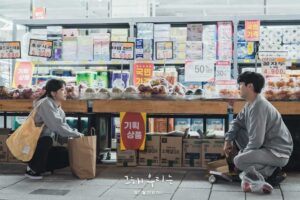 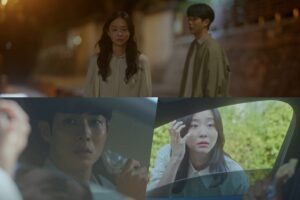 The duo had not seen each other in 5 years, but after the reunion, they are now bumping into each other at all times. They collide at the strangest timings, such as Yeon Su adjusting her makeup by looking in the car window, which happens to be Choi-Ung’s car or when Ung gets hurt in an accident in front of her. They also meet in a convenience store and laugh at each other’s misfortune with the shopping bags. 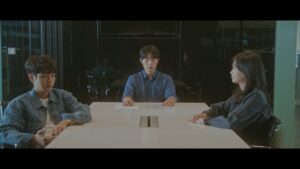 In a flashback, we are shown that Ung childishly attempts to do all of the things that Yeon Su hates after their breakup. For example, getting drunk and buying unneeded items. He tries several strategies to move on, but he becomes increasingly unhappy. His mother and friends had become extremely concerned about his well-being.

At the present time, the duo makes the decision to participate in the documentary by assisting each other with their careers. They agree with Ji Ung that they will not disclose the fact that they had dated each other. They begin shooting the documentary, and surprisingly they seem to have the same habits. While filming this documentary, Choi Ung also comes across a competitor, Nua (cameo by Kwak Dong Yeon) who claims that Ung plagiarizes his work. At the celebration for the opening of the shop, Ung learns that he will be doing a live show alongside Nua. He gets agitated and takes out his anger on Yeon Su, assuming she knew about Nua joining the project. Ji Ung is merely an observer here, but it is hinted that he might more than that and that might fancy Yeon Su.

So far, Our Beloved Summer has an excellent pace, with a terrific mix of comedy, romance, and drama. The plot is arguably a bit predictable, with Choi Ung and Yeon Su’s reuniting as couples by the end of the show.

The flashbacks that add more context to the relationship that the main couple had is one of the highlights of the show. It allows the viewers to see the perspectives of both Yeon Su and Choi Ung. While the concept of the show is simple, the chemistry between the leads and the cinematography is some of the best reasons why it should not be missed.

What did you think about episodes 3 and 4? Let us know in the comments! We’ll see you next week for Episodes 5 & 6!