What better way for STAYs to end the year other than listening to their bias!

On December 21, Stray Kids announced the release of ‘SKZ 2021’ with a teaser image. As the end of the year is approaching fast, the group has prepared yet another present for their fans after their latest comeback single.

Last year, the group released a similar version titled ‘SKZ 2020’ on March 18, 2020. It was a compilation album that included many of the group’s re-recorded songs in Japanese and it also marked their Japanese debut. The new ‘SKZ 2021’ is expected to have a similar concept and fans are excited for the same. 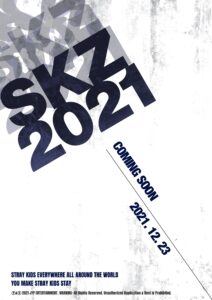 On November 29, the group made their comeback with the special single album ‘Christmas EveL’. The fans loved the comeback single and it peaked at the top on the Gaon Charts. The group also won the ‘Performance of the Year’ award at the AAA 2021.

BamBam Teases Fans With ‘Who Are You’ Ft. Seulgi Of Red Velvet