by Cathy Varté
in K-Music
0 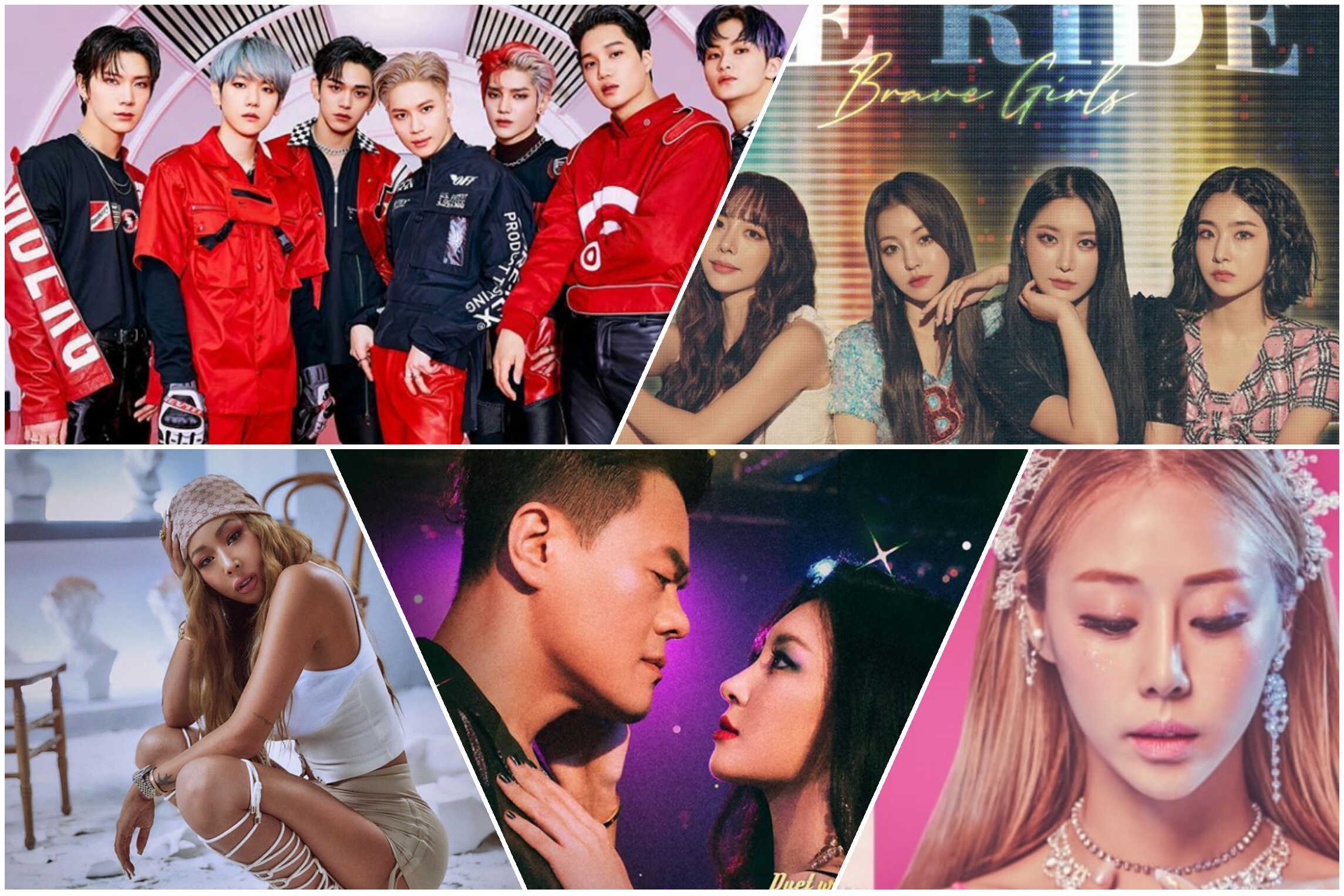 We’re back with the ‘Weekly K-POP Recap‘ for the second week of August!

It is already the second week of August and we’ve got another list of absolute bangers for you to discover. Here’s to finding new music and new artists!

Whether you like love songs/ballads or not is irrelevant. This song is exquisitely heart wrenching, a specialty of MondayKiz

Not enough? There’s a drama version too.

A soft soothing single to keep you company on a summer night.

A cute song about not wanting to do homework? Relatable af.

The track was performed by the former SISTAR member on ‘Good Girl‘ and fans are thrilled to see it now has it’s own MV! ‘9LIVES‘ is the pre-release to this legend’s mini-album ‘Say My Name‘ (dropping on 19th August).

Althought the MV takes you on quite the trip, the track is a smooth dance pop one that you can’t get out of your head.

HEDY – “You Were Really Not Good”

This song is so powerful and emotionally charged without being overwhelming. This is HEDY’s second release since debuting in 2019 with the mini-album ‘Portion For HEDY‘.

JYP and Sunmi – “When We Disco”

A collaboration between JYP and former Wonder Girls member Sunmi? Iconic. Is this THE catchiest song of 2020? May-haps. It was a little unnerving not hearing the signature “JYP” whisper when the song started, but no worries – it was at the end of the track.

For those new to the K-Pop scene, Chun Myung Hoon was a member of NRG – a first generation K-Pop group. This trot song will have you smiling before you know. Spot the scenes’s inspired by Agust D’s (BTS’ Suga) “Daechwita” MV!

Rothy’s charming vocals and Chanyeol’s rap come together in this track to create what can only be described as the stuff of summer dreams.

Formed on ‘Superband‘, the four membered band debuted this year with the single “Flowering” and are now back with their first mini-album ‘Panorama‘.

The five membered rock band bring you a romantic track that is perfect for a summer date.

A funky, fresh, feel-good pop song about being brave, being your own person and living life your own way. Did I mention it’s self written and self produced? The track is from BiPA’s (former member of Lip Service) second release ‘Be Real‘.

The girls are back with a city pop track with retro vibes, their first release after their three year hiatus.

Formerly known by the stage name Hwall (TheBoyz), Hyungjun debuts as a solo artist with a dreamy pop track with an equally aesthetic music video.

The sassy rapper serves up her luscious vocals with glorius visuals in this B-side track from her newest release, showing us a completely different side of herself than from the exuberant lead single “NUNU NANA“.

Some of you might recognize him as Kim Yonghyun from ‘BOYS24‘. The former idol show contestant charms in this fun track. An absolute bop.

Oh how we’ve waited. And Wonho delivers with a sentimental ballad. Unexpected but refreshing.

The singer-songwriter gives us a sweet syrupy romantic track that is sure to bring a smile to your face.

This track is fresh off the now three membered group’s third EP ‘3rd Sexual NOM‘ and is their first release after a five year hiatus.

Kang Tae Kwan – “The Highway Of My Life”

A trot song to brighten up your day? Yes, please.

As a part of the tribute to BoA’s 20th Anniversary, American singer Gallant has released an English remake of BoA’s hit single “Only One” under SM Station.

This is the end of this week’s round up. Stay tuned for more August releases by BTS, BLACKPINK, Dreamcatcher, Hyolyn and more!

(Do tell us if we’ve missed any releases from 8th to 14th August!)