Will Choi Ung and Yeon Su be more than friends?

by Contributor
in K-DRAMA, Review
2

Episodes 9 and 10 of ‘Our Beloved Summer’ is all about whether or not ex-lovers can be friends. Will they not fall in love with one other? What if they have a relationship? Will they become closer as friends or will they rekindle affections for one another? 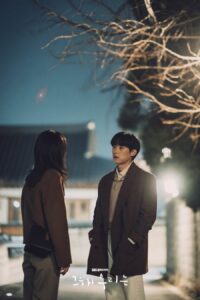 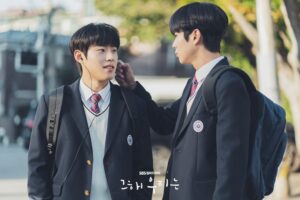 Ji Ung has always regarded himself as a jerk who likes his friend’s girlfriend, however, he never crossed the line and made every effort to avoid Yeon Su. He tried to make plans to ignore her in order to put an end to his affections for Yeon Su. So, Choi Ung had always assumed that Ji Ung despised Yeon Su and didn’t pay attention to her. Ji Ung’s plan was simple: he didn’t want to become involved with her through random encounters and didn’t want to be tricked by words, so he set out to meet new people. No matter what occurred, he would not be shaken, and he would slowly forget about her. However, his plan fails when he sees her again. While he usually kept his feelings to himself, Chae Ran picks up on them because it appears that she, too, has feelings for Ji Ung, but he is either unaware of them or ignores them. Will Ji Ung reveal his true feelings to Yeon Su or remain friends with her? 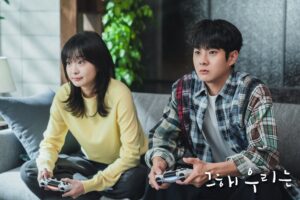 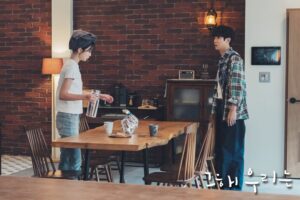 Following their kiss, Yeon Su and Choi Ung are unable to sleep and it becomes really difficult for them to decide what they want to do. Choi Ung makes the decision not to be in a relationship with Yeon Su again and asks Yeon Su to be friends with him. Yeon Su agrees and starts to act as if they are buddies who stay over, eat, and have a good time. While spending time together, Yeon Su becomes jealous of NJ, while Ung is jealous of Ji Ung.

We get to know that Yeon Su’s affections for Choi Ung had never faded and that she was nervous when she met him after 5 years. But, without her knowledge, her feelings began to become stronger and stronger. Yeon Su confesses to her grandmother that she cannot be merely friends with Choi Ung because she has a crush on him. Will they simply be friends? Is there a chance they’ll fall in love?

NJ has a crush on Choi Ung 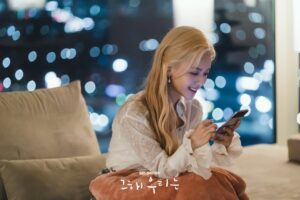 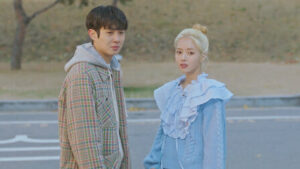 NJ talks about how she’s passionate and lively in her professional life, and how she’s in the spotlight. At least, that’s the personality she presents to the general public. In reality, she has a special fondness for Choi Ung, who she appears to have been drawn to by fate after seeing his artwork in a pop-up ad on a news item. She has no idea he’s an artist when she walks inside the art gallery. She tells Choi Ung that she admires the artist’s work and the two have a nice conversation. It doesn’t take long for NJ to figure out that he’s the one who did the drawing. She also discovers that he’s a lot more interesting than she first imagined, which leads to the two of them becoming closer.
Or, at the very least, NJ’s feelings for him are becoming more intense!  Choi Ung is witnessing this for the first time, with two females rudely debating whether NJ has had plastic surgery and how thin she is. What they didn’t count on were the reporters waiting outside, eager to catch a shot of the two together. 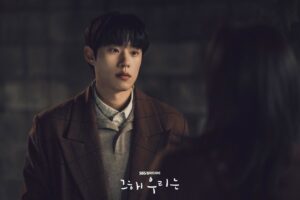 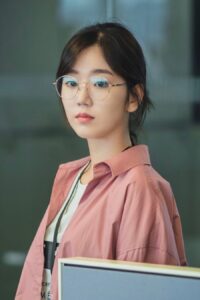 Chae Ran and Ji Ung have a long chat alone on the day of the last filming. Did they discuss their feelings for each other? Did Chae Ran express her feelings to him? Was she turned down? Is she informed about his feelings for Yeon Su? Is it possible for Ji Ung and Chae Ran to be together? Will Ji Ung begin to develop affections for Chae Ran? Will, they merely be coworkers or will they be more? 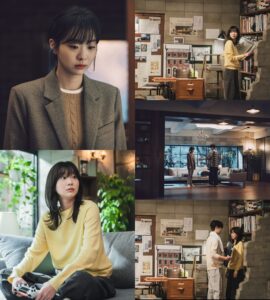 It is really funny and endearing to see Choi Ung and Yeon Su attempting to be friends. There’s clearly a lot more between them, as seen by Ung’s resentment toward Yeon Su hanging out with Ji Ung and the phone call from NJ. The episode also does a fantastic job of shedding light on Ji Ung’s connection with his mother and his fear of abandonment. It also highlights how difficult life has been for NJ, who has been surrounded by people who feel she has had everything handed to her on a daily basis. Our Beloved Summer has been a fun watch till now, but the epilogue hints that there will be more tension in the chapters ahead.