Choi Ung tries to flee from trouble because he believes it is the best defense.

Episode 7 and 8 of ‘Our Beloved Summer,’ is filled with running away from your problems and an unexpected trip to nowhere. Ji Ung kidnaps Choi Ung and Yeon Su and forces them to go on a journey together. Will they grow closer or will the misunderstanding become even bigger?

The best defence is to flee 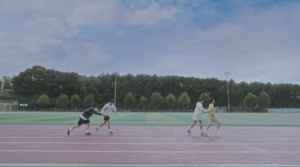 Choi Ung has a history of running away from problems. It started off when he was a child and he ran away from his classroom so that he would not have to give a presentation. When that tactic succeeded, he got the sweet taste of the power that running away has. For his own sake, he runs away from others because he wants to give them space when they become overly emotional and lose their ability to think rationally. He’s trying to buy them some time so they can have a calm discussion.

In the present time, Yeon Su and Choi Ung both flee the congratulation party but end up AWOL. They meet at the library and head over to Ung’s restaurant to eat. After a confrontation about last night, they walk out, and Choi Ung tells Yeon Su that he is sick of her.

A writer has joined the team

Lee Min Kyung is a writer on Ji-Ung’s team. She tries to change the documentary format to make the content spicier. Ji Ung requests her to not impose scenarios on the cast. After the main cast is AWOL, Min Kyung suggests to Ji Ung a plan to keep the ensemble cast together. She advises going on a vacation for three days and kidnapping and filming the cast. Ji Ung and his crew kidnap Choi Ung and Yeong Su and take them on a three-day trip. 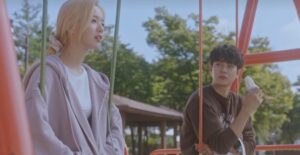 NJ’s relationship with Choi-Ung is growing. She plans to spend the day with haters who had made negative remarks about her so that they can change their minds about her but it doesn’t work out. She is in a bad mood until she spots Choi Ung, who makes her smile. Choi Ung gives her the impression that she isn’t a celebrity with him, but rather a regular person. They are both in the park, and Yeon Su sees them and misunderstand them as kissing each other. During the trip, NJ goes to Ung’s restaurant to meet him but ends up meeting his parents. Choi Ung receives a call from his father while eating dinner and is surprised to see NJ with them. Yeon Su becomes upset when Choi Ung leaves the table to speak to NJ. 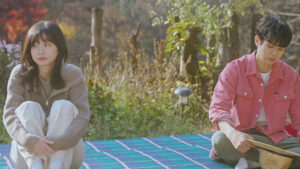 Choi Ung and Yeon Su both recall their first trip where they had a great time. Yeon Su took Choi Ung on a one-day trip and shared some romantic moments, including one in which Yeon Su confessed her feelings for him. But, in the present, he states to Ji Ung that he had no memorable trip, which Yeon Su overheard. During the trip, it becomes clear that Ji Ung is still in love with Yeon Su, whereas Chae Ran is attracted to Ji Ung. Yeon Su and Ji Ung head to the countryside to film. Ji Ung attempts to be with her at all times, while Choi Ung and Chae Ran go to other places.
Choi Ung starts feeling worried about Yeon Su and Ji Ung’s relationship.  When the last interview was about to begin, Yeon Su and Chae Ran travelled to a farm, where it rained, and Choi Ung appeared in front of her. Choi Ung states that she has cursed him. Yeon Su attempts to ignore him and asks him whether she should stay or go. Choi Ung then grabs her and gave her a passionate kiss. 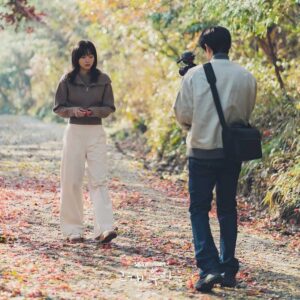 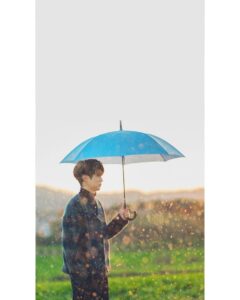 Choi Ung and Yeon Su will end up together in the drama, which was foreseeable. Despite all of their misunderstandings, they kissed in episode 8.  It makes me delighted to witness their juvenile behavior. These events also demonstrate that your first love is irreplaceable. Ji Ung has a soft spot for Yeon Su. It is visible via his eyes. He has the loveliest expression on his face when he stares at her.

What did you think about episodes 7 and 8? Let us know in the comments! We’ll see you next week for Episodes 9 & 10!