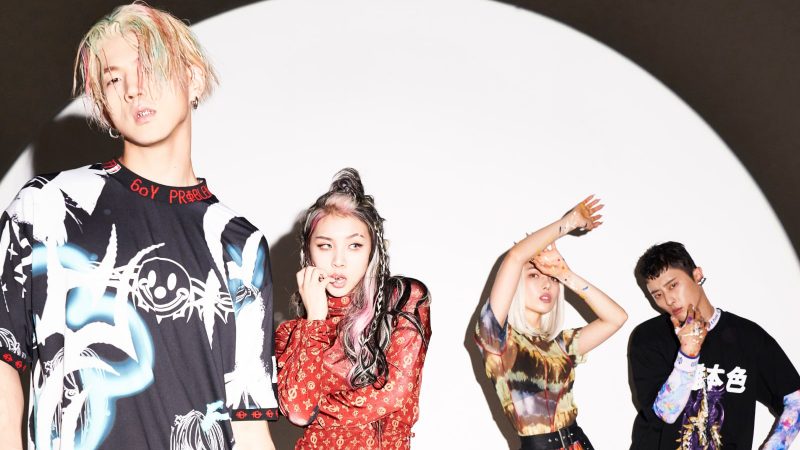 KARD is one of the few modern K-pop co-ed groups to gain attention and become the buzziest acts of 2017. On August 26 at 6 p.m. KST, the co-ed group released their single album “Way With Words” along with the music video for the title track. “GUNSHOT” is the latest KARD single that has been penned by J. Seph & BM and arranged by BM & WiiDope.

GUNSHOT MV features KARD’s most sinister concept with the expressions of powerful words, containing scenes with pistols, a dagger, cars, flame, and figures with mouth-stitched masks. Additionally, KARD appears in a hypnotic trance with a dark pallet with tempered emotions adding to the mysterious appeal of the video. Also, the song shows us how deeper are words that can either brighten someone’s life or make it difficult to live. 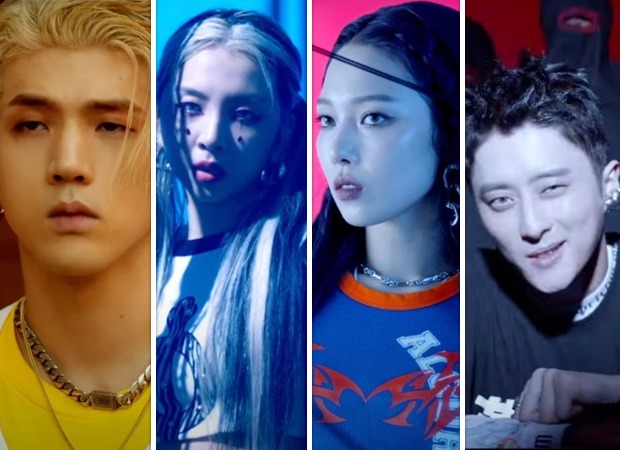 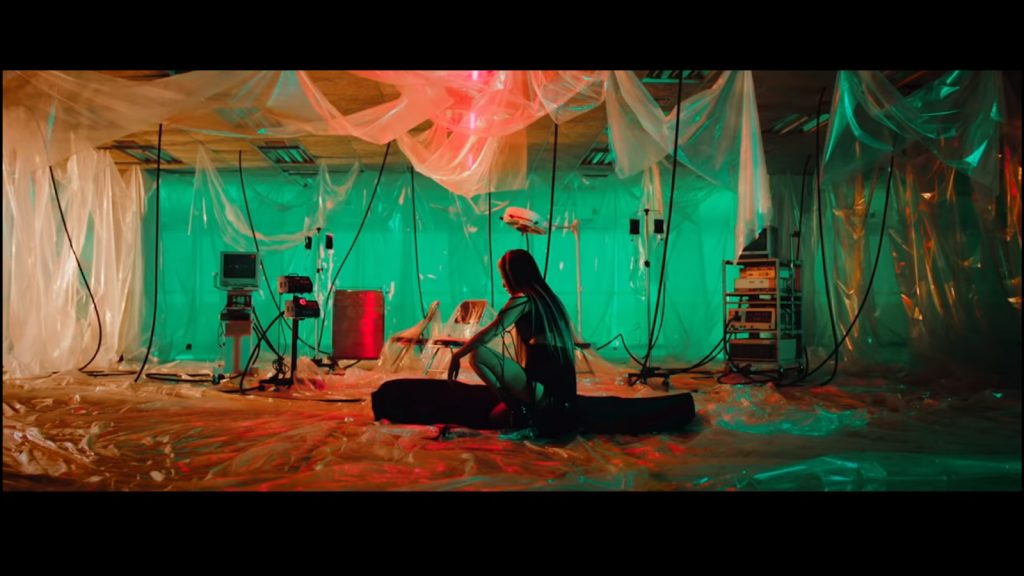 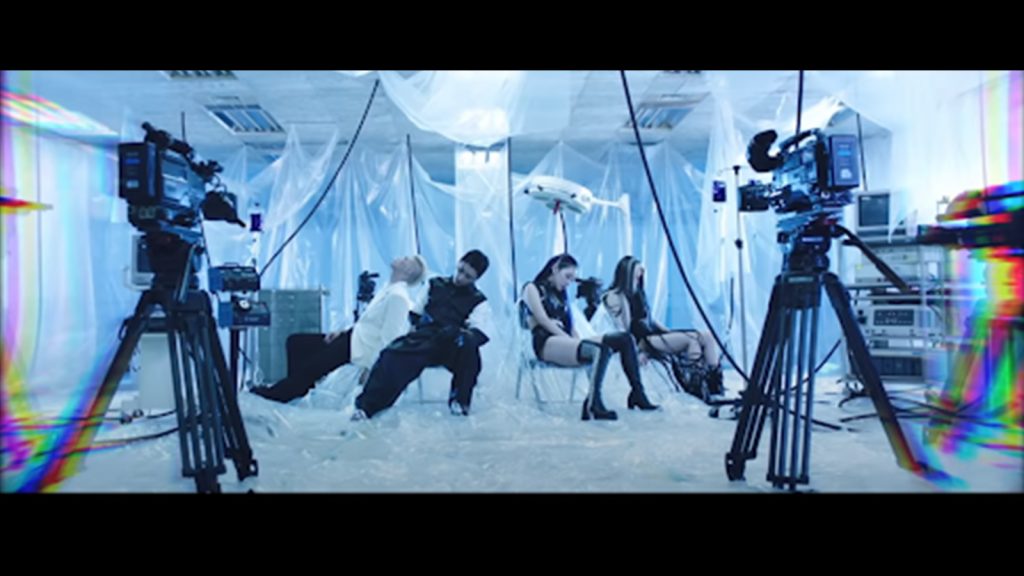 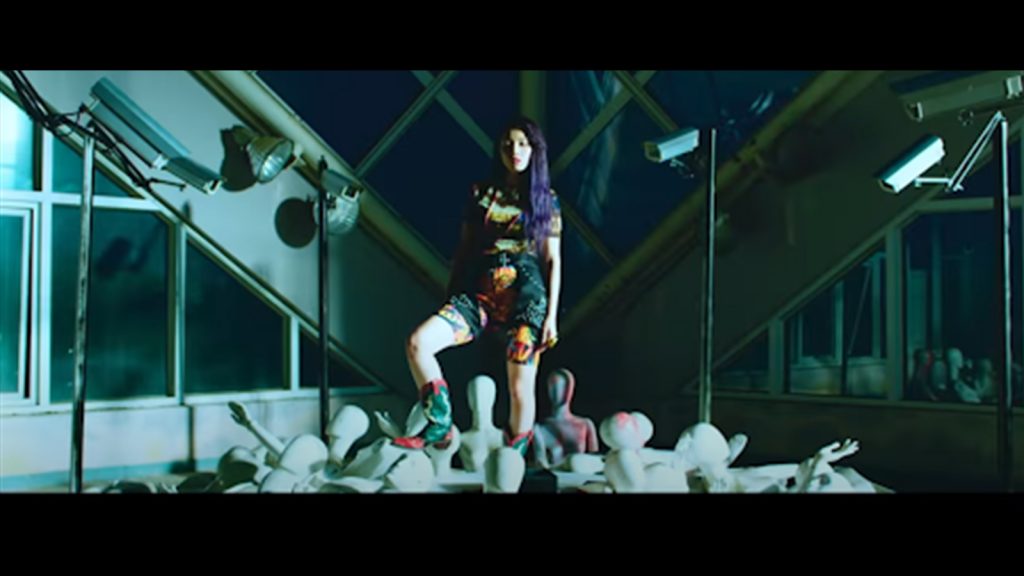 The mystery starts with the opening scene where Jiwoo is seen with the body bag on her side while the camera pans on her face from the bottom which leads to a question who is in the body bag? and what did Jiwoo do?. To know let’s proceed further with our review to figure out who it was? The opening scene is followed by the members sitting surrounded by the cameras in a mysterious setting. As the song continues with Somin singing “LOVE 빌어먹을 4 letters“ while slaying all three outfits giving us a modern dark punk badass feel. 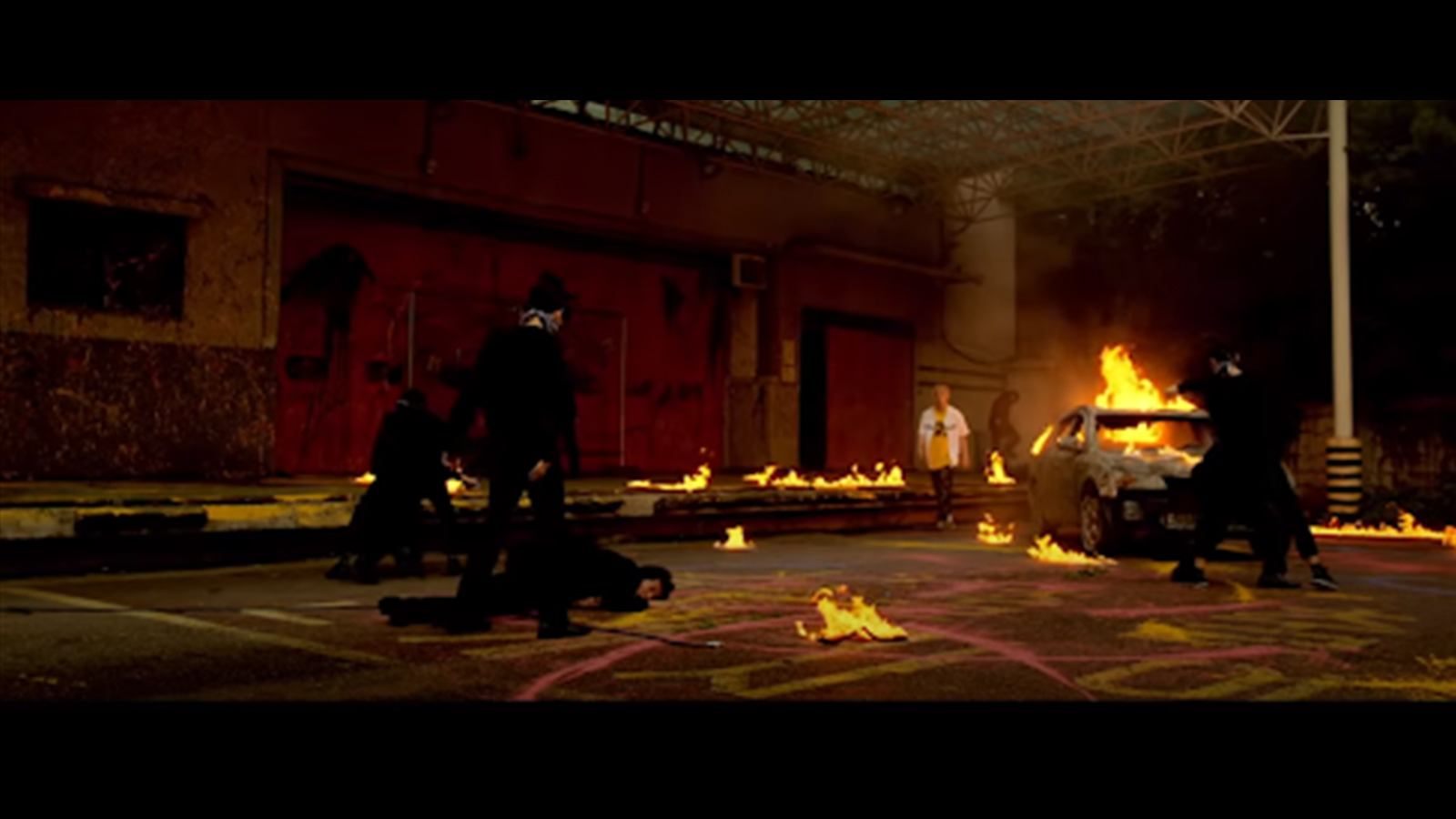 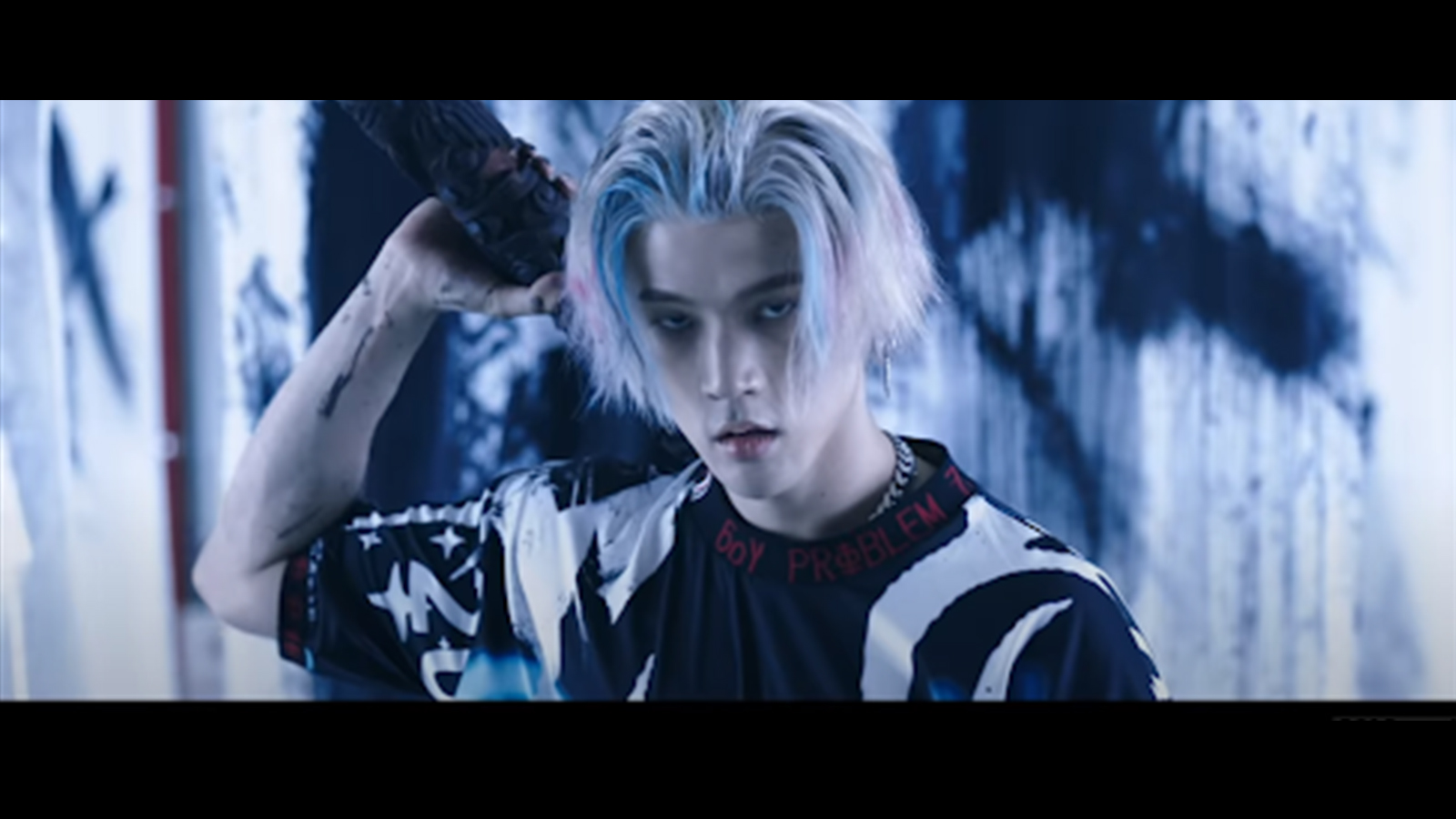 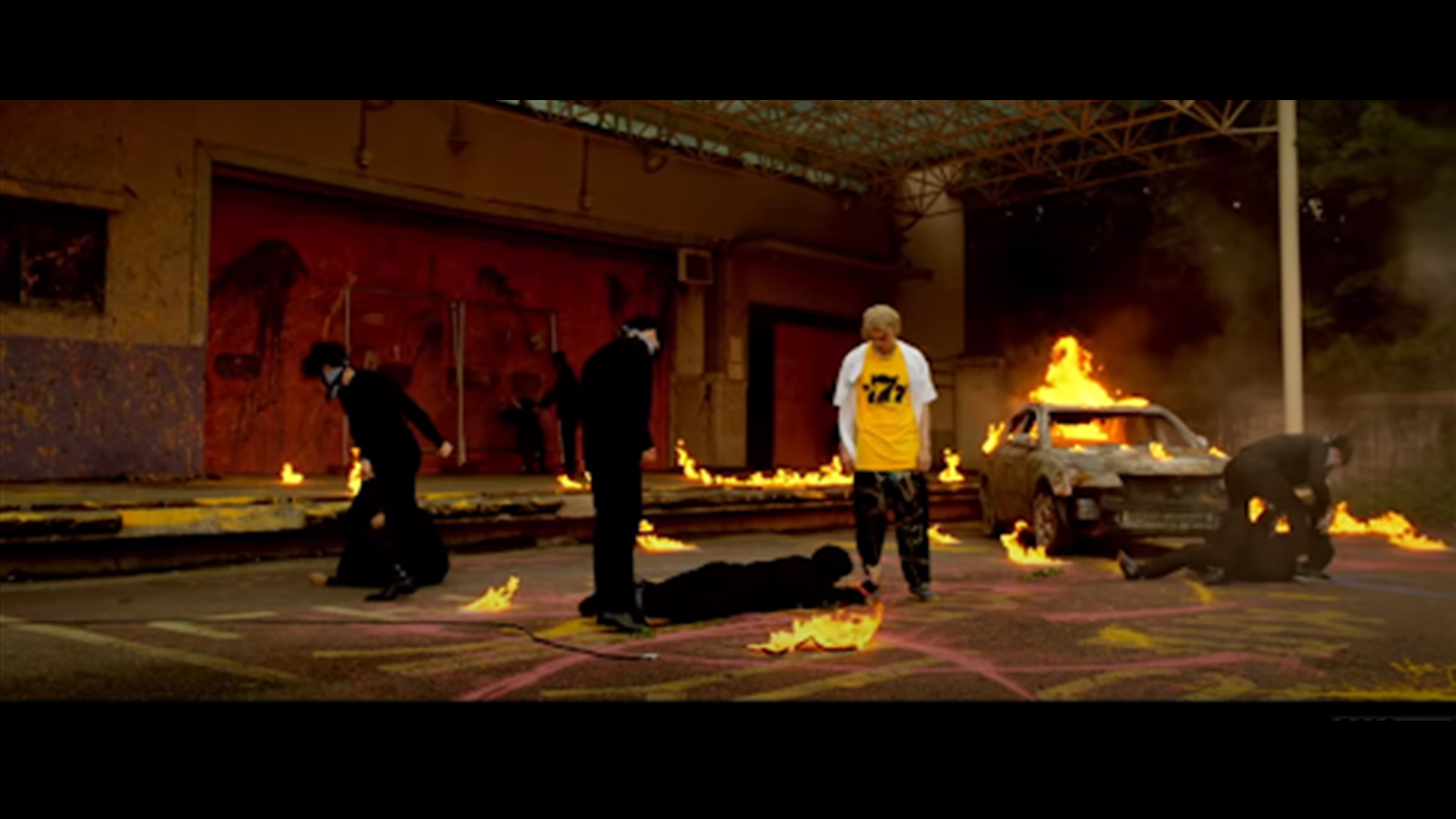 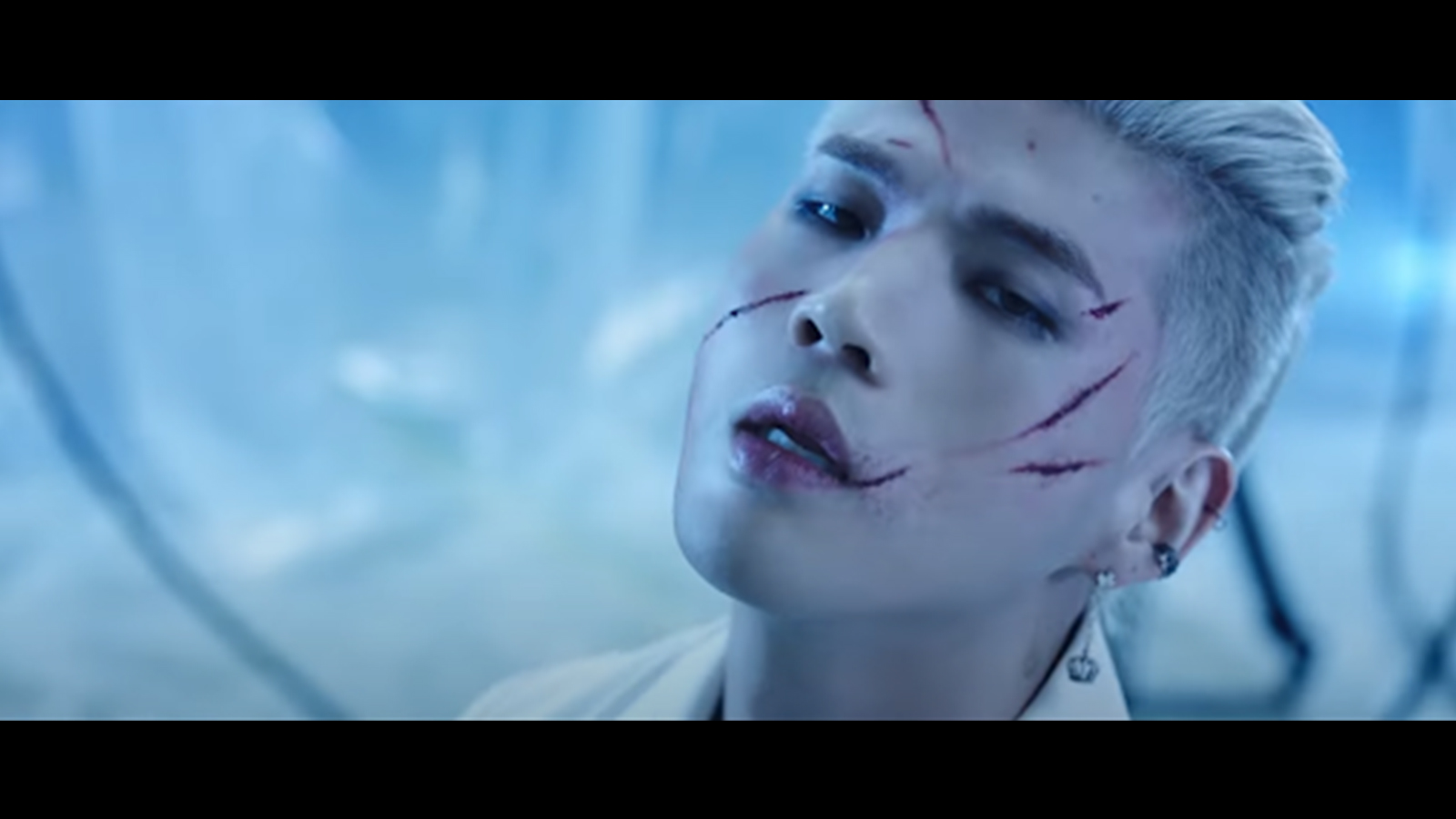 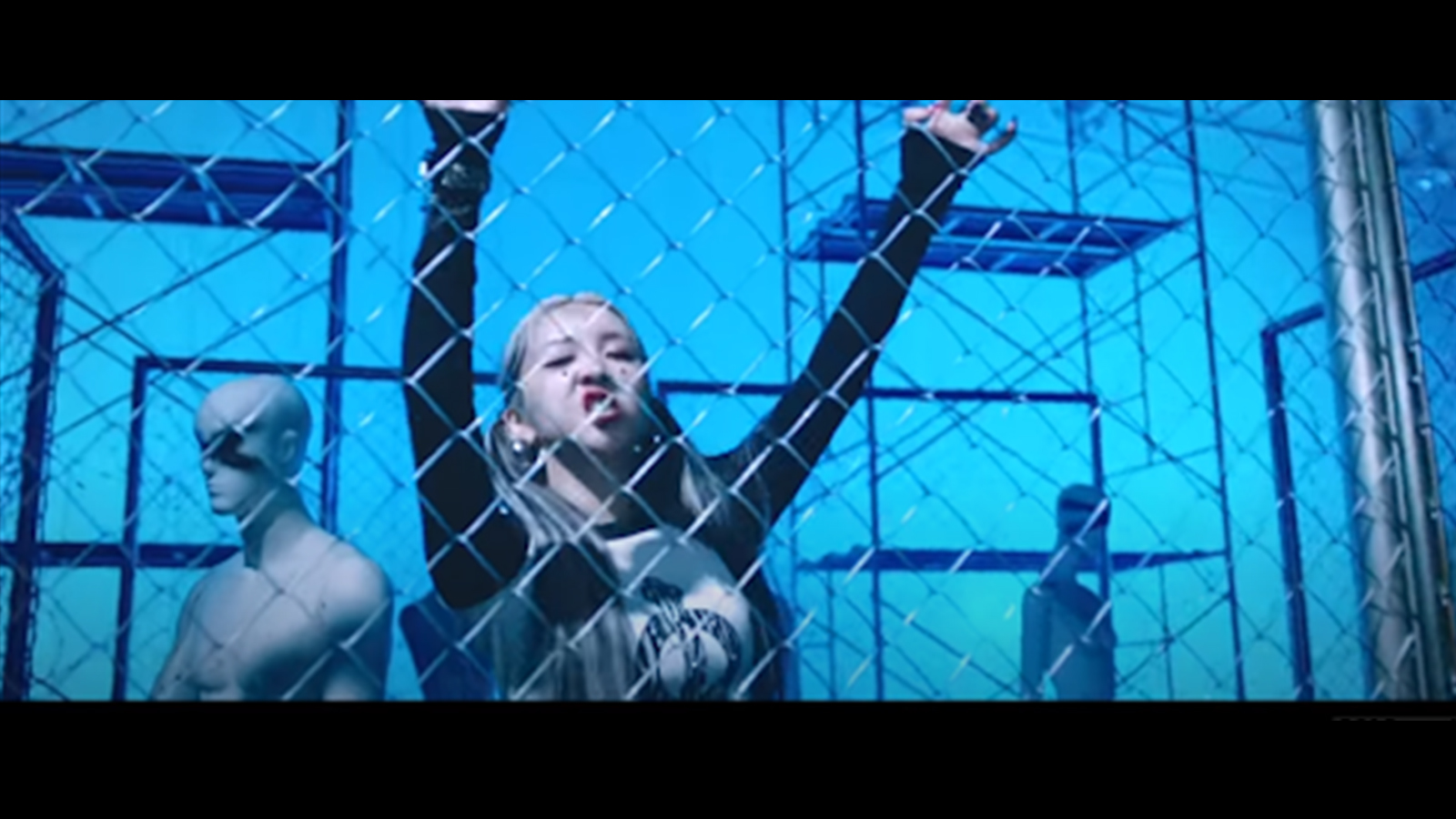 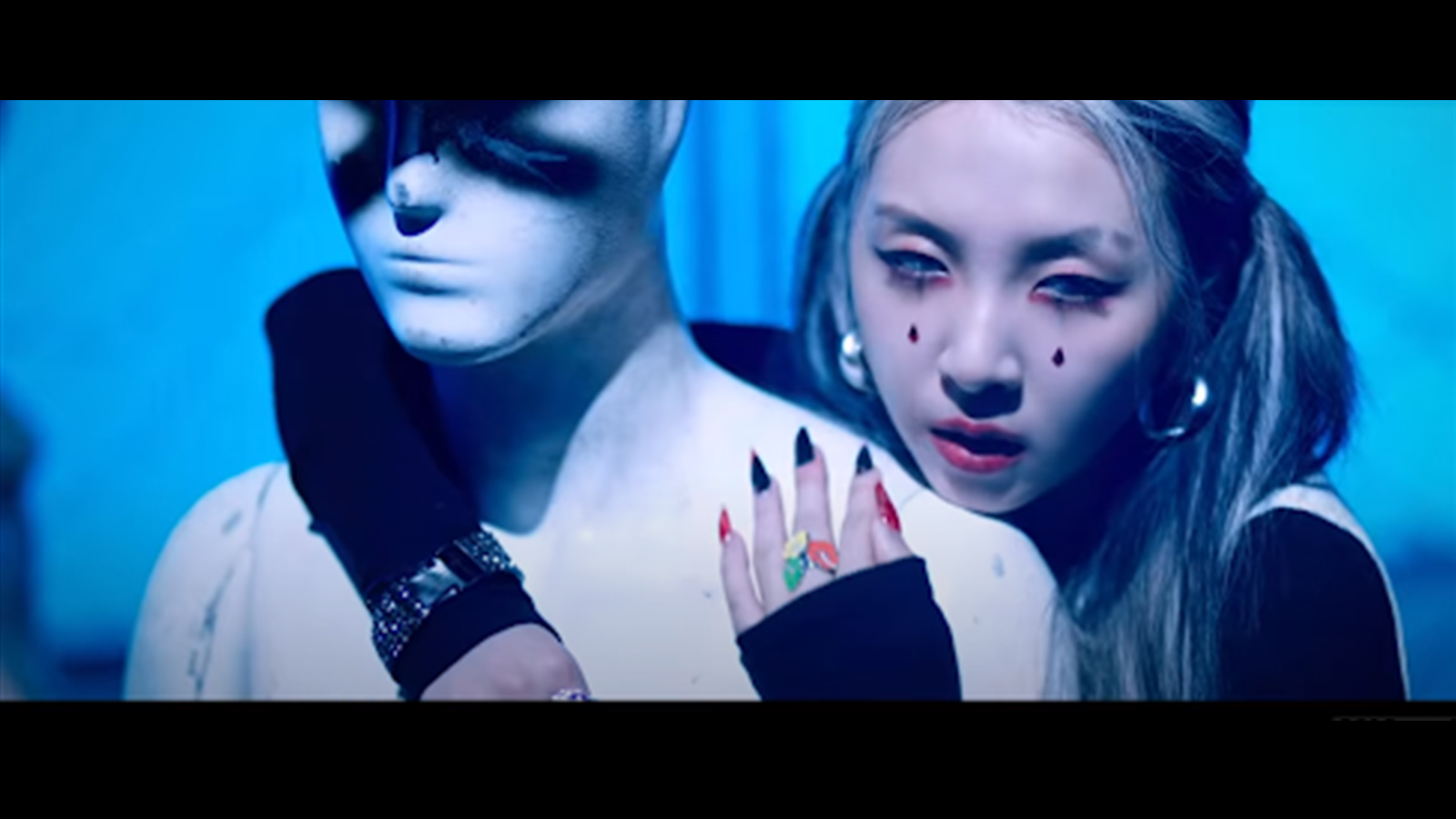 BM’s entry can be seen with burning cars and people fighting in the background which gives the feeling of yin and yang with a dark and cool pallet tone with powerful words. Whereas Jiwoo can be seen in different styles fighting with the pain inside while pulling off the blindfold from the manque which represents her suffering and is torn apart into pieces. The microphone in the MV represents all the men that harassed her. 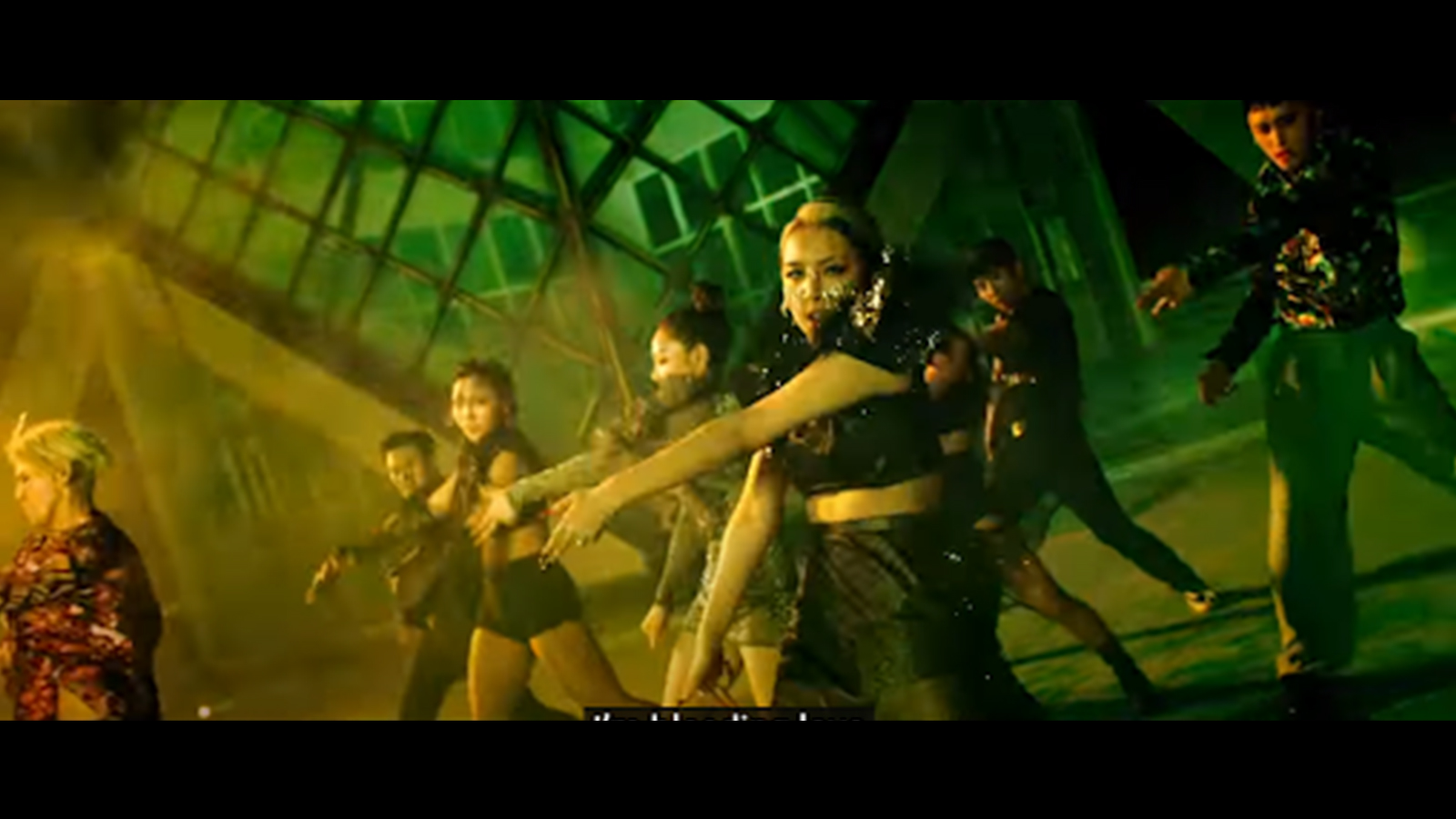 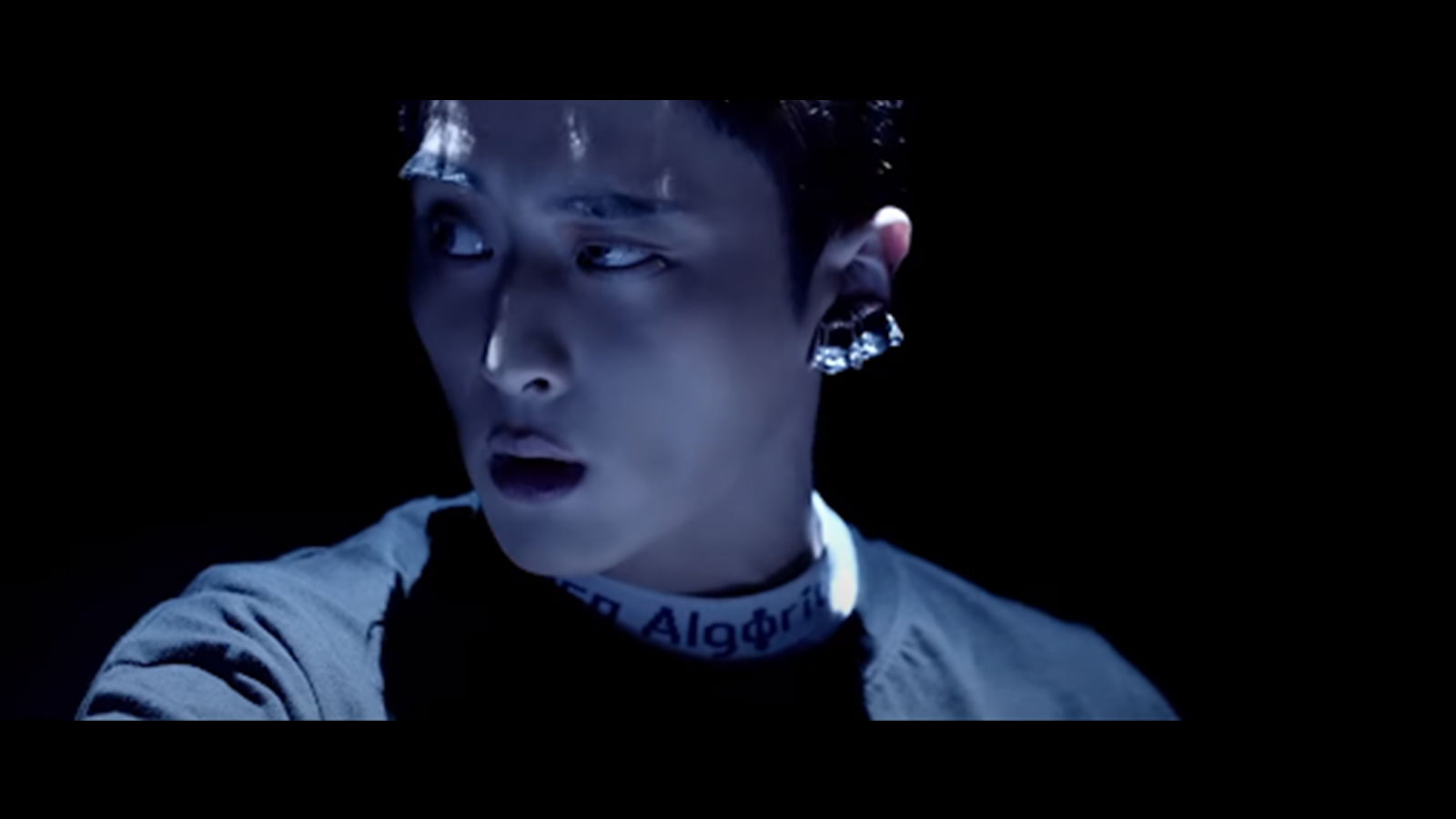 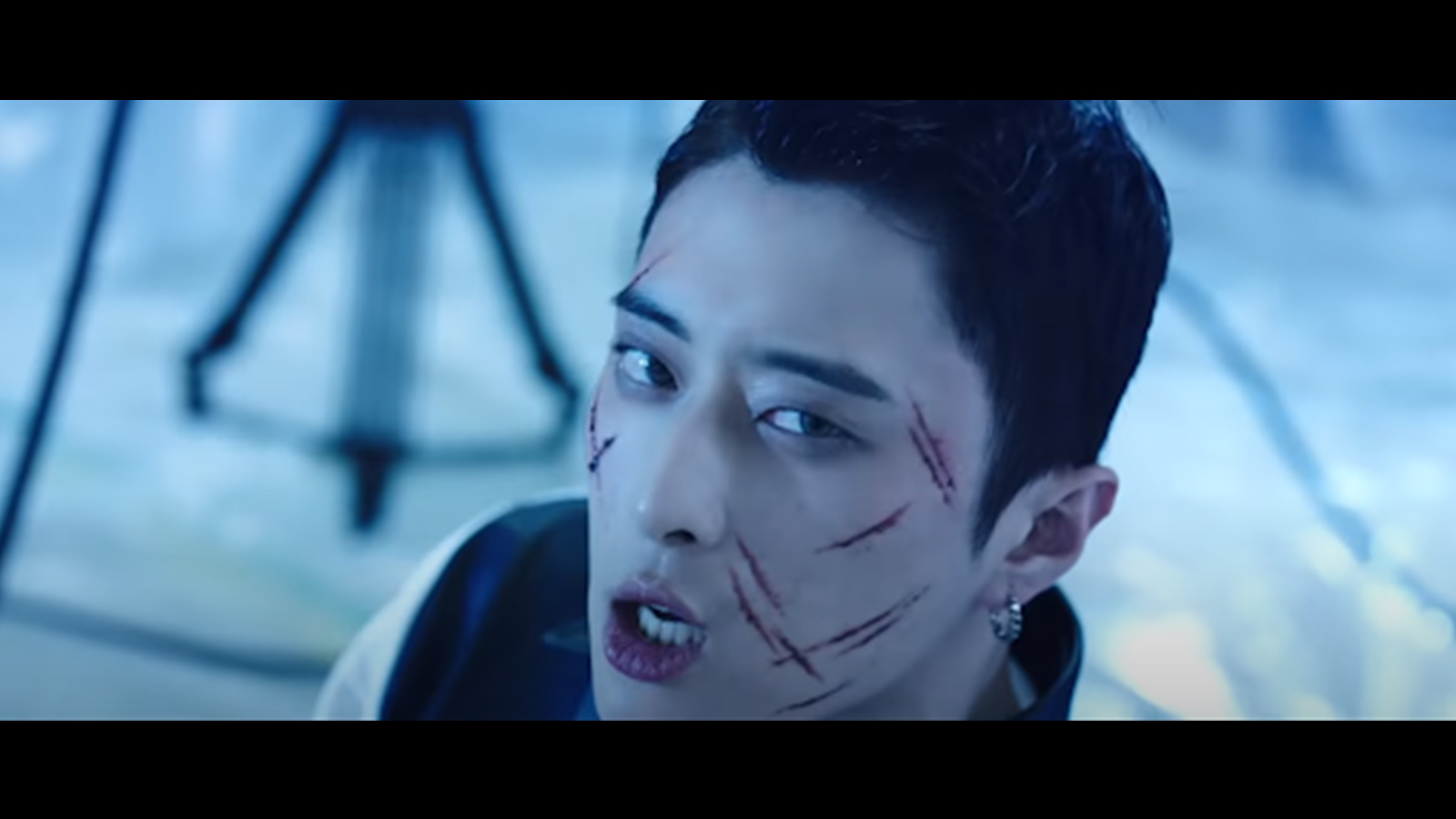 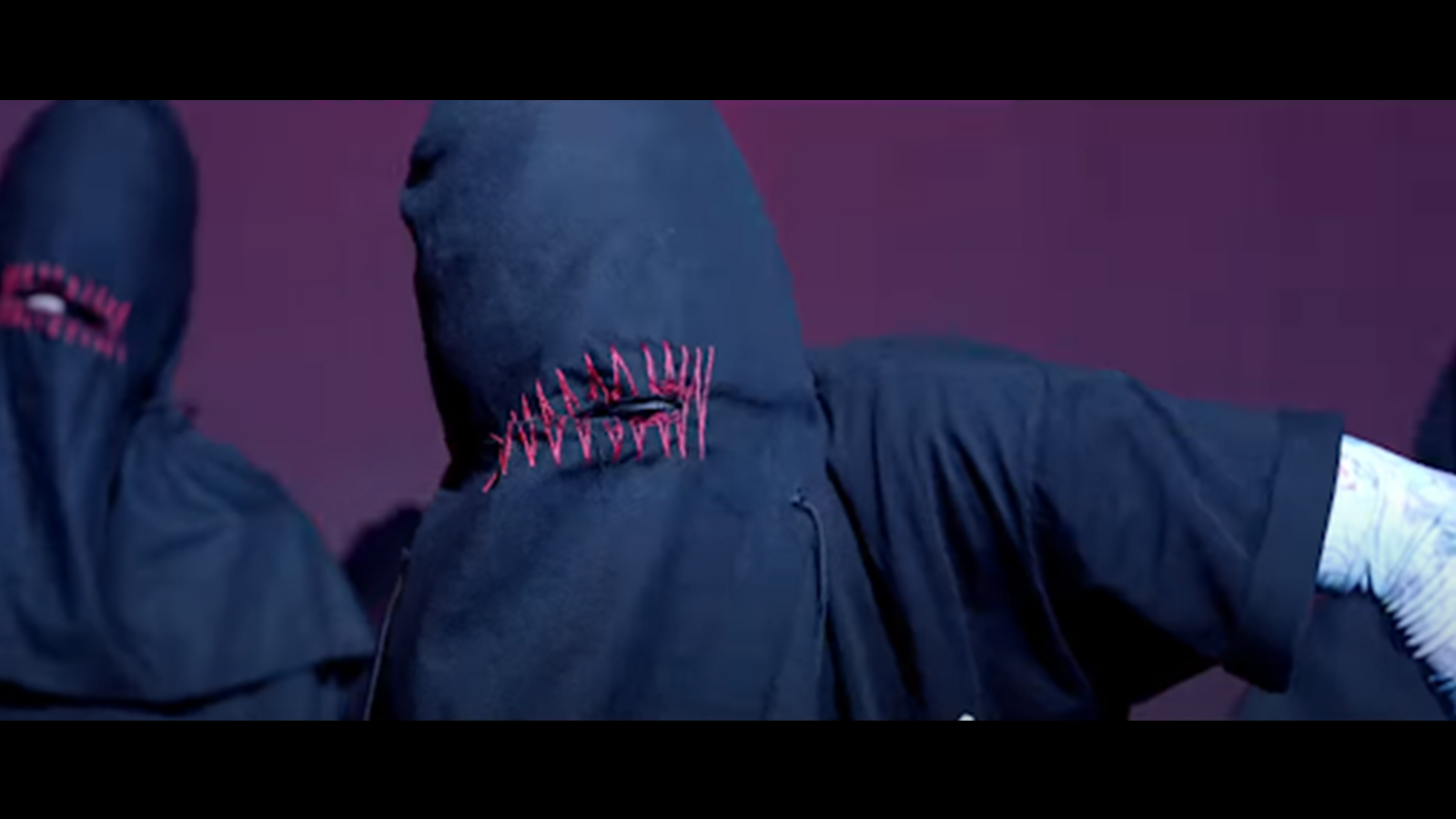 J.Seph can be seen sitting on the table with a briefcase and the mask people who represent cyberbullying and the internet trolls. The scene continues with smashing the computer screens. Followed by Jiwoo’s powerful vocals complementing in showcasing the pain that they have suffered. At the end of the video, two Jiwoo’s can be seen facing each other, and one of them pointing a paper gun on the other-self. So the mystery who was in the bodybag is solved in the end scene making the start of the MV its end.

My take on the MV with spoilers!

The MV GUNSHOT takes you through the journey of four members – BM, JSeph, Somin, and Jiwoo expressing their frustration about the online bullying and verbal abuse that person faces in their lifetime. The quartet tries to pass a message through their MV GUNSHOT that words can be harmful to people and leave a scar for the long term.

The MV dark concept and lyrics “They hit me like a gunshot / I’m bleeding love” highlights the current issue that is words can make or break someone.

GUNSHOT MV is catchy, aggressive, and in your face kind of song. In comparison, with their other massive releases, this one is on the lighter part. After listening to it multiple times, I am satisfied with the afterglow with the GUNSHOT MV. Just looking at their sadistic reactions in the song it does give the feeling of suicide squad vibe where you can see members covered with scratches surrounded by media portrayals such as including microphones, pencils, televisions, and surveillance cameras.

The GUNSHOT  MV is rapid distortion editing pared with a scene of members in a hypnotic trance with the background showing color contrasts between neon lighting, all-white sets, and warmer-toned scenes brightened with fire, keeps the viewer linked throughout out the MV.

GUNSHOT MV is a vocally centric track in which more focus is on the female members (the vocalists of the group), with the male members not receiving as much limelight this time around. I like the change as we get to hear it from a different perspective. Somin’s vocals snatch the spotlight in this MV for me as we can see how powerful her voice is in this MV  and Jiwoo she kills us with her Harley queen and black and white hair look which reminds me one of the characters Rogue from X-Men well if you fan of X-Men you might know it. Furthermore, GUNSHOT MV comes off a lot more melodically suitable for the song message of using words like bullets. The only thing I wish that they could have made J.seph and BM’s parts had just a bit more intense so we could I just felt a bit more intensity could have made both sections more memorable. Well, it still manages to come off powerful and in your face kind of the song. Additionally, I felt that GUNSHOT MV was camouflage by the rest of the instrumentals giving feel like more of a musical type. Also, one thing I would like the song could have to be a bit bolder shots on the word GUNSHOT chorus so it would be more captivating.

KARD has made an explanation video about the GUNSHOT MV as this is their first-ever theory-based MV and you can watch it over here. After watching the explanation video, I am a bit confused so this is what I got from the explanation. There are two worlds in MV the first world is where everyone is surrounded by the cameras in wounded condition and has to follow the rules. The second world is where the members are playing the role of criminals. Both the worlds are connected by the camera and the actions in the second world done are hurtful to the first world members. As the actions can be explained like yin and yan that one side can hurt the other side through the power of social media. It is a very interesting take on this scenario. At the end of the MV,  we see the both Jiwoo from the first and second world the same scene where she can be seen shooting her other self with a paper gun giving us a hint that how difficult it becomes when words trigger you in a bad way and you can’t take it anymore. The MV also hints that verbal abuse is not only within personal relationships but also within the broader society, the music video like its song contains a grand message that speaks volumes about how verbal abuse affects people.

KARD’s GUNSHOT MV explains two sides first karma what you do will always come back and the second one shows Jwoo’s imagination as it not possible for both to be in the same time frame and imagination cant do anything in reality. It is a very powerful and interesting MV to decipher. Additionally from the plot, I like the acting of the members where they can be seen in psycho mode.

GUNSHOT MV choreography looked cool with powerful dance moves and the gun action as they keep on pulling when they sing the title of the song making it captivating to watch. I enjoyed the MV’s energy, as the chorus is pure. You can check out the dance practice video here.

KARD has got everything checked rapping, singing, choreo the group has some real charisma and it is on full display here.  I can see myself going back to it again. This is one of the strongest comebacks of KARD. The message is loud and clear that they are always powering through even when people try to bring them down.

Verdict:
GUNSHOT MV is a hit with powerpack performance and strong message through MV to all those Hiddens who suffer from verbal abuse. As for Hiddens, the GUNSHOT MV would be the most impactful track of KARD and relatable one while making it to their new favorite list.GUNSHOT does stand out from their previous works and helps more depth to their musical work.

KARD’s future as the quartet is somewhat undetermined at the moment, given that J.Seph will likely get enlisted in the military after the promotions and this would be the last time us viewing them as a quartet. So enjoy streaming and supporting them as a quartet and don’t forget to check out the group promotions as they unfold!

See the MV for Gunshot and also the concept photos for each KARD member below:- 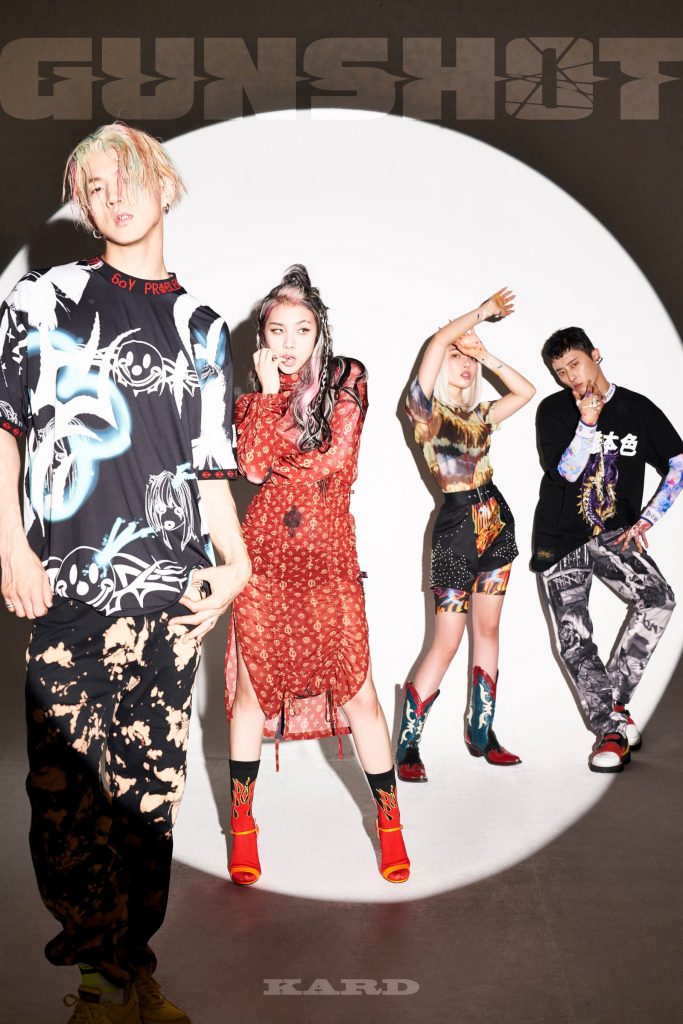 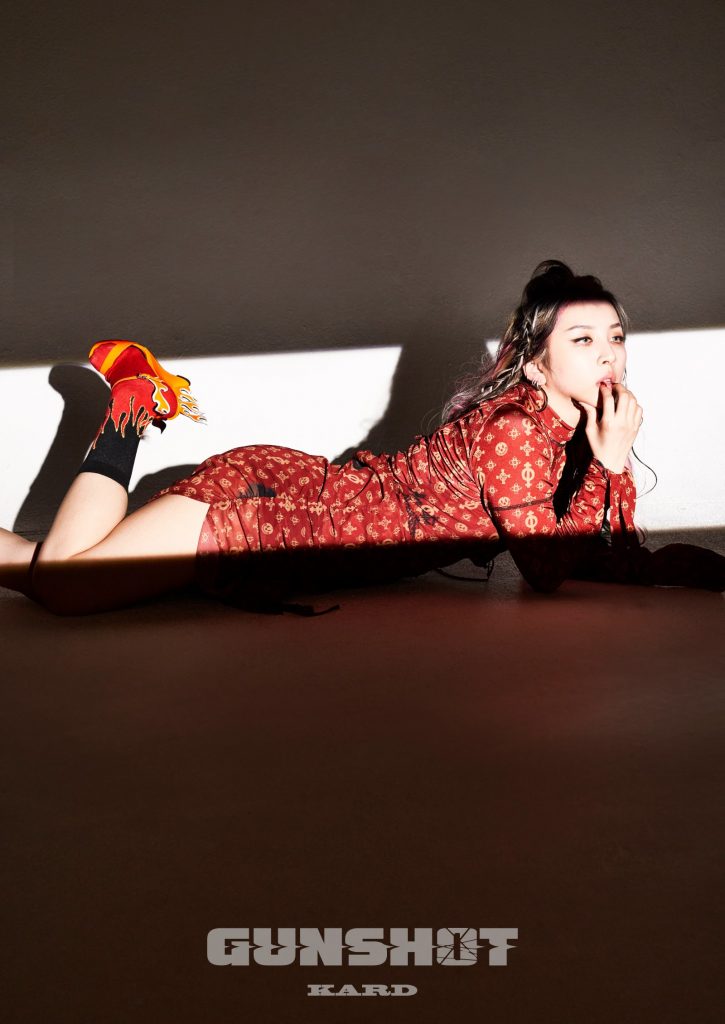 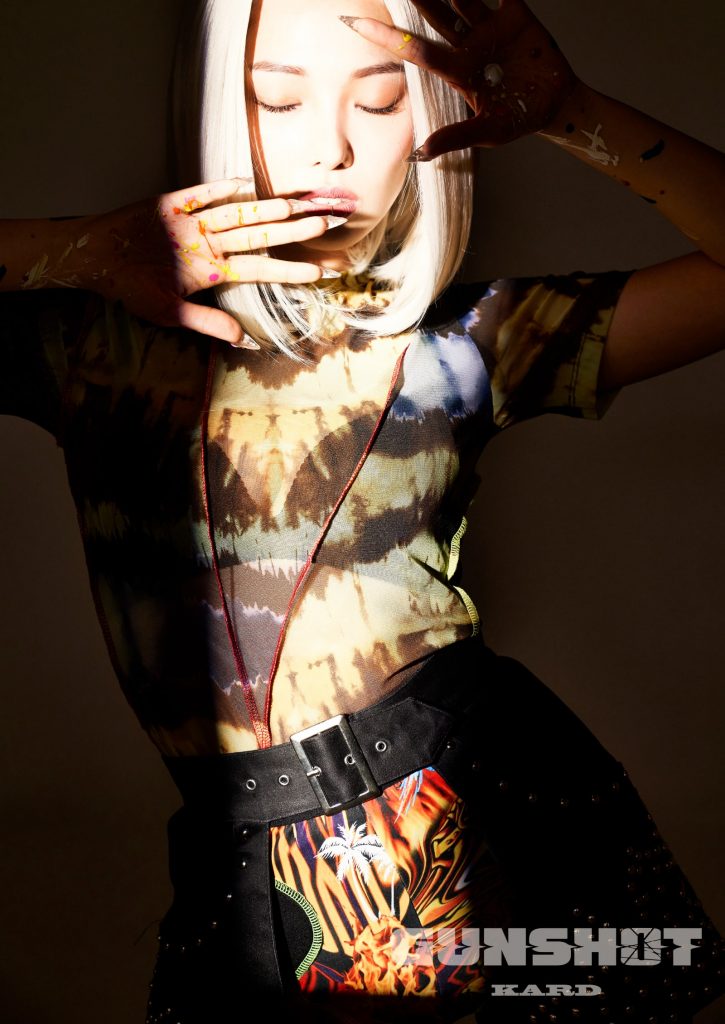 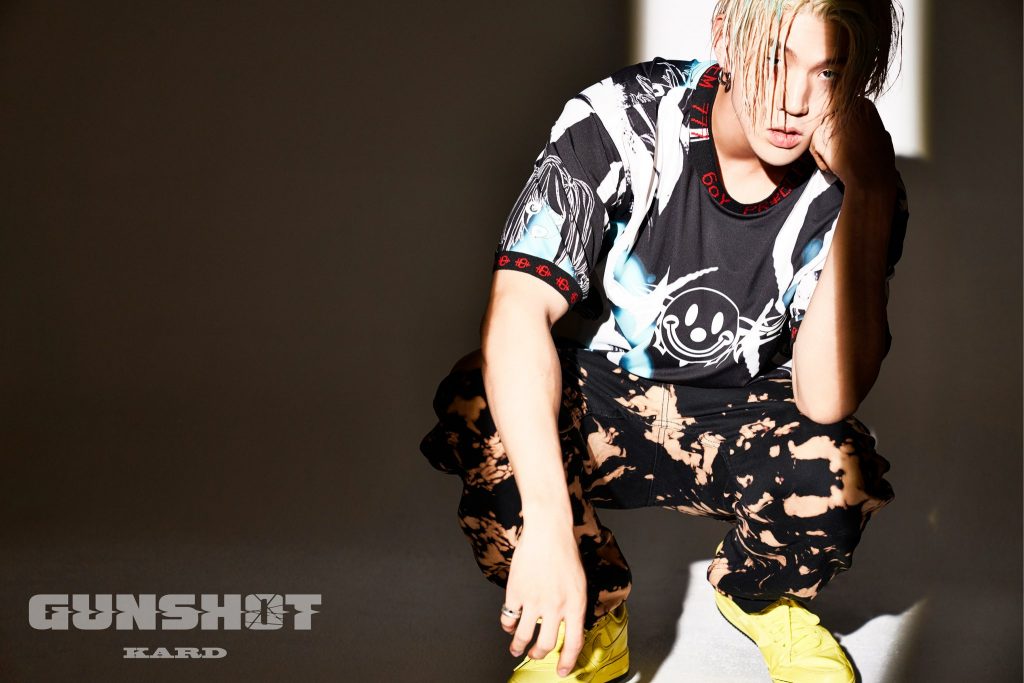 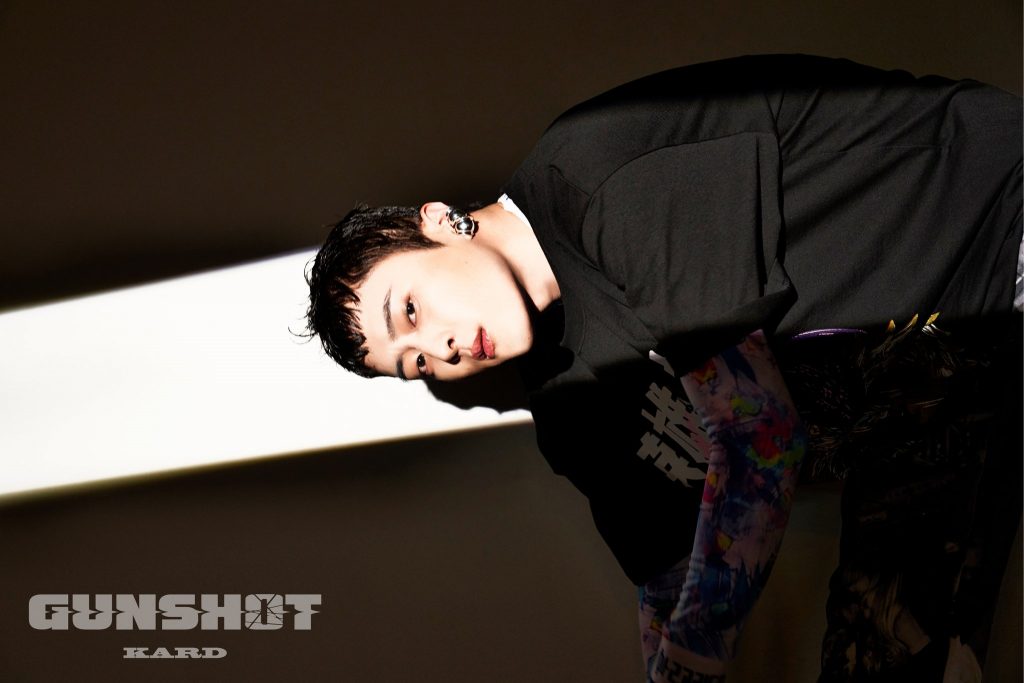 Do check their fanchant video below:

What were your thoughts on the MV? Do you agree or disagree with my review? Leave a comment down below! 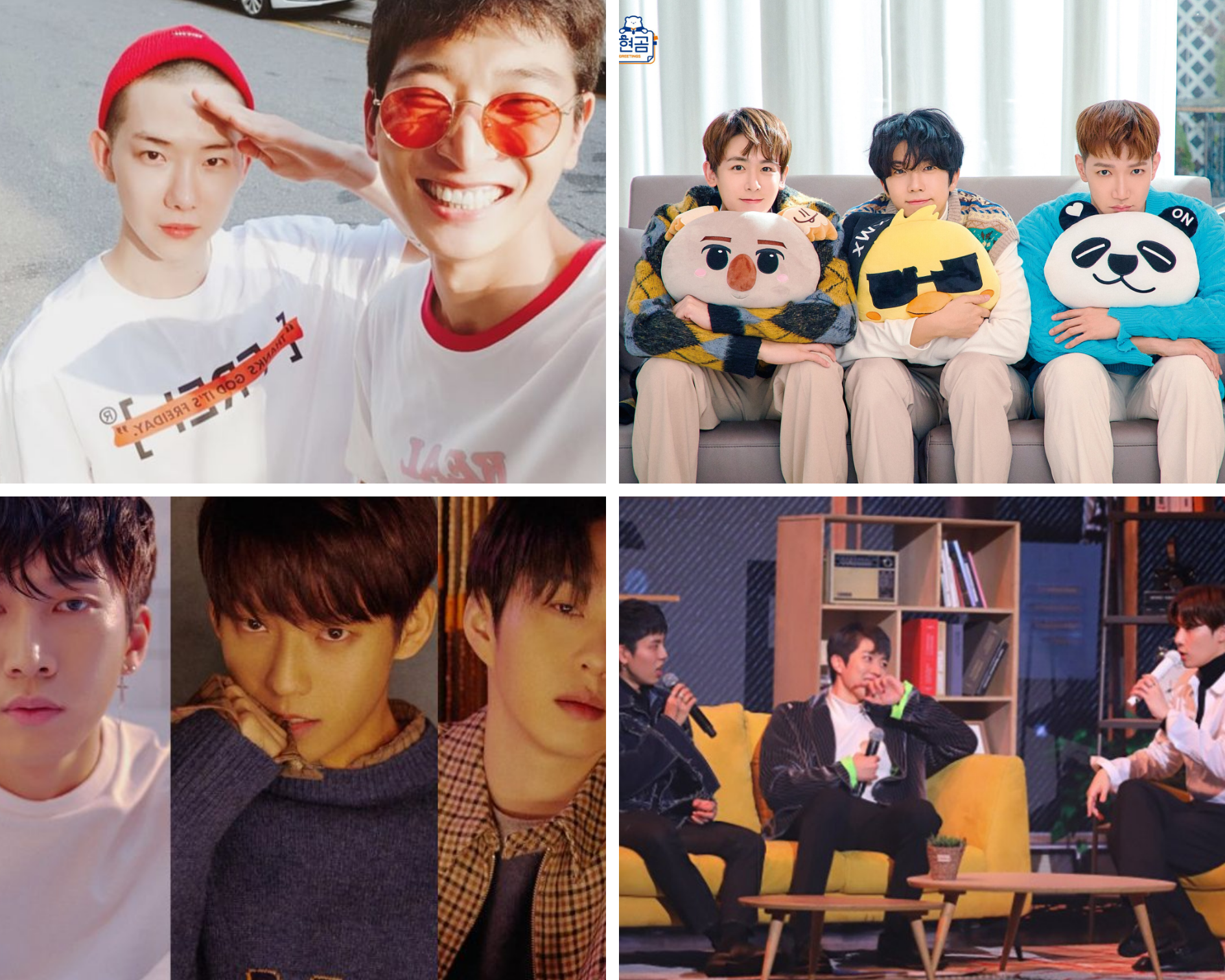 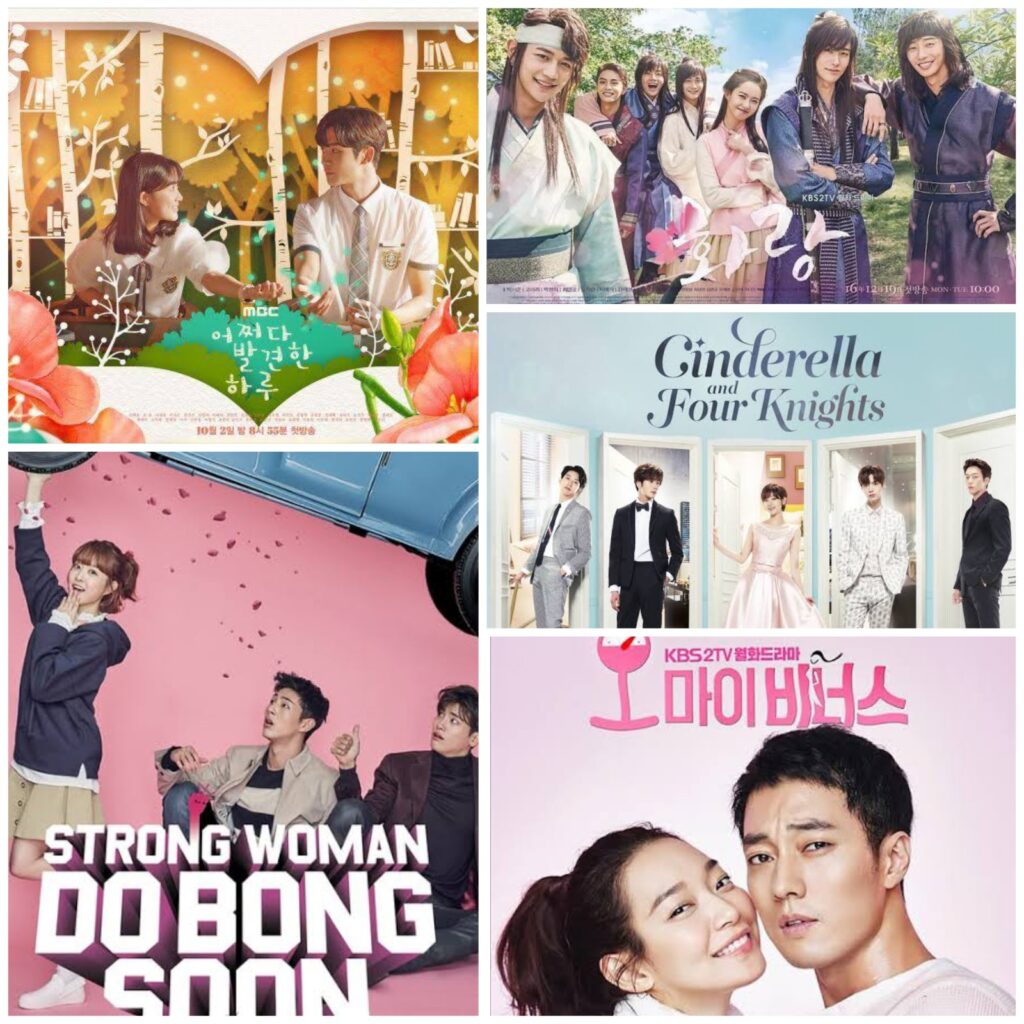 Indian MV ‘Shona Shona’; an INSPIRATION or PLAGIARISM from K-POP? 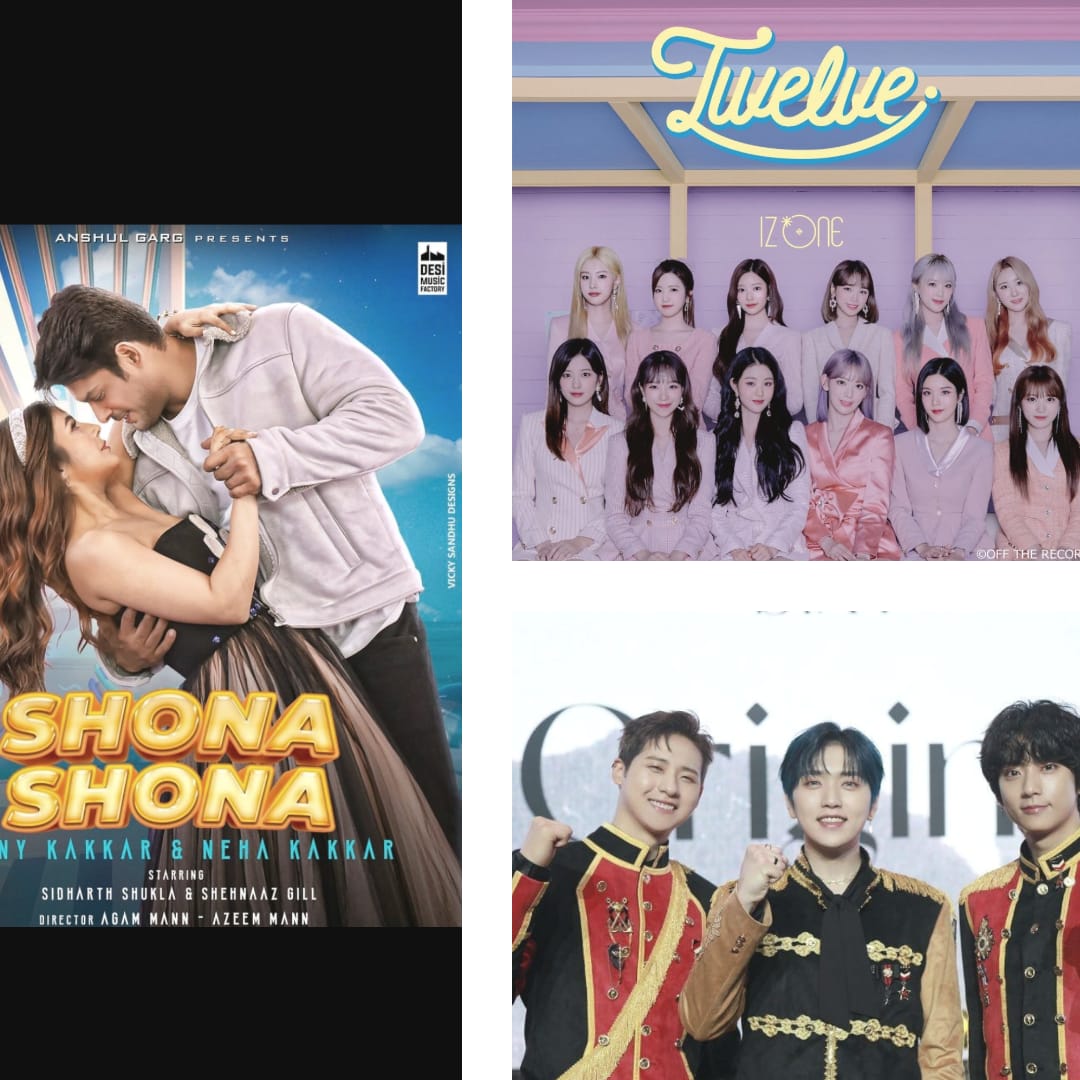 Tony Kakkar and Neha Kakkar’s new song Shona Shona featuring Sidharth Shukla and Shehnaaz Gill is currently under controversy for having notably similar scenes with B1A4’s Like A Movie and IZ*ONE’s Beware. 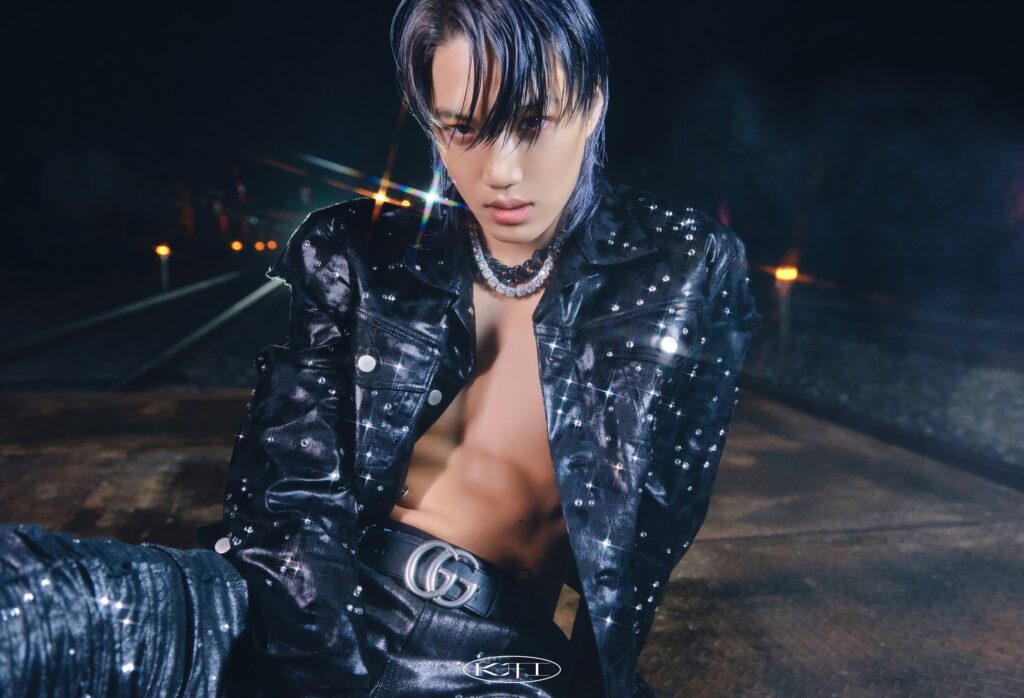 Indian MV ‘Shona Shona’; an INSPIRATION or PLAGIARISM from K-POP?

Tony Kakkar and Neha Kakkar’s new song Shona Shona featuring Sidharth Shukla and Shehnaaz Gill is currently under controversy for having notably similar scenes with B1A4’s Like A Movie and IZ*ONE’s Beware.