"I left you, so don't look for me. My love, BYE" is everyone's new muse

Member of K-Pop boygroup VIXX and singer and founder of two popular music labels GROOVL1N and THE L1VE, Ravi has surprised fans with a new single “BYE” featuring Whee In of Mamamoo.

The single dropped on 15th August 2022 and Ravi participated in the lyric writing as well as song composition of this single.

Ravi is an active member in the K-Pop industry wearing many hats of a rapper, singer, songwriter, record producer and founder of two music labels. ‘Bye’ marks Ravi’s first solo music since the release of his sophomore studio album Love&Fight in February 2022. That record was led by the single ‘Winner’ featuring rapper Ash Island, and included several collaborations with artists like Justhis, Xydo and (G)I-DLE’s Soyeon, among others.

Back in June, Ravi featured on singer-actor Seo In-guk’s single ‘My Love’, from his single album ‘LOVE&LOVE’

Also Read, Seo In Guk Unveils A Sentimental Music Video For ‘My Love’

Later that month, he also teamed up with his GROOVL1N artist Xydo for their ‘Dessert Tape’ EP.

Whee In is a South Korean pop singer singed with label THE L1VE for her solo activities. This label is Ravi’s second establishment by him following GROOVL1N in 2019. In contrast with GROOVL1N, which is hip-hop based, THE L1VE plans to host and support artists in various genres, thus, welcoming Whee In for her versatile style and genre. 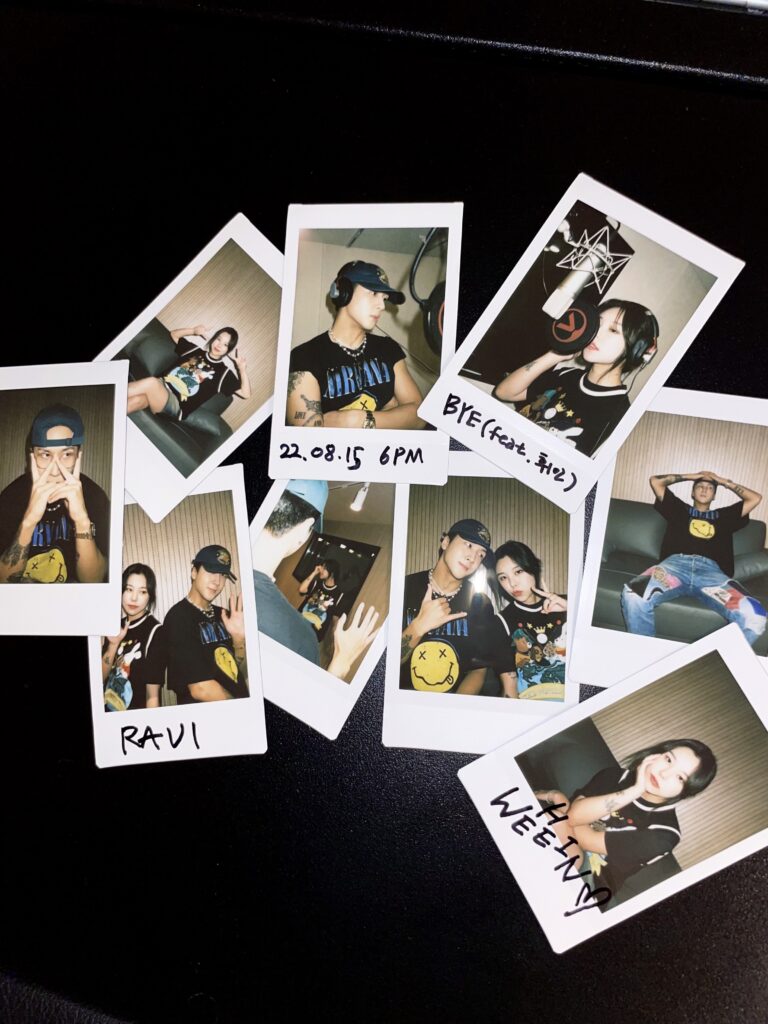 Whee In debuted in 2014 with the K-Pop girl-group MAMAMOO. She later began her solo career in 2018 starting with her single album, Magnolia.

In April 2021, she released her first solo mini-album REDD, which debuted at #7 on the Gaon Weekly Album Chart. She has since continued various activities participating in other artists’ album and drama OSTs.

Whee In’s second album Whee was her first release ever since she signed with THE L1VE in August 2021.

In other news, Mamamoo is in talks to return as a group with a new album and concert. To celebrate their 8th anniversary since their debut, the girls are said to be preparing for their comeback and supposed concert performances.

Have you listened to BYE yet? Tell us how much you liked it in the comments.