Wedding bells in the K-Town!

Actress Gong Hyo Jin and Singer Kevin Oh have announced their plans to get married!

On August 17, the actress and singer disclosed the news about their wedding. They will be holding a small wedding in New York, Kevin Oh’s hometown, this October.

Hello. This is Management SOOP.

Gong Hyo Jin and Kevin Oh will be starting a new chapter of their lives together.

As it is what the two wish for, they will be holding their wedding privately in October with only their close relatives and acquaintances present.

We ask for your generous understanding on not being able to share the detailed schedule and location.

Please send lots of blessings and support to the couple’s days ahead as they take a valuable first step forward in their lives.

Kevin Oh also posted a letter on his Instagram and shared a photograph of a music sheet, a song that he composed for which Hyo Jin added the lyrics. 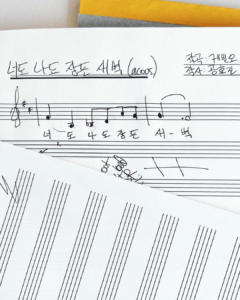 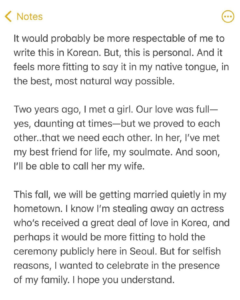 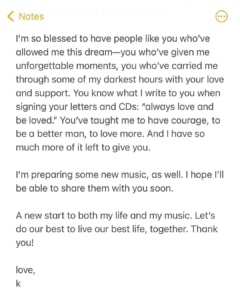 Previously, on April 1 2022, the couple publicly confirmed their relationship but denied wedding rumours that sparked during Son Hye Jin and Hyun Bin’s wedding, after Gong Hyo Jin caught the flower bouquet during the bouquet toss tradition.

The rumours were immediately addressed and denied. But the recently confirmed news has fans excited for Gong Hyo Jin and Kevin Oh!

Congratulations to the couple!