by Kuhu Singh
in Culture, Must_Read
0

The day significantly marks the end of 35 years of Japanese Rule, where Korean Culture was brutally repressed and the Koreans were forcibly drafted into the Japanese army for the Second World War. The National Liberation Day is signified as 광복절 (gwang-bok-jeol), which comes from the Korean words 광 (gwang) meaning “light”, 복 (bok) meaning “restoration”, and 절 (jeol) meaning “holiday”. Thus gwang-bok-jeol literally means “the day the light returned.”

Due to disastrous destruction of Korean intellect, “Gwang-bok-jeol” signifies the end of the dark period, and the return of light and hope. The words “restoration” and “return” are used to emphasize that Korea was a nation with its own rich culture and history for several centuries before the Japanese rule. Korean Independence marks an important landmark in its history shared with North Korea.

The day is observed as a public holiday in South Korea and is celebrated across the nation with festivities, ceremonies, and parades. The Gwang-bok-jeol celebrations start with an official ceremony held at the Independence Hall of Korea in Cheonan or at the Sejong Center for the Performing Arts, which is attended by the President. This ceremony can be watched on TV and online streams, and also attended in person. There is also an official 광복절 노래 (gwang-bok-jeol no-rae) or “Gwang-bok-jeol song”, sung at the ceremonies.

This year too, the newly-elected President Yoon Suk Yeol commenced the ceremony followed by the festivities.

In celebration, many homes, offices and streets display the Korean national flag, called 태극기 (tae-geuk-gi). The word 기 (gi) means flag or banner. 태극 (tae-geuk) relates to the source of the Yin and Yang. Thus, tae-geuk refers to the blue and red coloured Yin-Yang symbol seen on the flag of South Korea.  The red half represents positive cosmic forces, and the blue half represents the complementary negative cosmic forces, together denoting balance in the universe. 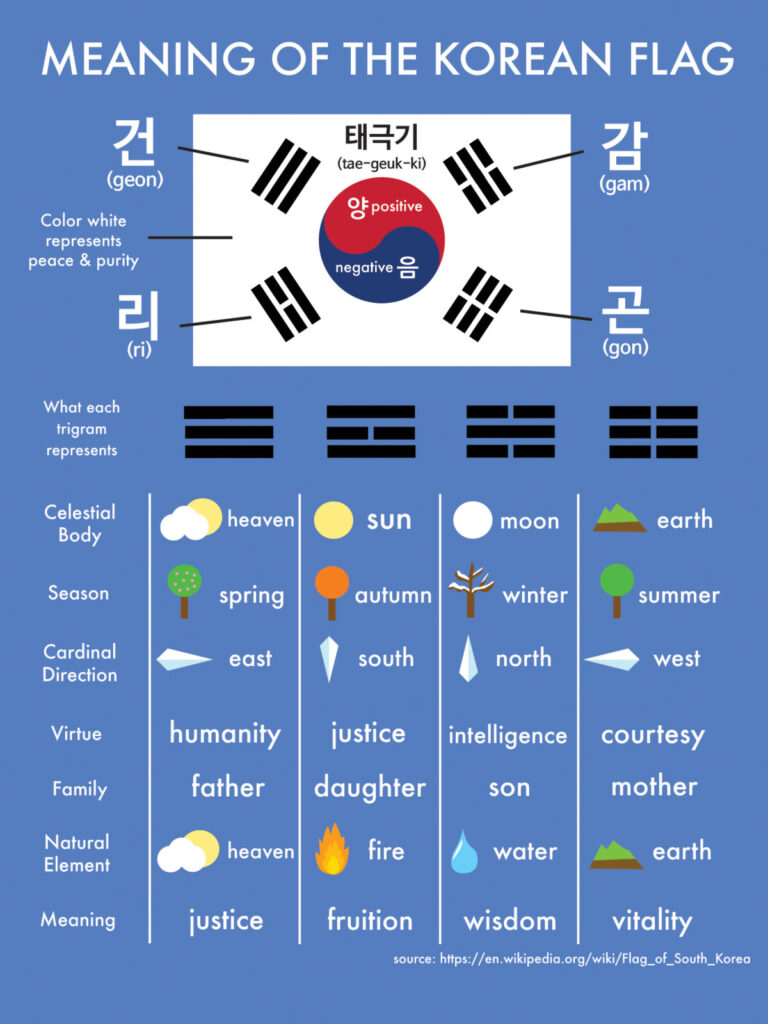