On November 12, Mark Tuan, a member of the popular K-Pop group GOT7, has dropped his new single and music video for ‘Last Breath’.

‘Last Breath’ is a raw and emotional journey of the artist with a little touch of the hip-hop genre. Through the track, the artist intends to display more of his emotions but at the same time, it is created and written in such a way that it can also relate to other people. The music video sees the artist in various different scenarios trying his hardest to let out the ‘Last Breath’ as the lyrics speak about the suffocation that is felt when he is with others. 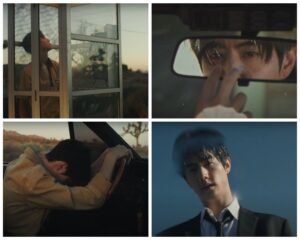 The track holds a special place in the artist’s heart as it conveys his emotions and journey in finding his own sound. The artist recently began his solo journey after GOT7 parted ways with JYP Entertainment. The track is also a precursor to the artist’s forthcoming debut solo album.

Through ‘Last Breath’, the artist intends to change the way that people perceive him and during his various interviews, the artist has also mentioned that he is trying to find the right balance between his image as a K-Pop idol and a solo artist. The artist has also made statements about the fun and joy he experienced while working as a solo artist and sincerely wishes to reach the fans heart through his art and music.

The success of ‘Last Breath’ can be seen as it has peaked on iTunes in 28 countries including India.