On January 11, industry representatives reported that Jay Park, former CEO of AOMG and H1GHR MUSIC is at present working towards launching a new label and a boy group under the same.

An insider from Kakao Entertainment shared,

“Jay Park is an artist currently active in various areas including as a singer, a producer, and much more. Kakao Entertainment is seeking to diversify its business in the music distribution market through numerous partnership opportunities, and it’s true that we are in the process of discussing possibilities for a business partnership with Jay Park. However, the exact details have yet to be confirmed.”

Another industry member added, “Jay Park has the capability to introduce a new wave in the K-Pop scene with his own style, just as J.Y. Park found success with many idol groups created in his own colour.” 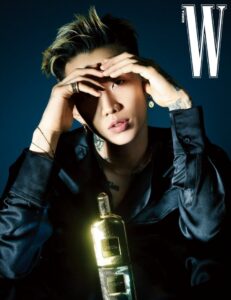 0n 31 December 2021, Jay Park posted a letter on his social media handles, Instagram and Twitter, regarding his decision to step down as CEO for AOMG and H1GHR MUSIC. In the letter, the artist expressed his gratitude to fans for their continued support throughout his journey. He further thanked the artists and staff under both companies for entrusting their futures there.

His letter was as follows,

After a lot of thought and taking time to organize my emotions I’ve decided to step down as the CEO of AOMG and H1GHR MUSIC. I know this may be shocking to a lot of people but I will remain as an advisor for both labels and we will continue to be a family and a crew. I want to thank all the fans that have trusted in me and supported me in all my endeavors and I hope you guys continue to support Aomg, H1ghr Music, and I and all the things we do for many years to come. As for all the Artists and employees at AOMG and H1ghr music, I want to sincerely thank you guys for entrusting your futures at these two labels that i’ve founded and it’s really an honor to build this together and to continue to make history side by side. I don’t take it for granted for one second and it will always be near and dear to my heart. Im not perfect but I’ve always tried my best and I will continue to try my best. I love you all. Thank you and Happy new year.

After the announcement, the artist further took down his Instagram handle. Though Jay Park has stepped down as CEO, he will continue to stay as an advisor for AOMG and H1GHR MUSIC.

In other news, Jay Park gifted fans with a New Year present His single titled “To Life,” dropped on January 1 at 6 PM KST. Have you heard it yet?

Do let us know what you think about Jay Park’s plan to launch a new boy group.