The official date for GOT7’s comeback is out!!

On May 9, which happens to be their fandom’s anniversary, the group gifted fans with their upcoming comeback’s very first teaser and official date. 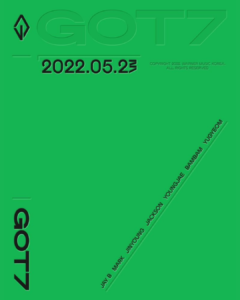 GOT7 is gearing up to release a self-titled album this month, which will mark their first ever album release after parting ways with JYP Entertainment.

The group’s previous and first release, after leaving JYP, was the digital single “ENCORE” back in February 2021.

The boys even launched new social media accounts on Instagram, Twitter, and Tik Tok ahead of their comeback.

Happy anniversary Ahgase! Hope your day was splendid with this great news!

What kind of music do you think the members have in store for us? Comment away!