by Ranjini
in K-DRAMA, K-Movies, News
0

Actress Kang Soo Yeon passed away at the age of 55.

Kang Soo Yeon was discovered in cardiac arrest at her home in Apgujeong, Gangnam, Seoul, around 5 p.m. on May 5 KST.
She was brought to a local hospital after getting CPR and care, but she never regained consciousness.

The actress passed away in the presence of her family at Gangnam Severance Hospital on May 7 at 3 p.m. KST. Her body is currently in Samsung Medical Center, and her funeral is scheduled for May 11. 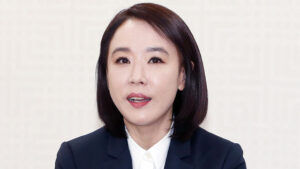 Kang Soo Yeon was born in 1966 and began her career as a child actress in 1969. She was in a number of films, including “3 Stars,” “Hanji,” and “Jury,” and won an award for her work in “The Surrogate Woman” and “Come Come Come Upward.” She has just finished filming for the upcoming Netflix feature “JUNG E” without the help of an agency.

Our heartfelt sympathies go out to Kang Soo Yeon’s family and friends..