We are sure that the member's feel warmed!

The community of Musician Buddy Collection is known for gathering BUDDYs from various parts of the world to work on music projects related to girl-group GFRIEND. On December 25, they released an original album dedicated to the members of the girl group.

Following the group’s disbandment this year, fans released the track ‘We’ll Stay’ to show support for the individual careers of the members. ‘We’ll Stay’ is the main song of the album that contains a total of five tracks, where the song is available in four different versions. 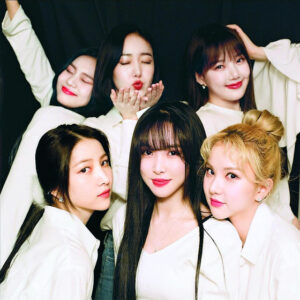 The track features the voices of BUDDYs from 16 countries and the global version is created with lyrics in different languages including, Mandarin, English, French, Tagalog, and Spanish.

This fan project has received attention from BUDDYs worldwide for the effort of working on every part from scratch, and the emotions that were invested in expressing their feelings of morale and support for the members.

The complete album will be available on music platforms like Apple Music and Spotify on January 16, 2022 – GFRIEND’s Debut Anniversary. The global version is available on their official YouTube channel.

Have you checked it out yet?

B.I Becomes The First Asian Artist To Perform At The GRAMMY’s Global Spin