BUDDYs, are you ready!?

The new female group VIVIZ is now set to debut!

Former GFRIEND members SinB, Eunha, and Umji have signed with Big Planet Made and is set to debut as a three-member female group called VIVIZ in October 2021.

On January 14th Big Planet Made announced, “VIVIZ is preparing their itinerary intending to launch in February.” 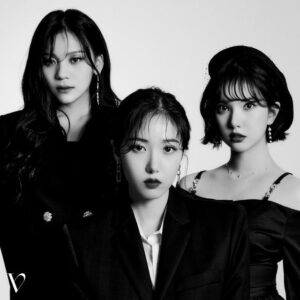 VIVIZ stands for “VIVId dayZ” and denotes that the members of the group will grow into artists who are confident in expressing their colours in the world. It’s also an acronym of the three members’ names (Eunha and SinB’s true names are both Eun Bi, and “Bi” in Korean is pronounced like “VI,” while “Ji” in “Umji” is pronounced like Z).

Following the disbandment of GFRIEND and their exit from Source Music in May 2021, Yerin and Sowon began acting careers with Sublime Artist Agency and IOK Company, respectively, while Yuju joined with KONNECT Entertainment and is presently working on her solo debut.