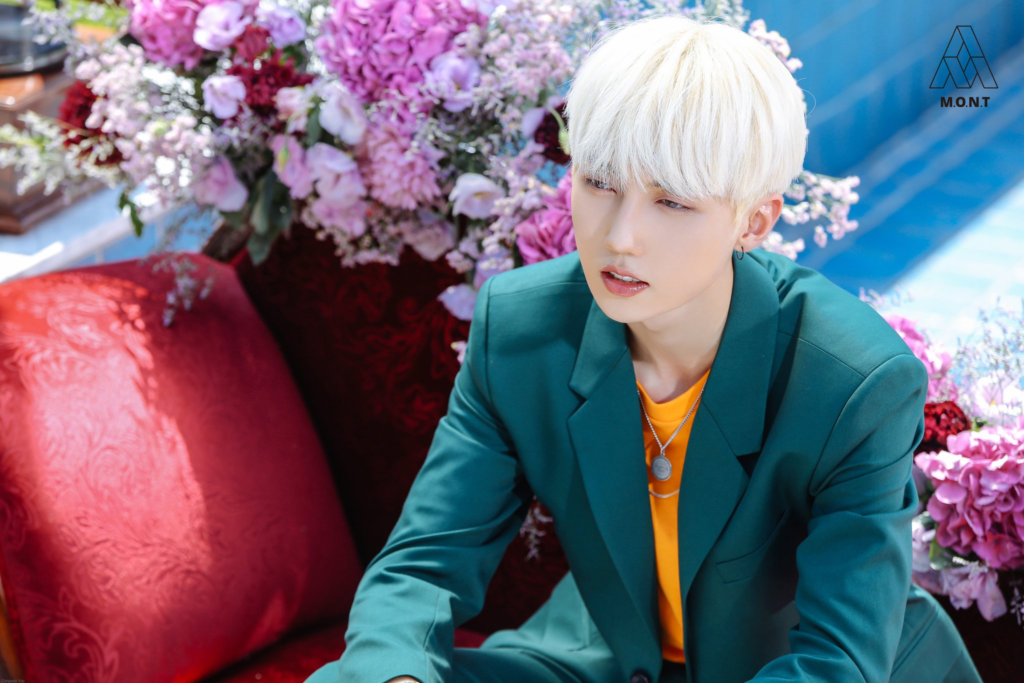 M.ON.T is a three-member K-POP boy group signed under FM Entertainment, consisting of Narachan, Bit SaeOn, and Roda. They were first seen in JTBC’s survival show, ‘Mix Nine’ and thereafter gained recognition hence establishing their fanbase and touring across the world even before their official debut! Read on for our exclusive interview with Roda.

In the past few years, K-POP has gained a lot of recognition in the Indian soil. Adding on to that, because of the pandemic , we had to quarantine since the past year and it gave people from different age groups an opportunity to be introduced to many new music genres. K-POP is one of those genres that has picked up its pace extremely well in India and although most of the new Hallyu fans now seem to know more about the globally famous groups, Indian fans who have been K-POP fans for long needs no introduction to M.O.N.T, an amazing underrated group.

M.ON.T after all, has a sizable amount of Indian MINTS (their fandom name)  and that is the reason why they have performed in the country 3 times!  Back in 2018, the boys owned the stage and captured everyone’s heart with their performance at Hornbill International Music Festival held in Nagaland, after which they held another concert in Manipur. Their last visit to India was with the ‘MONT for YOU’ tour, when they enlightened the fans of Mumbai, Delhi, and Bangalore with their amazing performances and stage presence, not forgetting their epic cover of Bollywood songs!

Their 2018 concert at Dimapur, Nagaland remains the biggest K-POP concert in India as it saw an attendance of more than 10,000 fans.

M.O.N.T’s Maknae* Roda, recently had his solo comeback with the track, ‘ANXIOUS’ and also opened his first online gallery, ‘The Nutcracker’. From a very young age, Roda has had passion for music and art, and has always given his all to bring out the best in him while working on things he is passionate about. More than a month after his solo comeback, Roda spoke about his music, his inspiration and more. The rapper who wishes to collaborate with Zico, bares his all in this exclusive interview. 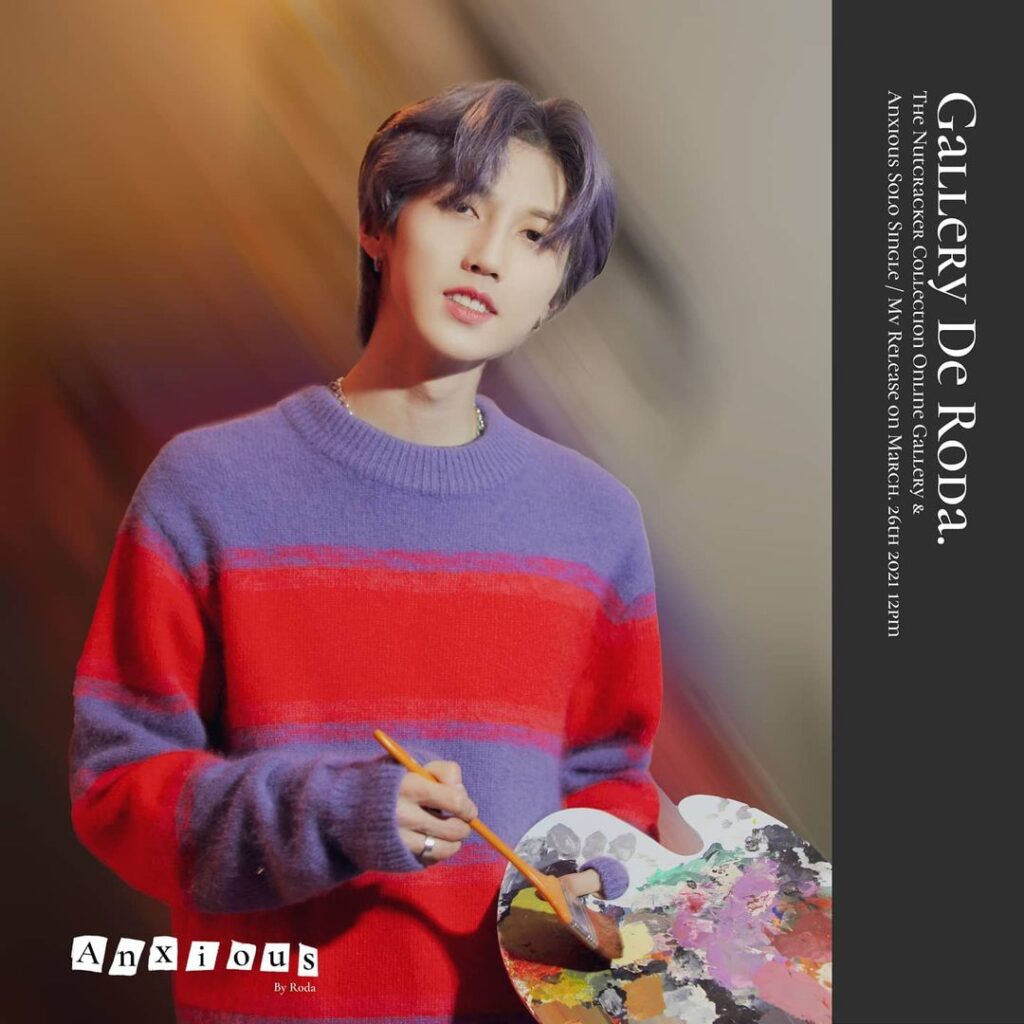 Namaste Hallyu (NH): We are so excited about the online gallery, ‘The Nutcracker’! It looks like it’s one of a kind and we would love to know what it is all about.

Roda: Thank you! Yes, I have recently released my online gallery . I was inspired by my music and vice versa. Each piece has its own meaning behind it so, I hope my fans can check them out and interpret their own meanings and enjoy the gallery.

NH: How did this idea and concept come into being?

Roda : I get inspiration from music and art from real life, daily life. I also read a lot and I think that helps me. 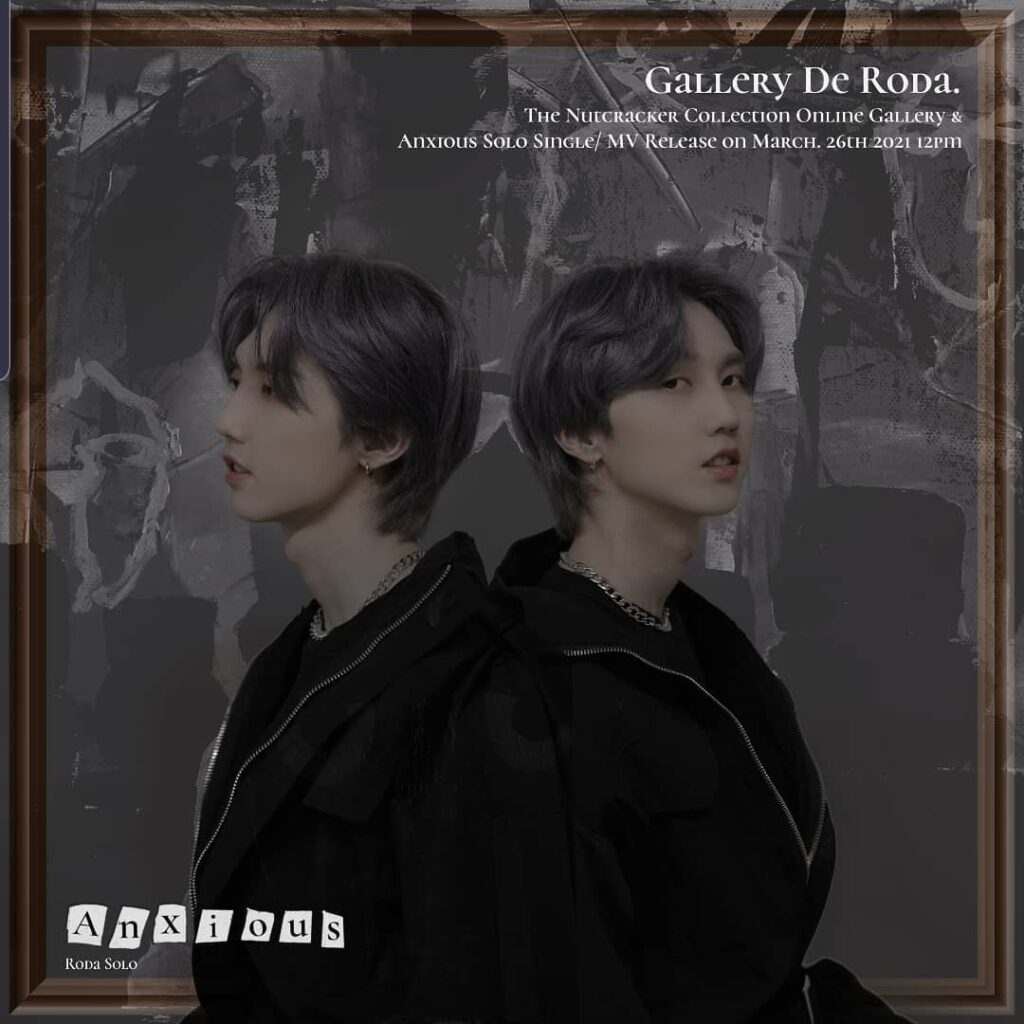 NH: You recently released a new song, ‘Anxious’ and your fans have been loving it. Could you tell us more about it and the song writing process behind it?

Roda : My new song is called ‘ANXIOUS’. Hence it is a song about being anxious, burdened, nervous, etc. Basically the song is about all the types of emotions. I personally composed, wrote, and arranged the track by myself and it is song about all the emotions I felt while writing it. I am sure all of us must have had times where we feel anxious, so, I hope people can connect and empathize with my song.

NH: How is it different promoting solo and promoting with the group?

Roda : I mean, creating music solo, has pros and cons. The plus side is I have the freedom to make the song as I will but the con is that, I don’t have my Hyungs* to back me up for the points that I lack because when I’m promoting  solo, everything is up to me.

NH: You have been participating in creating a lot of songs, which is your favourite so far?

Roda: Even though I love all my songs. I would like to say ‘ANTI-HERO’ and my new song ‘ANXIOUS.’

NH: We remember in our previous interview, you had named the song that was released. Does your favourite song keep getting changed every time you release new songs?
Roda : Not really (breaks into laughter) but as ANXIOUS is my song,  it is my favourite because it is something that I worked really hard for. I really hope my fans can connect with this song.

NH:  If you were to give a timeline, when did your interest in art and music begin?
Roda: I have been drawing since the time I was 10 years old. Everyone around me encouraged me and I guess that’s how I got started and began to show more interest in art. As for music, it was in middle school  that I got into Hip-Hop and that’s how I started my love for music.

NH: When you write music, where do you draw your Inspiration from?
Roda: I get my inspiration from my art, music in general and from the books that I read.

NH: With the whole Covid-19, things have come to a standstill but M.O.N.T as a group as well as individuals have been giving us a lot of content, how do you stay inspired?
Roda:  As you know, I had my big projects, my song and my gallery and my fans and the people around me have shown constant love and encouragement. So, even though I am not able to give a concert, I am still satisfied and happy as I can meet the fans through our music and that is how I stay inspired. We also recently released a lyric video called, ‘Bottle’ and we hope you like it.

NH: Any message to your fans.
Roda:  I hope fans would come to the online gallery often. I plan to keep making more art so, please look forward to it. I hope we can all meet again in a better time so until then, please stay safe.

We are so grateful to Roda for taking out time to answer some of our questions and hence, connecting with MINTs through the interview. We cannot wait for this pandemic to get over and have one of our favorite artists, M.O.N.T, perform once again in India. In the meanwhile, do check out Roda’s other song, ‘Lethargy’.

One Response to “EXCLUSIVE: M.O.N.T ‘s Roda Talks About his Solo Track, Online Gallery, and More” 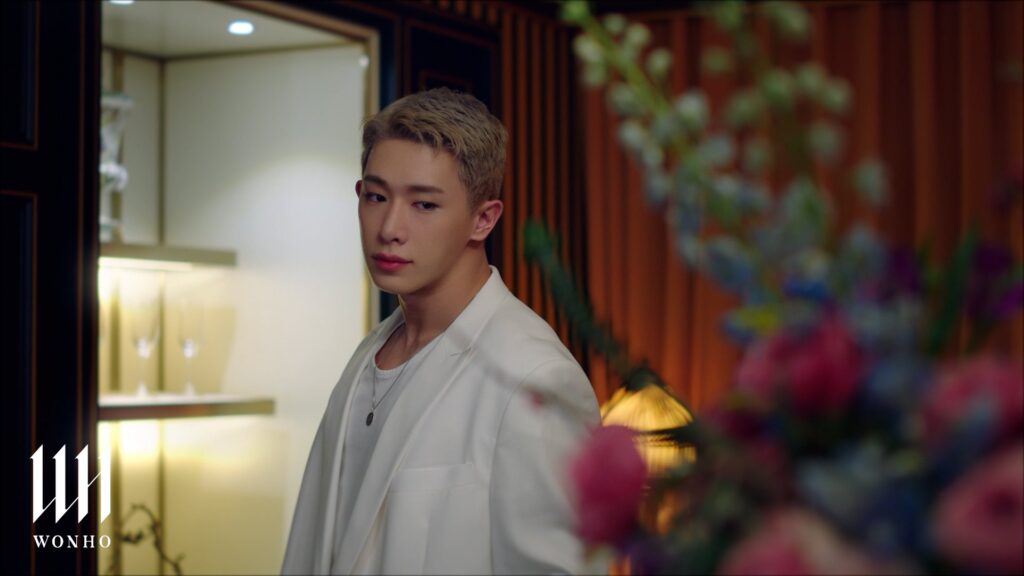 M.ON.T is a three-member K-POP boy group signed under FM Entertainment, consisting of Narachan, Bit SaeOn, and Roda. They were first seen in JTBC’s survival show, ‘Mix Nine’ and thereafter gained recognition hence establishing their fanbase and touring across the world even before their official debut! Read on for our exclusive interview with Roda. 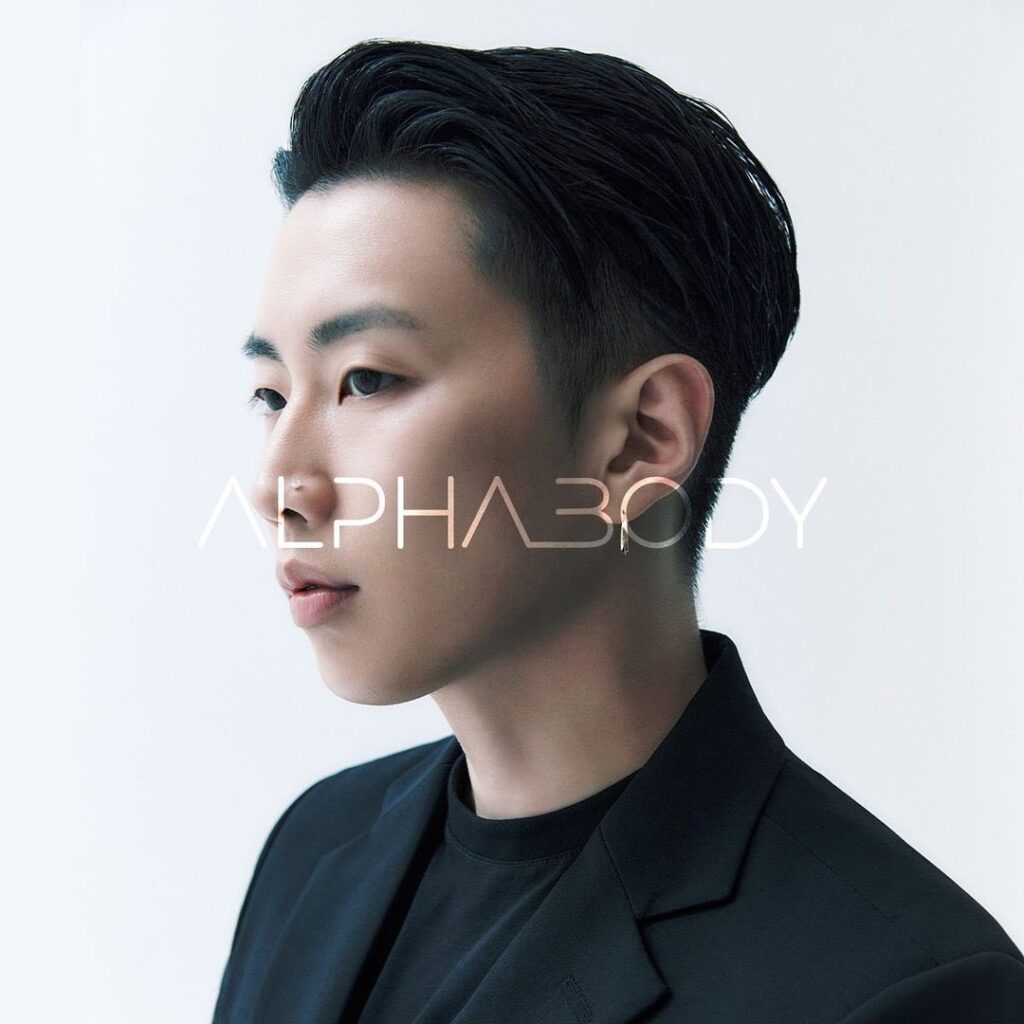 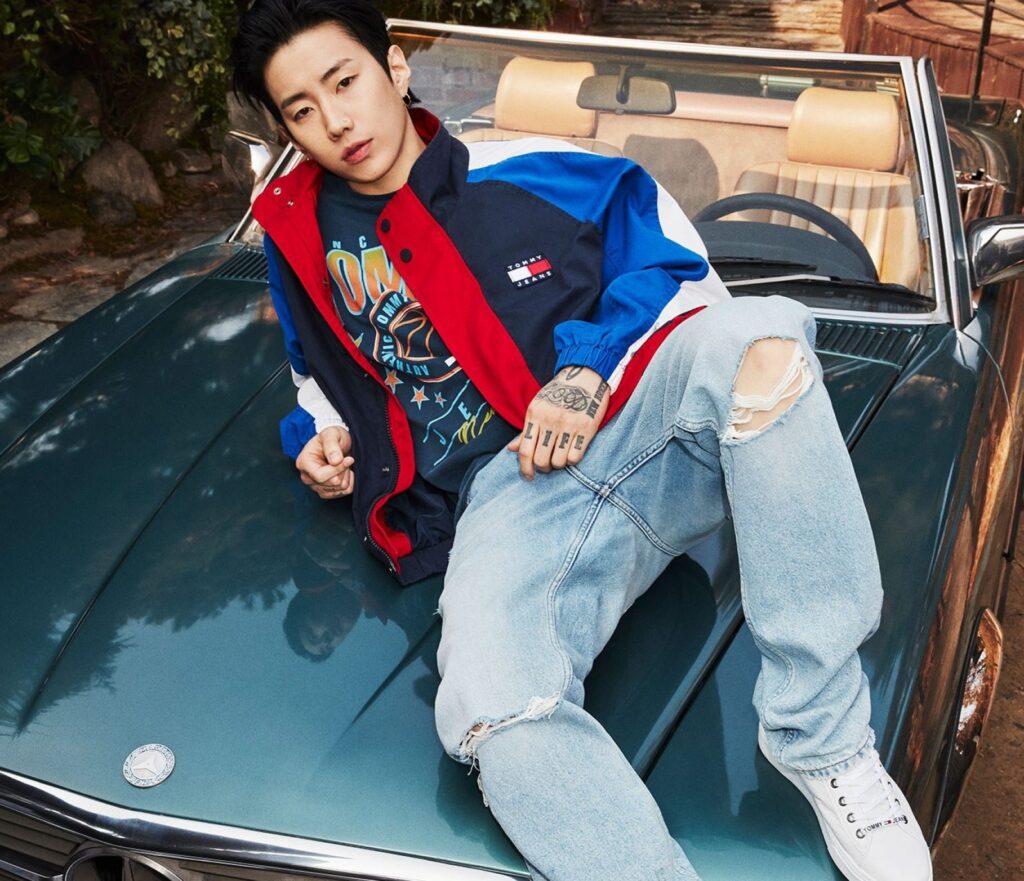 A digital concert in conjunction with Tommy Jeans’s “Luv The World” capsule collection.