by Contributor
in K-Music, Must_Read, Review
0 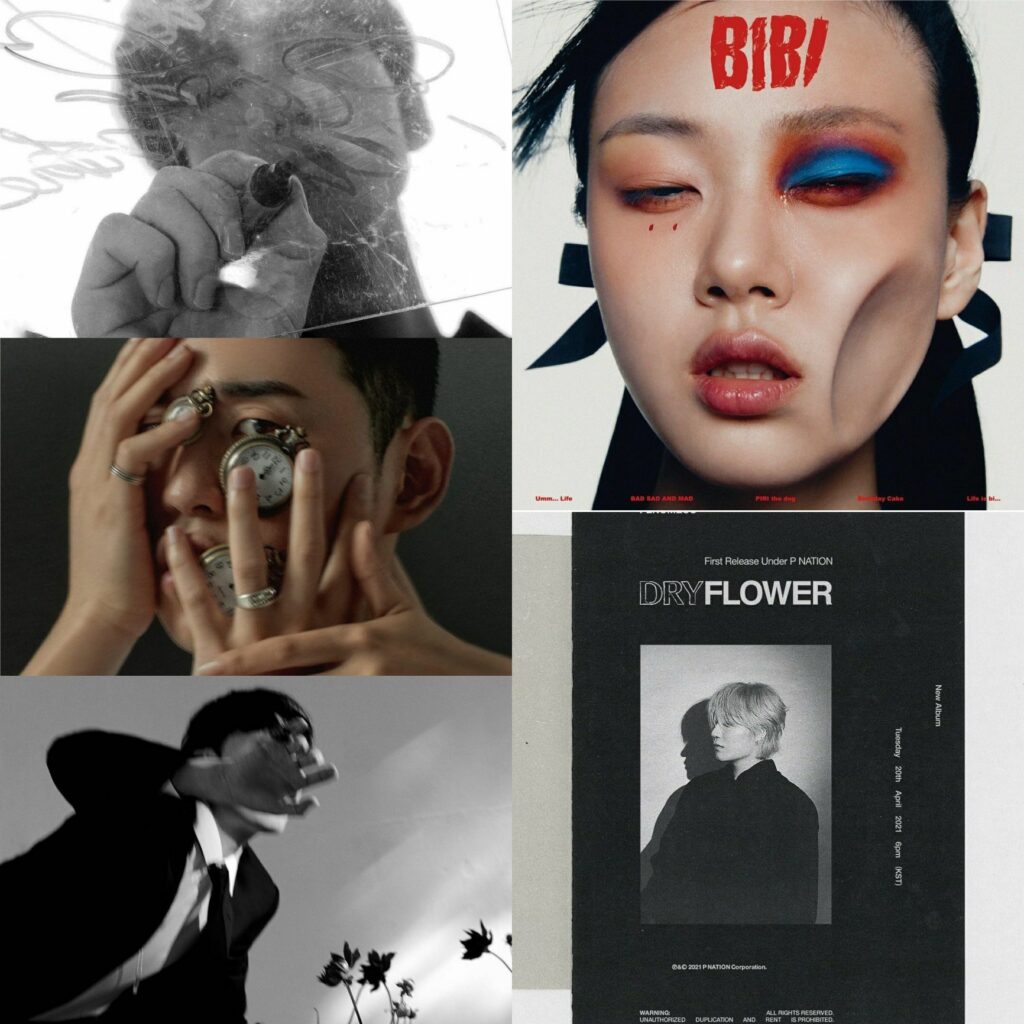 Korean R&B is still an upcoming genre in the Korean Industry among the K-fans and every month, various K-R&B artists are releasing new music in the hope that the world recognises this genre even more and we did just that! Here’s a throwback of some of the best R & B songs released in April!

The Korean R & B genre may be growing steadily but it does have a lot of mind blowing talents apart from Mr. Worldwide ‘Jay Park’ and The Voice of Korea 2020 winner, ‘G-Soul’. So, we picked and tuned in to some of the best tracks that was released last month.

First in our list is the young R&B queen BIBI from the label, Feel Ghood Music. She does not only sing but also composes her own songs and that sets her apart from many artists. Last year, her track Kazino was a massive hit and she has collaborated with many big names from the K-R&B and K-HipHop labels of South Korea.  She recently dropped her second EP,  “Life is a Bi***” which consists of five tracks from which, “Bad Sad and Mad” is already out.

Secondly, we have Dvwn from KOZ Entertainment. He dropped his second EP,  ‘Its Not Your Fault’ comprising of eight tracks including two English tracks. The title track of his new EP is ‘Yeonnam-dong (Feat. lIlBOI)’

And although we love the title track, we are also obsessed with BadKid and Hostel.

Recently, we had the honour to interview him and he said that BadKid is the song he would want his fans to identify him with and well, that’s another reason to listen to, ‘BadKid’.

Dvwn is a versatile artist and can be heard singing various genres of music and actually owning it. He also sang the OST, ‘No Problem’ from the K-Drama, ‘The Uncanny Counter’.

The third artist on our list, is our new favorite artist ‘Oceanfromtheblue’. He started off from Soundcloud and officially debuted in 2018 with the EP, ‘Luv-fi’ under Nostalgia music and has now dropped his two singles ‘Heaven’ and ‘For Myself’.

Oceanfromtheblue has also released his first ballad for the K-drama ‘Hello, Its Me’. The OST ‘I Wish’ was sung by none other than him.

Fourthly, we have one of the members from Fancy Child and that is none other than the vocal king, ‘Penomeco’. He has shown off his singing skills in the Korean variety show, ‘King of Masked Singer’ and his rap skills with the ‘Fancy Child’ group. No wonder why PSY signed him to PNation. His EP ‘Dry Flower’ is so good, we are drooling over ‘JaJa’.

And last but not the least, we have TWLV pronounced as Twelve. He is a rising star that international R&B lovers ought to know. He is an all rounder because he does not only sing and produce R&B songs but also trap, synth pop and electronic. He is signed under The Tilde Entertainment which is owned by his manager. He chose the stage name Twlv because he says that music is something that you can listen to in the a.m or p.m (both starts and ends at 12:00). He is that one artist who is really working hard to grow K-R&B and we are loving it. He also has videos on how to make Trap and R&B beats in his YouTube channel. His latest double singles ‘Echos’ comprising of two tracks ‘Angel’ and ‘Rewind’ is out on all streaming platforms.

K-POP may have taken the lead but we also love exploring new genres of the Korean music industry and we hope you love them too. Let us know your favorite under rated genre and we will explore it next!