Team NH had an exclusive interview with Korean Hip-Hop artist, Mirani! Get to know more about her!

Korean rapper Mirani has been on a steady road to success, after her participation on popular hip-hop competitive programme ‘Show Me The Money Season 9’. One of the most loved and popular contestants, Mirani received praise for her artistry and amazing stage presence amongst the sea of competition.

Mirani started as an independent artist and released her music through streaming platforms such as SoundCloud. However, her decision to compete in ‘Show Me The Money Season 9’, completely changed her life route and she found herself being established in the Korean Hip Hop industry. Mirani shares, “I kept working on music by myself, and participated in SMTM 9, where I received excessive love. Then I joined AREA, a label formed by GroovyRoom. Since then I have been releasing new songs.”

Adding on her thoughts about SMTM 9, Mirani further shared the reason behind why she participated in the programme, “I wanted to escape from the harsh situation at that time. I also hoped many people would listen to my music. I was desperate, and I think the viewers noticed that. Looking back now, I’m amazed by the journey I had, and the things I achieved in SMTM 9.” 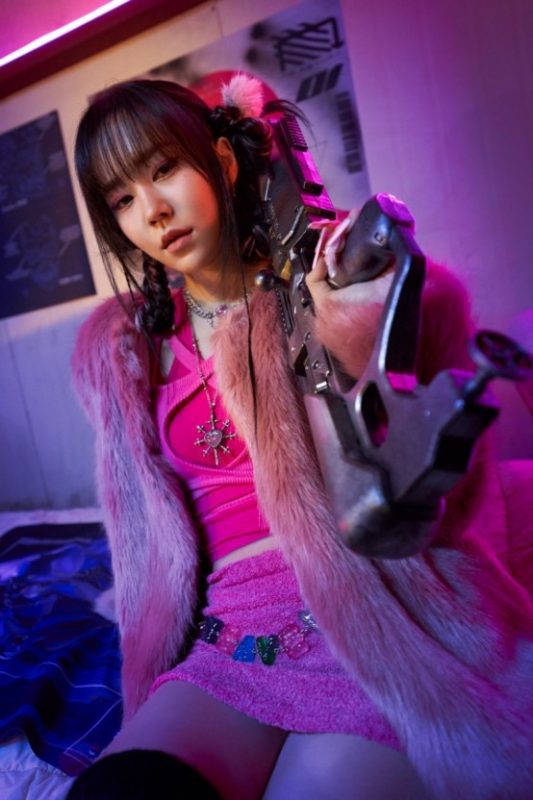 During her stint in SMTM 9, popular producers GroovyRoom were responsible for mentoring and guiding the artist. Mirani’s song ‘VVS’ was an instant hit and charted at No. 1 on the Melon Daily Chart, Apple Music Chart. The single was hailed as ‘The Hip Hop Song of the Year 2020’ and it also ranked on top of many other charts. Mirani gives credit to the success of her single to her producers and crew, “VVS was made for the competition in SMTM 9. Back then, I was not well known, so I strived to make my song beloved by many people. The producers- GroovyRoom, and my fellow crew helped me a lot. We achieved these records together. It was so unbelievable when VVS ranked no.1 for the first time that I was literally dumbfounded.”

Her success is however not just limited to SMTM 9. After completing her run in the show, Mirani was offered a record deal by her mentor, GroovyRoom. The artist signed an exclusive contract with AREA, GroovyRoom’s very own music label in 2021. Speaking about her first label, Mirani comments, “I was interested in the label where GroovyRoom previously were. I had no interest in any other label. Therefore I was so happy when Hwi Min (member of GroovyRoom) offered me to join AREA.” Adding on to her thoughts about the chemistry with her mentors, the artist adds, “I’ve always wished to rap on GroovyRoom’s beat. That is why I joined their team at SMTM 9. I felt so nervous at the beginning, but now we feel comfortable enough to share advice.” 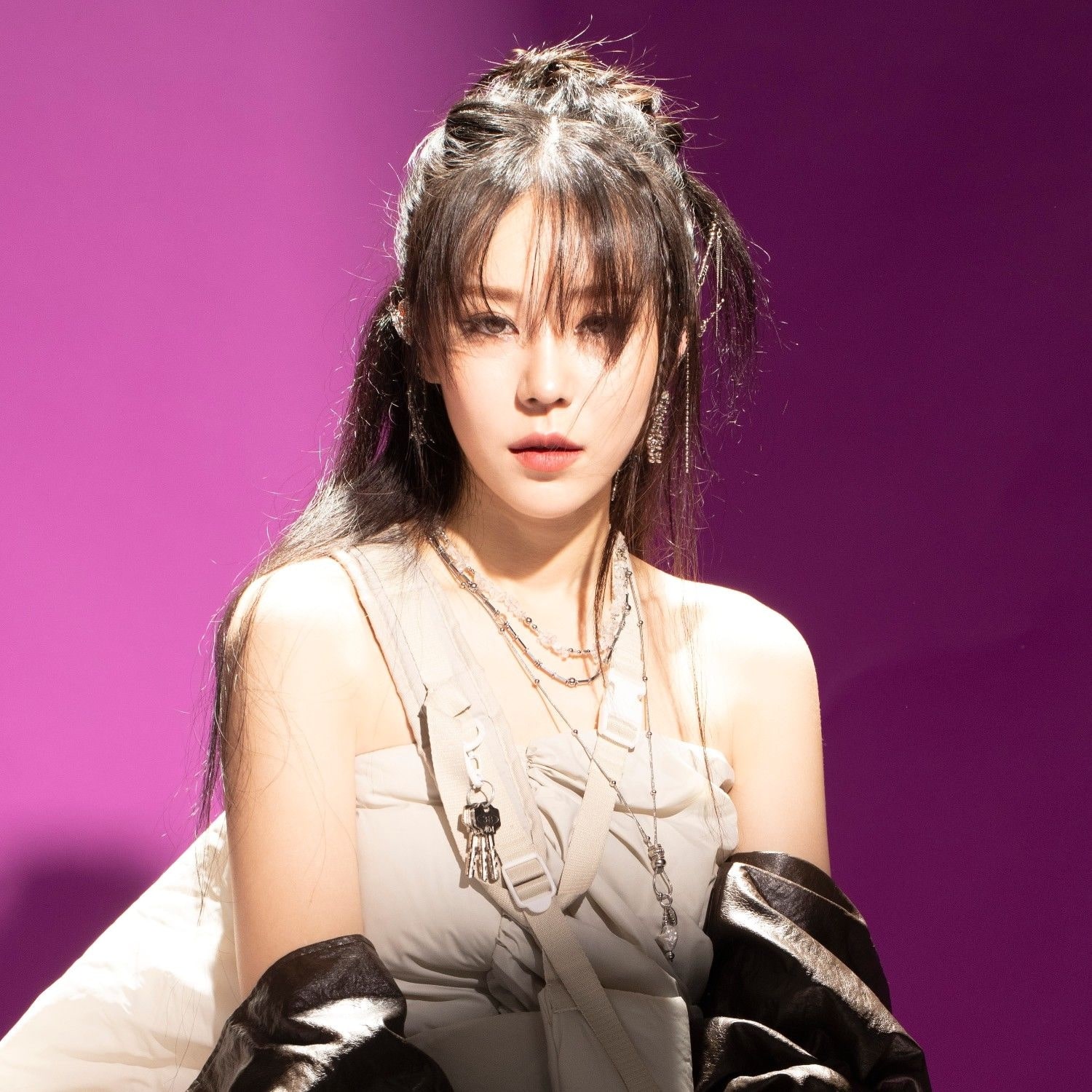 During the show, Mirani also made a statement by being one of the successful female rappers in the male-dominated genre. It has not been an easy journey but she hopes she can inspire more females as she shares her advice to aspiring female rappers, “Think a lot about who you are, what type of person you are. I had some trouble determining my character as a female rapper, as there were not various options. If you keep contemplating, you will be able to come up with your own character! In addition, I hope ‘Mirani’ could help you with this contemplation.”

After SMTM, Mirani released her single ‘Daisy’, which had a featuring from popular hip-hop artist pH-1. The song received lots of love from her fans worldwide and cemented her status as a rising hip-hop artist. Regarding her single and inspiration, Mirani says, “I wanted to convey what I felt after SMTM 9. Shortly after wrapping up SMTM 9, I went to shoot a commercial- there I received a giant flower for celebration. It made me feel weird as if I was not sure if I deserved that flower. I put these thoughts and feelings into the lyrics of ‘Daisy’ and I felt like I was wearing a padded coat alone at the beginning of spring. I mostly get inspirations for lyrics from my experiences and thoughts, and sometimes dramas and cartoons.”

Daisy is also Mirani’s first step towards a change in her musical genre. As an artist, Mirani has a desire to explore all types of genres and collaborate with people she looks up to. Adding on to her thoughts, Mirani says, “I want to try all genres. I want to release an album full of tight rap. I also want to make an album full of sentimental sadness. There are so many things I want to try and I really want to collaborate with Jay Park one day. We became closer than before, but still haven’t got a chance to work together.”

While her collaboration with Jay Park is still pending, Mirani has explored yet another side of her music with ‘Lambo’. According to the artist, “Lambo! shows different images of Mirani from VVS and Daisy. It’s more dope and raw. I always wanted to make this type of “flex” music. It is a cool, exuberant track.” The single is also one of her tracks that she would introduce to people who are new to her music. She further adds, “It is a great song with a cool MV. I loved it myself even while producing it.”

In the recent times, Mirani has also collaborated with lIlBOI and MAMAMOO’s MoonByul. This is only the beginning for Mirani as she has various plans for her future as an artist but while many of her plans have been put on hold due to COVID-19, the artist is still looking forward to touring and meeting with her fans soon. Mirani expresses, “I am planning for a tour to Europe in January! It might be cancelled, due to COVID-19, but I wish I could go! I want to visit every country where my fans are. I hope the pandemic gets over soon.”

So is India on her list for her future tour? According to the artist, it definitely is! As we wrap up the interview, Mirani ends it with a special note to her Indian fans, “Namaste! Thank you for your support. Looking forward to the day when I could sing in front of you guys!”