A much needed collaboration is coming!

On October 22, the news about the collaboration was officially announced. Shaun will be taking up the role of a producer for the song, while Yuna will be working on the lyrics and topline. Both the artists have described their feelings as “excited and eager” to be working together for the first time.

Shaun is a singer, songwriter, producer, and DJ who has made a name for himself in the Korean music industry. He is the singer behind the viral song ‘Way Back Home,’ which received much appreciation from his fans, globally. Even though he took a break from music to fulfil his mandatory military service, the artist remained one of the TOP 10 MOST STREAMED K-POP ARTISTS GLOBALLY IN SPOTIFY 2020. An English version of Way Back Home was released in collaboration with English singer-songwriter Conor Maynard and Dutch DJ Sam Feldt. So far, Shaun has released four albums with his latest being ‘#0055b7.’ 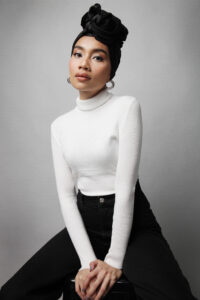 Yuna is a popular Malaysian artist who is known for her versatile and contrasting music. She has a unique voice and makes great musical beats, which has helped her build a devoted fan following who continue to stream her songs. Yuan has 1,537,046 monthly listeners and her two most loved tracks by fans are ‘Crush,’ with over 82M streams, and ‘Lullabies,’ with over 8.5M streams. So far she has released five albums and even worked with Western artists, including Usher.

For the upcoming collaboration track, fans can look forward to blends of Sade, Aaliyah, and Brandy complimented by Shaun’s electronic and indie rock/pop vibe.

BamBam Teases Fans With ‘Who Are You’ Ft. Seulgi Of Red Velvet

BamBam Teases Fans With 'Who Are You' Ft. Seulgi Of Red Velvet