Choa has finally made her solo debut!

On April 9 at 6 PM KST, Choa unveiled the new music video for her digital single ‘Yesterday.’ Since the announcement of her solo debut was released on March 31 by Great M Entertainment, fans have been eager for its drop.

Choa’s New Single Album To Be Released This April 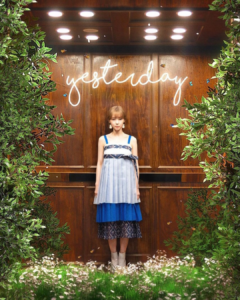 ‘Yesterday’ is an emotional song where Choa sings about the loneliness a person feels after a break up, especially during spring.

The MV shows her drifting between the virtual world and reality caused by a break up. While she’s reminiscing the warmth she felt being in love, she is also slowly moving on from the past.

German media artist Timo Helgert is the director of ‘Yesterday.’ He has previously worked with popular foreign brands, with one of his recent works being the “Gwanghwa Sidae” project, hosted by KOCCA.

Wishing her the best for her solo career!

Have you checked out the music video yet?

Sorn All Set To Awe Fans With 'Scorpio'