eaJ is back and we are here for it!!

On April 8, the artist unveiled his much-awaited first single “Car Crash” under Soka Talent Group. He had already performed the track at Rosebowl Stadium last November even before he took off as a solo artist. 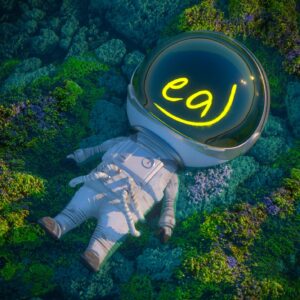 A song that’s been in the works for a long time now, “’Car Crash’ wasn’t written with the purpose of breaking off solo. It was because I needed a festival song for Head In The Clouds. It went from being just a song to jump and have fun with the crowd on stage, to becoming my first ever real release.”

He was surprised to see the love and support from his fans, as this was his first public performance after two years. This motivated him to release his first single as a solo artist. He expressed, “There’s been so much that’s happened in my life the past few years, but the fans have really stayed strong and stuck by my side. I couldn’t believe it, “Car Crash” received a ton of pre-saves and we were trending worldwide, the support has been so strong. It means a lot to me. I think it’s important that my fans and I take a dive with this song and keep pushing forward together.”

The MV for ‘Car Crash’ is produced by 100 Thieves, a premiere lifestyle gaming brand. The video stars Rachell “Valkyrae” Hofstetter, the co-owner of the brand. Further, Kyedae and Will Neff of the same brand, creators and twitch streamers respectively, were also starred.

“Jae’s such a good friend and a super talented artist so I’m really just so excited to support this huge step he’s taking as a solo artist with Car Crash. Working together on the music video was a blast and I love seeing how K-Pop and Gaming came together for this awesome music video release!”

Jae is a former member of the South Korean rock band Day 6, who held the place as lead vocalist and lead guitarist. Even before becoming an artist, he gained the attention through his YouTube channel as a cover artist.  He debuted on September 7, 2015, under JYP Entertainment but parted ways with the band on December 31st, 2021.

Jae has been releasing solo music on his YouTube channel and Soundcloud for the past two years. He has already collaborated with artists such as MAX, Rich Brain, Keshi, Seori, DPR Live and more.

Have you listened to the track yet?

What are your thoughts about his solo single? Let us know in the comments.