With an amazing new look, Sorn is back!

On March 28, singer Chonnasorn Sajakul or better known by her stage name Sorn, announced the release of her new music on her social media handles.

After her second solo comeback single titled ‘Sharp Objects’ last February, the artist is all excited for the release of the new single. Following the news, the artist dropped a new teaser for the same on April 3rd on her twitter handle along with a pre save link for the single. The teaser provided the fans with a certain hint as to the style and environment of the new music titled ‘Scorpio.’ 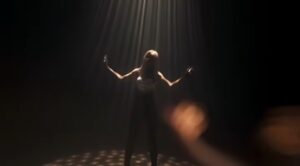 Later on April 8, an official video trailer for ‘Scorpio’ was released on the artist’s YouTube channel. The trailer displays the singer in a never before seen form along with fantastic music, not to mention the amazing vocals.

Fans are totally amazed by the artist’s new look and certainly feel that Sorn had never looked or even sounded better. Although this release did take them by surprise considering the previous one to have been released more than a month before, they are very well excited and cannot wait for this song to drop.

Sorn signed with Wild Entertainment on December 3, 2021 as a solo artist and dropped her second single ‘Sharp Objects’ which depicted an entirely new version of the artist herself. The single garnered more than a million views on her YouTube channel which the artist uses to share more of her personal lifestyle content along with music.

‘Scorpio,’ the new single will be released on April 25.

Are you excited for her comeback? Let us know in the comments!