BTS confirmed that they planned to come to India!

The BTS Indian ARMY finally got the words they’d been waiting for. Unfortunately, it hasn’t turned out the way they had hoped.

On June 3rd, BTS disclosed their plans to visit various countries as part of their ‘Map Of The Soul Tour‘ in their latest interview with Spotify to promote their impending anthology album PROOF, and India was one of them. RM, the group’s leader, adds, “We planned to go to Mumbai.” The pop titans’ long-awaited visit has been postponed indefinitely due to the COVID-19 epidemic and ensuing lockdowns.

The ‘Map Of The Soul Tour,’ announced in January 2020, had 37 events in 17 cities, the majority of which were in North America, Europe, and Asia.

BTS planned to play singles from their chart-topping album Map of the Soul: 7 in four gigs in April 2020, starting in Seoul. Unfortunately, the Seoul events were cancelled in February 2020, followed by a deferral of the American dates, due to an increase in COVID-19 cases and the South Korean government’s decision to prohibit large gatherings. Even before the tickets were on sale, the European and Japanese legs of the tour were postponed.

OMG @BTS_twt was planned to go on Tour After "ON" in several countries/continents like Australia, Barcelona, India (Mumbai), South America but due the pandemic they can't release the tour. pic.twitter.com/u64ziF9FFS

On August 20th, 2021, the group officially cancelled their tour after nearly two years of postponement due to safety and logistical issues.

India has played a significant role in the group’s unrivalled streaming domination. In 2020, India accounted for 8.6 million views out of a total of 101.1 million in the first 24-hours after the debut of the ‘Dynamite‘ music video, placing it third after Indonesia and the United States.

Similar vigilance was demonstrated on Spotify, with India becoming the second-highest country in the world to stream “Dynamite” on its first day of release. BTS was named the most-streamed act in India overall and the only international act to make the top five most-streamed artists in the country by Spotify in the same year. 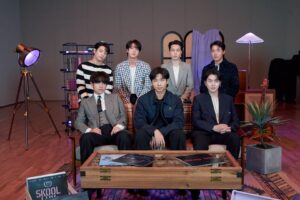 The group is now able to perform in front of large crowds after two long years, so fans now have high expectations that BTS may be able to perform in India when the time comes, but the group has not revealed any details about their tour plans as of yet.

If their pre-pandemic plans are still on, BTS could be on its way to India very soon. Currently, they are working on their next anthology album PROOF which is only a week away from being released.

The album will be released on 10th June.

Are you excited about their concert? Let us know. Share this news with the Army.

‘Our Summer With MOA’ As They Spread Love & Joy