‘Our Summer With MOA’ As They Spread Love & Joy

An afternoon filled with happiness and laughter as MOA gather!

Recently, Namaste Hallyu had been invited to attend a fan meet in Mumbai. The meet titled ‘Our Summer with MOA,’ held during the sunny summer afternoon on 28th May, was organized by TXT India Fan Base in collaboration with The Hallyu Store.

The fan meet began with a lot of enthusiasm as MOA, excited and gathered together, showered each other as well as everyone with their love for TXT. There were different events that highlighted the event. Performances by the fellow MOA, which was followed by the dress up event, where the fans were dressed as their favorite members and quizzes that required them to guess the songs of the group. 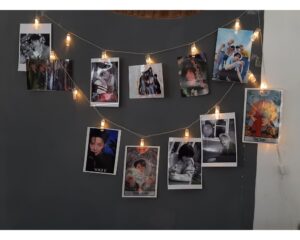 The cheers and shouts of the fans drenched the entire venue in a never before seen atmosphere and environment. As if that wasn’t all, the organizers also arranged prizes and giveaways which included official merchandise and albums.

Everyone was provided with a customized ‘Our Summer with MOA’ card along with photo cards and various other merchandise to soothe their heart. 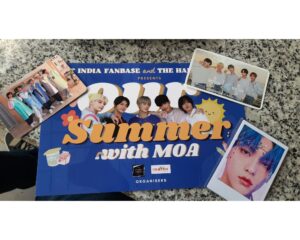 Considering the situation of pandemic, which greatly saw the boom of the K-Pop culture in the nation, a fan meet like this is a precursor to what could be something big that might even attract the artist to host a concert in the nation for their fans. It is rare that such fan meets are arranged and Namaste Hallyu had the opportunity to interview the team responsible for organizing them. 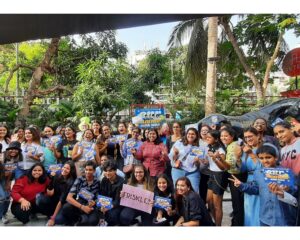 The sister duo, Naaz and Navsheen, the admins for The Hallyu Store, are the ones behind the entire management. Aged 18 and 16 respectively, the sisters arranged everything with respect to the meet which included arranging the venue, food, music, events and even the inclusion of different stalls. When asked about the inspiration for the meet, they answered that they took inspiration from TXT’s ‘minisode’ series and created a theme based on it.

Not hindered by age and society, the sisters are an ideal inspiration for every K-Pop fan. This wasn’t their first time that something of this stage has been organized. Previously, the duo organized a fan meet for BTS’ member Suga and in the future they plan on organizing another meet centred for Army for which they say that they have already received a lot of queries.

Naaz and Navsheen do not plan to stop just here. They are planning something big for the K-Pop fans, something that will closely connect every K-Pop fan with each other.

Namaste Hallyu wishes the duo all the best for their future endeavors and hopes that their dreams come true.

12 K-Dramas To Watch This June That Will Leave You No Free Time!