Midzys around the world have won this comeback!

It appears to be that ITZY is completely booked for the second half of 2022!

On June 2nd, ITZY announced their plans for a comeback in July, followed by the reveal of their first world tour dates. An album teaser was revealed on June 5th where the members were seen picking up chess pieces in stunning black & white outfits complementing their comeback theme.

ITZY’s comeback will drop various other digital promotional concepts such as Film, Photo, Track List reveal, Title Poster, Title Sneak Peek, Concept Photos of each member, Cover Image, Title Lyrics Poster, and something called Album Spoiler. There are two MV teasers that will drop on the 12th and 13th of July followed by a D-1 poster on the 14th of July (a day before the MV release). 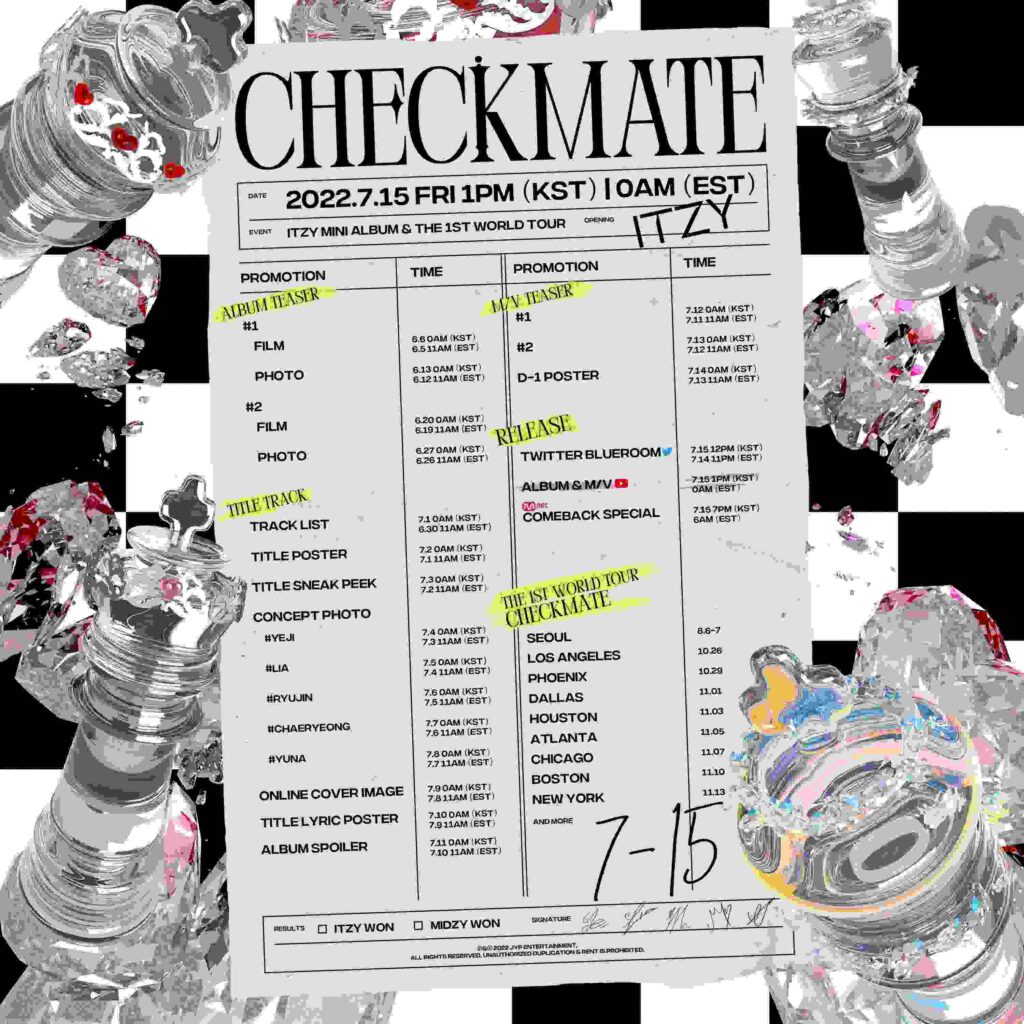 They also revealed a preview of the Limited Edition Album.

However, according to JYP Entertainment, further dates for other countries and cities will be revealed eventually.

Their new mini-album “CHECKMATE” will drop on July 15th at 1 PM KST (9:30 AM IST) and will also be doing an Mnet comeback special on the same day at 7 PM KST.

Have you watched the teaser yet?