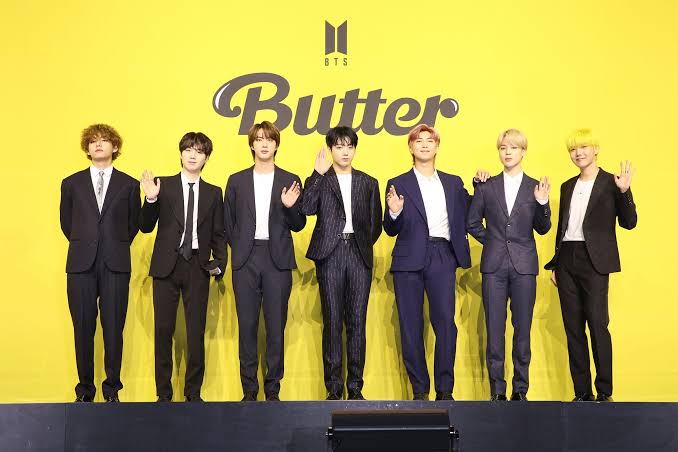 The septet’s English release has garnered many successes, and its five record sweep was officially recognized by Guinness World Records on May 25.

Moreover, ‘Butter’ had been streamed 16.3 billion times on Spotify (till 27 April 2021), which broke the record for the most streamed act on Spotify (group).

These successes make BTS not only overtake records set by their songs, ‘Dynamite’ and ‘Film Out’, but also overtake artists like Ed Sheeran, Justin Bieber and Coldplay.

Now, the K-Pop group has 23 Guineas World Records in its kitty, making the seven members at par with Mariah Carey, Madonna, The Beatles and Ariana Grande.

Further, BTS is also tied with Fifth Harmony for most Nickelodeon Kid’s Choice Awards won by a music group. ‘Dynamite’ spent its eighteenth non-consecutive week at No.1, which made it break the record for most weeks at No.1 on Billboard’s Digital Song Sales Chart (as of 10 April 2021).

BTS has certainly started 2021 with a bang! ARMY, how do you feel about BTS breaking so many records? Let us know in the comments! Tag a proud army 💜

MAMAMOO Unveils Track List for 11th Mini Album, 'Where Are We'