We will be seeing more of Young Jae's acting skills!

by Varsha Alan
in K-DRAMA, News
0

It was reported on December 20 that Yoo Young Jae has been cast for his first-ever lead role. The artist was quoted saying, “I will be greeting viewers as Jin Geum Sung, whose serious personality and diverse talents set him apart from the playful and clumsy Kim Hwan (Mr Queen).”

The upcoming BL drama is based on a WEBTOON revolving around the romance between three young men. The actual story beings when a man dresses up as a woman and gets married to escape his status as a slave. 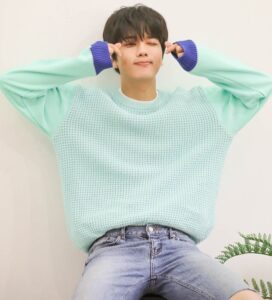 Young Jae will be playing the role of Jin Geum Sung, a sincere and diligent scholar who prefers staying indoors with his books. The villagers call him “the cold and handsome man,” owing to the combination of his charming looks and aloof character. He only loves books and martial arts but is soon about to witness many changes in his life for he is told to marry the third daughter of the Choi family.

Yoo Young Jae has previously appeared in other dramas like ‘Woman of 9.9 Billion,’ ‘Police University,’ and his most recent was in historical drama ‘Mr. Queen.’

‘Chun Jeong Ji Ran’ is expected to premiere in the first half of 2022 through the streaming service WATCHA.