by Contributor
in Featured, K-Music, K-POP
0

Lee Ji Eun, better known as IU, has been a household name in Korea for a very long time now. Since her professional live debut on the 18th of September 2008 on M Countdown with her debut single, ‘Lost Child’, IU has spread her roots into the K-Pop world with hits that show her prowess and have been continuously creating an avid fan base. From being called the “Nation’s Sister” from the time of her debut to becoming the “National Goddess” and “Korea’s Princess”, IU has shown time and again in both music and acting that nobody compares to her. Her genres vary vastly but she is most well-known for her dynamic bubblegum pop songs, her whispered and soothing ballads along with her acoustic café-core songs. 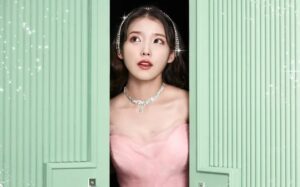 On her 14th debut anniversary, let’s explore some songs that were gifted to us by Hallyu’s very own IT Girl.

IU is well-known for her amazing acting skills and it definitely is a beautiful experience to see her act and sing at the same time. ‘Someday’ is a song penned and composed by JYP for the original soundtrack of the famous and well-loved K-Drama, ‘Dream High’ which came out in the year 2011.

In this track, IU’s cheerful voice conveys that even though things look difficult at the moment, someday everything will be better. This song motivates the listeners to hold on and keep going.

Someday after this darkness clears up

I hope the warm sunshine dries these tears

Although the night is long, the sun comes up

Someday my painful heart will get well.

‘Palette’ is the title track for IU’s fourth studio album in collaboration with BIGBANG’s G-DRAGON. She wrote her lyrics and G-DRAGON wrote his rap part.

Palette values the variety in people and people’s likes and dislikes. Like a palette full of different colors. It shows a very mature concept of being yourself despite what others think you should be. It has a very minimalistic theme and soft rhythmic music with IU’s light voice as she sings about her career and how much she has changed as an artist since her initial days.

I got this, I’m truly fine
I think I know myself a little bit now

The very first line of this soulful song, “So, are you happy now?”, draws people in. The song has a calmness to it that is hard to describe. Penned by IU, SUGA of BTS, and El Capitxn, it was produced by SUGA.

This song talks about the challenges of being an adult and the ups and downs that come with them or the general life and its hardships. IU shared in a press conference that this song was like a “short novel of confession” to the fictional character ‘you’ using different metaphors. She adds how her 28-year-old life (at the time of writing this song) will likely be remembered as a “recurring helplessness and fatigue”, and a constant longing for the ‘Orange Island’ where the sorrows will be erased and one could be free.

This list would be incomplete without this song which marked the debut of IU. With the lyrics written by Choi Gap Won, this song has a meaning worlds apart from its title.

‘Lost Child’ signifies a woman’s life going through a breakup with her boyfriend and the condition is being compared to the situation of a child who has somehow lost their parents. The song mentions how the lover burns the pictures of the one she loved and still longs for her lover to return as it is hard to forget him.

Though my broken heart, my deep wounds may hate me

I burn the photographs, I erase the memories, and yet I can’t seem to forget you

‘Good Day’ was IU’s breakthrough single that showed the strength of her unbelievable vocal range with its three long high notes towards the climax. It is no easy feat to achieve yet IU makes it sound and appear effortless.

This song is about a woman struggling to convey her feelings to her ‘Oppa’, and she acts childish around him. In the MV even her parrot conveys her feelings way before she could, as she is so enamored of him.

Even though I’m crying, I smile

I block your way and I just smile widely

Why am I being like this, do I not have any shame?

The songs mentioned above truly show what a gem of a vocalist IU truly is! There are of course many other songs of IU that deserve to be on this list but then the list would go on forever so, we picked our favorites! Let us know your favorite!

A very happy 14th debut anniversary to Korea’s Princess (very rightly named)! Make sure to add some of these to your K-pop playlist.