On November 2, Super Junior D&E released their first Korean full-length album ‘Countdown’ along with the music video of the title track ‘Zero’.

‘Zero’ is an electric hip-hop based track with an element of tropical bass combined with an energetic rhythm. The song is titled with the intention of the duo’s new beginning with all their fans. The lyrics convey the duo’s love for the fans especially the part when it says “Without you, I am Zero.” The duo never fails to surprise their fans with their beautiful and soothing vocals combined with their solid choreography. 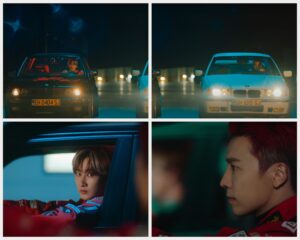 The music video begins with the duo being transported to a virtual game world where they compete with each other on a racing track. A countdown appears on the screen in the real world every time they finish a game which eventually reaches ‘Zero’. 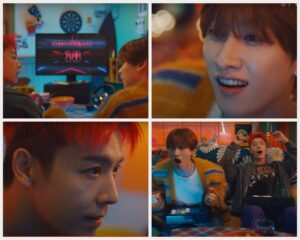 The album ‘Countdown’ represents the duo counting the hours, minutes and seconds in a backward manner with the beginning as zero. The album topped iTunes album charts in 22 countries just a day after its release.

According to the agency, the album reached No. 1 in Indonesia, Malaysia, Mexico, Singapore, Saudi Arabia and many others. It also charted at top 10 on iTunes chart in 29 other nations which included Japan, the United States, Russia, Spain, Turkey.

Super Junior D&E have attracted fans with their music and talent over the years. The album includes other tracks like ‘Beautiful Liar,’ ‘Far Away,’ ‘Share My Love,’ ‘Muse,’ ‘Feel that Feelin’ and ‘Home’. The album contains ten tracks signifying their 10th anniversary.

Super Junior D&E Finally Start The ‘Countdown’ For Their Comeback