JUST B is back stronger than ever!

JUST B spreads a message of hope for new beginnings.

On April 14 at 6 PM KST (2:30 PM IST), the boys unveiled their much anticipated second mini-album ‘JUST BEGUN,’ with ‘RE-LOAD’ serving as a title track. The album consists of five tracks, including Dash, Make It New, Don’t Go Back, and Lights On. 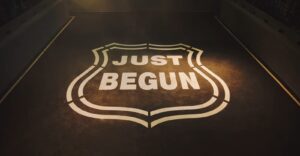 The members dropped the official trailer for the comeback on March 28, where viewers were left with a number of questions in regards to the enigmatic storyline. The “wanted list” boys from the city of Diakrinō are determined to know the truth about Zone003.

What do you think happened in the MV? Have you watched it yet?

Which is your favourite song from the album? Let us know!