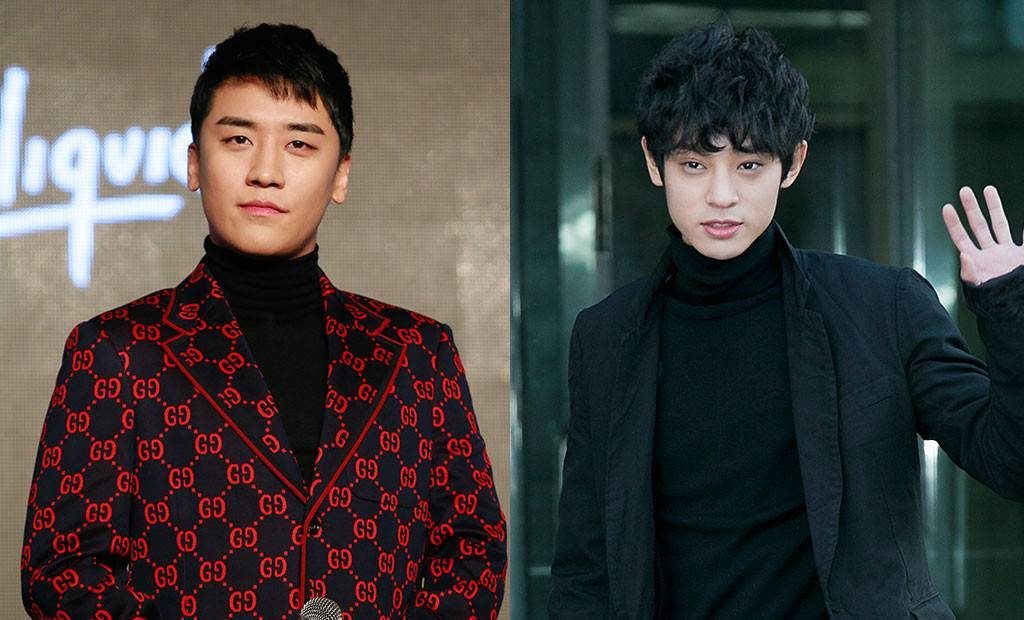 Amidst several events that have unfolded in the last few weeks with BIGBANG member Seungri involved in hiring escort services, drugs among other allegations, several other A listed K-POP celebrities have been added into the list of the ongoing scandal.

It all started with the Burning Sun scandal where a CCTV footage of a woman sexually assaulted by a man in a private VIP room of the night club went viral and also another incident in which a person named Mr Kim was assaulted by the club’s staffs and later arrested.

With a series of events unfolding thereafter, on February 2 Dispatch brought to public the group chats between Burning Sun staffs talking about ways of bringing in prostitutes into VIP rooms and watching secretly filmed CCTV footages of clients engaged in sexual intercourse. Police started investigating the case and summoned all Burning Sun executives including Seungri. Burning Sun shuts down amid the controversy and YG Entertainment also released a statement saying Seungri has resigned from all his current business roles as he prepares for military enlistment.

Then on February 26, a series of text messages from 2015 were revealed which showed Seungri, CEO Yoo of Yuri Holdings of which Seungri is co-CEO and an employee engaging in chats to hire prostitutes for foreign business investors. YG later denied the accusations and said the chats were fabricated and untrue. However on March 10, Police confirmed that the text messages were not fabricated and Seungri along with other three to four people involved in the chatroom were booked on charges of violating South Korea’s Acts on Pimping and Prostitution.

The following day, another Kakao chatroom conversations involving Seungri and two other male singers gets revealed where hidden camera footages and photos of women secretly filmed were shared. Seungri took to Instagram to announce his retirement from Entertainment Industry to protect the honour of YG and Big Bang. Police banned Seungri from leaving the country until further investigations are complete.

The same day ( March 11), SBS reported that the man who sent the footages in the chatroom was variety star Jung Joon Young. It also reported that Joon Young also uploaded footages of himself involving in numerous sexual intercourses and filming them without the women’s consent. As of now, 10 women victims have been confirmed.

On March 13, Jung Joon Young amitted to all the crimes and apologised for the same. He also  announced his retirement from the entertainment industry and was withdrawn from all the variety shows of which he is a part including 2 Days & 1 Night and will also be edited out of episodes that have already been filmed but not aired yet.

According to the Police, the Kakao chatroom conversations have been recovered from Jung Joon Young’s phone which he gave it for repair. It can be mentioned that in 2016, Joon Young was accused by his ex-girlfriend for secretly filming her during sexual intercourse and was asked to surrender his phone to which he did not stating that his phone was not working and that he had given it to one digital forensics company for data recovery.

With the ongoing controversy, a report of  FT Island’s Choi Jong Hoon, who was allegedly also a member of the chatroom shared about covering up a drunk driving incident in 2016 and discussing payments made to the police. Later, he admitted to his involvement and Choi Jong Hoon has posted on his Instagram about his departure from the group as well as retirement from the industry.  Yong Junhyung from HIGHLIGHT also announced his departure from the group stating that he was aware of Jung Joon Young’s hidden camera footage even though he was not a part of group.YG entertainment and MAKEUS Entertainment have earlier announced the termination of contract for Seungri and Jung Joon Young respectively and both has announced their retirement from the entertainment world.

Seungri is scheduled to be enlisted on March 25 but with the ongoing never ending unraveling of the power abuse amongst the elite classes of South Korea, there might be some delay in his enlistment .

As netizens began to speculate on “WHO IS NEXT?”, entertainment agencies have warned to take legal actions against those playing the guessing game.