On October 26, Korean-American singer, lyricist, and guitarist Sam Kim, officially announced that he is gearing up for a comeback in January 2022.

While the artist is widely known for his work in genres such as Korean R&B and K-Pop, his upcoming song will be an upbeat dance single. By venturing into a new genre, Sam Kim wishes to move out of his comfort zone and explore music and his skills deeper, and give fans a different version of himself. The artist also commented that he is “excited and looking forward” to the track’s final output.

While discussing this project, Sam Kim expressed “I wanted to take on a new challenge writing the song” and further added, “I hope to put out something fresh.” In order to give his fans the best experience via his music, he has joined forces with DJ/Producer R3HAB, who will be producing this track. 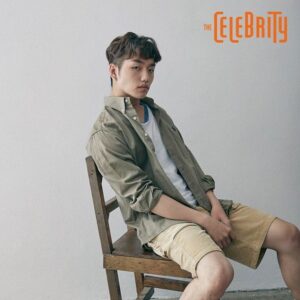 Fans are already showing positive responses to his comeback. On the artist’s online fan club, there have been supportive comments for his comeback,

“I’m really thrilled that Sam is working on a dance song. His distinctive sound is always something myself and the fan community look forward to hearing more of, especially intermixed with genres where we haven’t heard him before.”

Sam Kim debuted on April 10, 2016, with his first extended play ‘I Am Sam’, followed by a studio album titled ‘Sun and Moon’, which was released on November 22. 2018. He has participated in many OSTs for hit/popular K-Dramas like ‘Goblin,’ ‘It’s Okay To Not Be Okay,’ and his most recent work was in ‘Nevertheless.’ Nevertheless, trended in Netflix India and Sam’s OST ‘Love Me Like That,’ for this drama, entered Spotify India’s Viral Top 50!