Tragedy strikes again, and we are unhappy with the character of Song Yeo Wool

‘High Class’ has already reached its mid-point and we are still unclear about the core problem. Yes, we have theories because we were given hints about it from the minor disputes that have arisen, but the central conflict is still a mystery. Hopefully, the death of Do Jin Sol and the events that followed will be the driving force to unravel the mysteries that surround the people in the story.

The only thing we are clear about right now is that everyone on Jeju island is related to Ahn Ji Yong in one way or the other. And most of them are after his investment fund, that surprisingly, neither Yeo Wool nor Na Yoon is aware of. 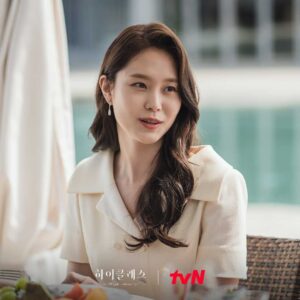 Many people suspect Na Yoon to be the main villain in this series; she seems like the most likely suspect for every conflict in the drama. However, regardless of how driven she is to cause problems for Yeo Wool, she is also a victim in this whole thing. It doesn’t absolve her of what she has done (and will continue doing) due to her misplaced anger at Yeo Wool for ‘killing’ Ji Yong and taking him away from her as she met him first.

Yeo Wool is also wrongfully accusing Na Yoon of being Ji Yong’s mistress and being the one who has harassed her since the first episode. The real culprit is Ji Yong, who deceived both Yeo Wool and Na Yoon. 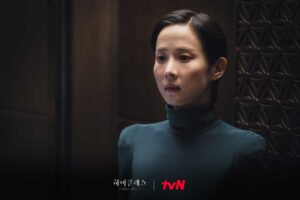 Yeo Wool’s character is bothersome, as she is unaware of the dangers surrounding her, and she doesn’t realise that lying, hiding things from the law, and neglecting the truth won’t help her at all!

Why did she tell Koo Yong Hwe (the policeman) that no one was there when Na Yoon had found her and the chairperson. Yeo Wool asked Na Yoon to lie to the police and tell them that she didn’t know anything? Who says that to someone who very clearly hates you and holds a grudge towards you?

She is easy prey for people like Nam Ji Sun, who have been using her and Na Yoon to achieve her goal of kicking both Yi Chan and Jae In out of the school. She wants to forget that she has already been accused of murder once. Na Yoon found her in a compromising position in the chairwoman’s room, and it could lead to a similar conclusion. How is she so oblivious?

Who is the culprit behind the murder of the Chairwoman? 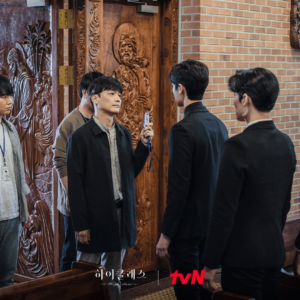 The chairwoman kept tabs on the mothers involved with the HSC Foundation. After all, she hired Danny Oh to look into Yeo Wool and other things we aren’t privy to yet. She was even involved with star chef Jung Mi Do, the guy with whom Cha Do Young was having an affair. But, who was the one who murdered the chairwoman?

There was a person who was looking through the door when Na Yoon found Yeo Wool. It could be the perpetrator, but we can’t be sure. But it is true that whoever the murderer is, sent the text messages to Yeo Wool and Na Yoon to frame the former for the crime.

Talking about suspects, Jung Mi Do seems suspicious as he was the one who was harassing Yeo Wool with the texts and flowers. He was also absent from the concert hall when the crime happened. There is also Ji Sun’s husband, he might not be the one who killed her, but he could have a hand in supplying the drug as it needs a prescription. And of course, there’s Alex Comer. We don’t know much about him and his motives, but he is also a likely suspect.

Moreover, someone is monitoring Yeo Wool’s house. It could be Jung Mi Do, but the most likely suspect seems to be her husband, who is assumed to be dead. We won’t be surprised, especially because episode 8 ended with someone wearing the same ring as Yeo Wool entered the house. 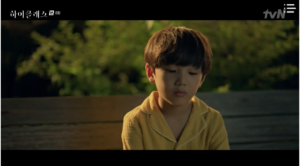 We have mentioned this before, but at the end of the day, the children are suffering. Even if Yeo Wool cares about her son, she doesn’t seem to think clearly that her actions can lead to problems for her child. The same goes for Na Yoon, Jae In is suffering, but the former is thinking about hurting Yeo Wool. Ji Sun puts her needs over her children’s happiness.

The drama itself is interesting, and the plot reels the viewers in, forcing them to think about all the theories. But Yeo Wool’s character is too passive, and this drastically lessens the impact. This week’s episodes were slower than the ones that aired previously. Hopefully, the drama will pick up the pace once again, and the mysteries will start to unravel.

What did you think about this week’s episodes? Let us know in the comments or tweet to us. We’ll see you next week with episodes 9 & 10!

Flashback September – Revisiting Some Of The K-Music Releases

Flashback September - Revisiting Some Of The K-Music Releases