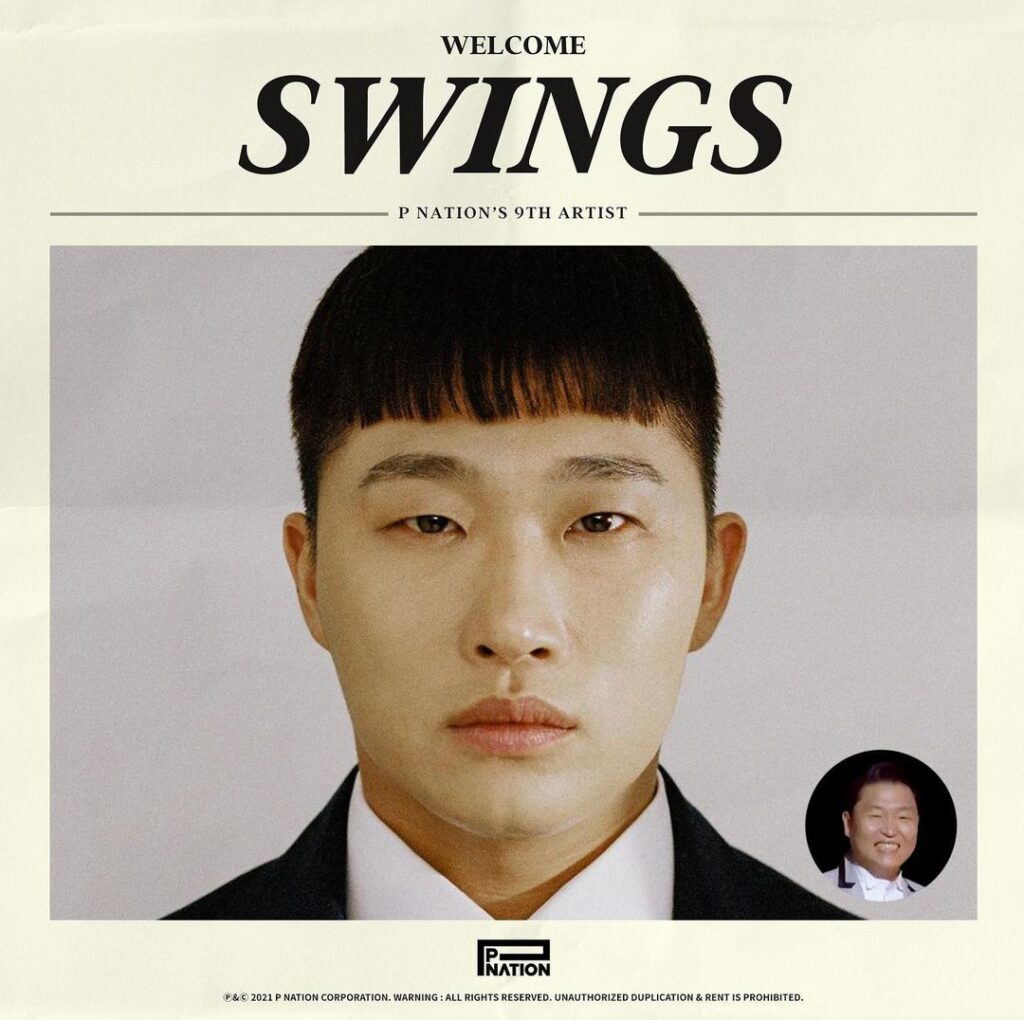 On April 28th, PSY dropped a post on Instagram telling fan’s that he would be welcoming another artist to the P Nation family.

Fans were really curious and exited to know who will be the 9th official artist of P Nation and the wait was finally over when it was revealed on April 29 that, it was none other than rapper Swings. PSY posted a video clip of the two having a meal together, on P Nation’s Instagram, before signing the exclusive contract.

Swings debuted in 2008 with the extended play Upgrade. Then he joined hip-hop group Uptown. After that he has been working as a solo artist since. He also gained attention through competing and later returning as a producer on ‘Show Me the Money,’ a South Korean rap competition TV show that airs on Mnet. He is known for popularizing diss tracks within Korea’s hip-hop scene.

Swings was previously under the label ‘Brand New Music.’ Most recently, he has been working under his own record label, Just Music. He was also the CEO of IMJMWDP but, on January 26, Swings suddenly announced on his personal YouTube channel, that he will be stepping down from the CEO position of IMJMWDP.

IMJMWDP is short for 3 labels owned by Swings. IM is Indigo Music, JM is Just Music, and WDP is WeDaPlugg_.
Swings explained the reason for resigning from the CEO position is that Music for him has become so strange now. He became a changed person because of that.

He feels the music production process is no longer healthy. Particularly, they are like violent behaviours to him. Swings said that he will be there to motivate his juniors as a big brother and friend rather than there boss.

He is now the ninth member who signed with P Nation which is home to various amazing artists such as Jessi, Crush, HyunA, DAWN, Heize, D.Ark, and PENOMECO.

ITZY is Back with Mini Album ‘Guess Who’ + Releases MV for Title Track ‘M.A.F.I.A. In The Morning’