BTS' Suga and PSY surprises their fans with their collaboration.

PSY dropped a sneak peak teaser of his title track ‘That That’, produced by BTS’ Suga.

On 26th April, PSY and BTS’ Suga surprised fans with news of their collaboration. The title track of PSY’s upcoming album, ‘That That’ is produced by BTS’ Suga. Both Suga and PSY dropped a teaser in their official social media account.

PSY made an official announcement about his comeback via his social media account on 12th April. His album will be released on 29th April at 6 p.m KST. He also uploaded a video of his concert back in 2013 along with it. In this video, he predicted he would be releasing hit songs in 2022.

In another teaser dropped by PSY. He and Suga talks about their collaboration and how they felt while working with each other. PSY said he felt like Suga was his friend and he could hardly feel their age gap.

Meanwhile, Suga talks about how nervous he was initially since PSY was his senior. However, it was fun and he felt like he was working with his childhood friend.

Earlier on 14th April, PSY had released his comeback poster and track list for his upcoming ninth album “PSY 9th Ssada9″. His album poster features a caricature of himself using his signature style and expression. He also gave a sneak peek of each song title, which is the first letter of each song. The track list also features artist like Sung Si Kyung, Heize, Jessi, MAMAMOO’s Hwasa, Crush and Tablo. 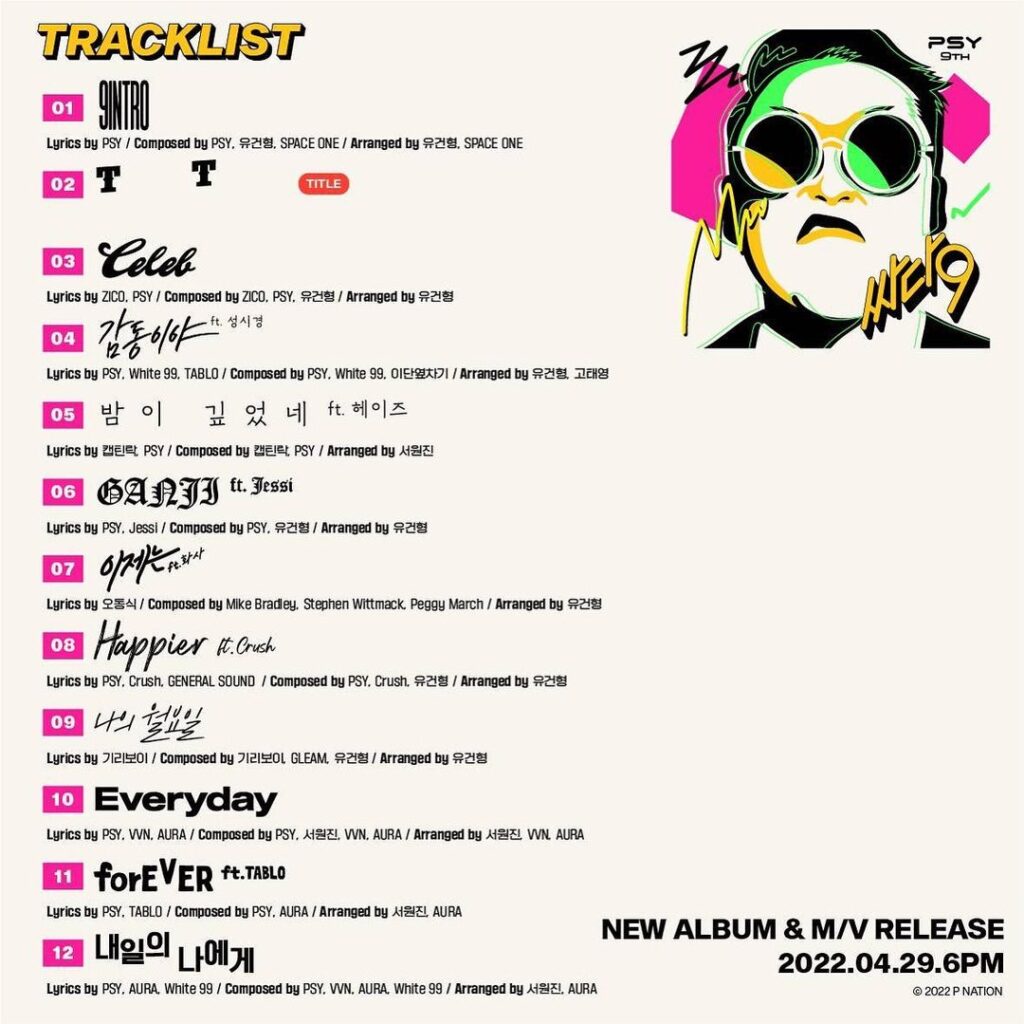 PSY last album was “PSY 8TH 4X2 = 8” which was released back in 2017. This will thus be his first comeback after five years and his fans all around the globe are eagerly waiting for it.

Are you excited for their collaboration? Let us know and stay tuned for more updates.