Only Lee Si Young and Park Gyu Young from season one will be joining second season!

by Soumya Rajput
in K-DRAMA, News
0

Netflix’s hit original ‘Sweet Home’ will be blessing us with a second season soon.

According to the JTBC news report, several drama officials have stated that ‘Sweet Home’ will start filming its second season this winter. It has been reported that Lee Si Young and Park Gyu Young are the only original cast members who will be joining the second season. A few actors have been cast to join the two actors for the second season but it has not been revealed yet.

However, following the report, Netflix has commented that nothing has been decided yet.

‘Sweet Home’, told the story of a high school loner Cha Hyun Soo, who following the death of his family in an accident moves to a new apartment. His quiet life is soon disturbed by strange incidents that start occurring in his apartment, and throughout Korea. As people start to turn into monsters, Hyun Soo and the other residents try to survive. 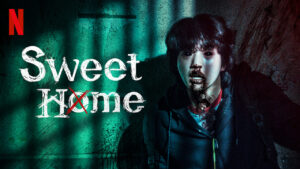 Former GFRIEND Members Eunha, SinB And Umji To Debut As A Trio ‘VIVIZ’

Former GFRIEND Members Eunha, SinB And Umji To Debut As A Trio 'VIVIZ'