MV Review: Hopes are Up with Beomhan ft. Roda’s New Single ‘Sun’s Up!’ 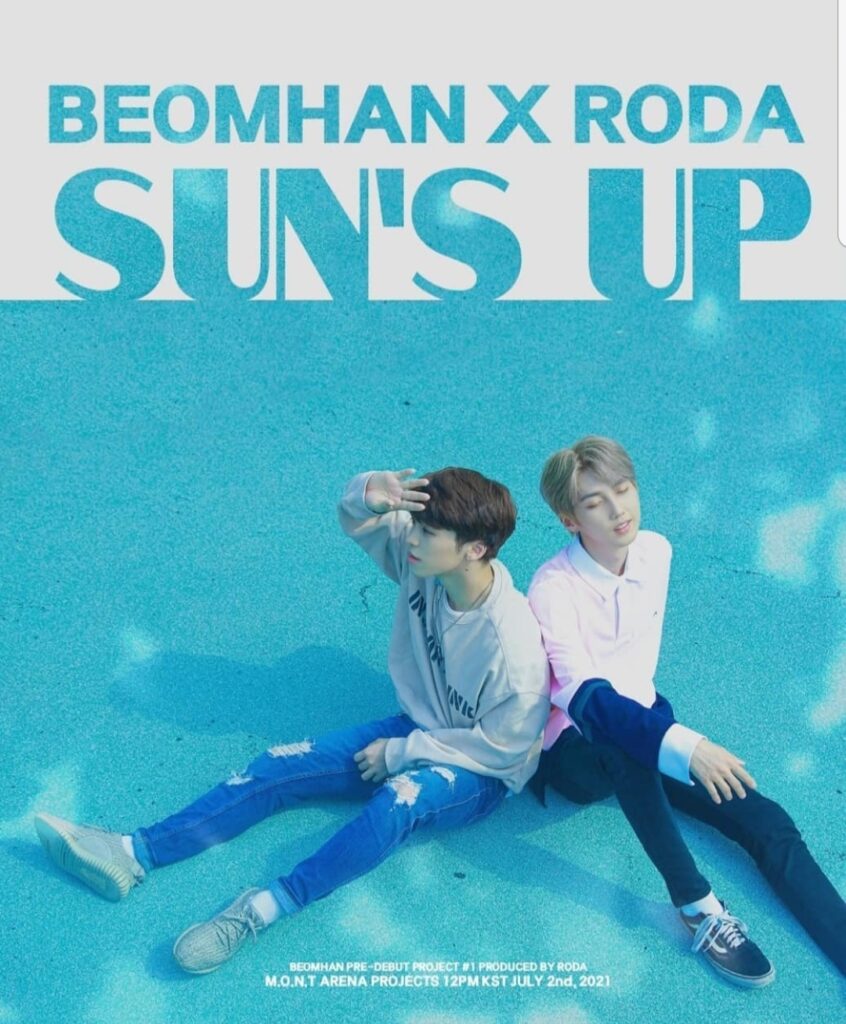 On 2nd July, M.O.N.T’s Sun’s Up performed by Beomhan featuring Roda was released on all platforms. The song was composed and arranged by Roda, lyrics by Beomhan and Roda along with the choreography by James Kho in the visually pleasing music video.

The single starts with Beomhan’s rap in English with a very satisfying beat followed by a breaking verse and then the chorus, all the words fit into the melody and beat which makes it super catchy. The melody of the chorus starting with ‘The sun’s up like a diamond…’ which exudes hope and one can feel it as soon as Beomhan starts to sing it, and obviously the smile on his face while singing it only helps with the hope.

Following the first chorus, Beomhan’s rap takes the stage very smoothly before Roda’s rap. Roda’s rap which is in Korean will make one want to learn the lyrics in the first listen because of the urge to sing along! The bridge by Beomhan comes next following the similar pattern and by now, we are completely immersed in the beat. Overall, it the vibe of a mellow hopeful pop song, which can lighten up your mood and might make you want to groove as well! This composition by Roda is definitely one of the favourites by now, already came back to the song uncountable times and it goes on. (It is still playing in my head aye aye!) 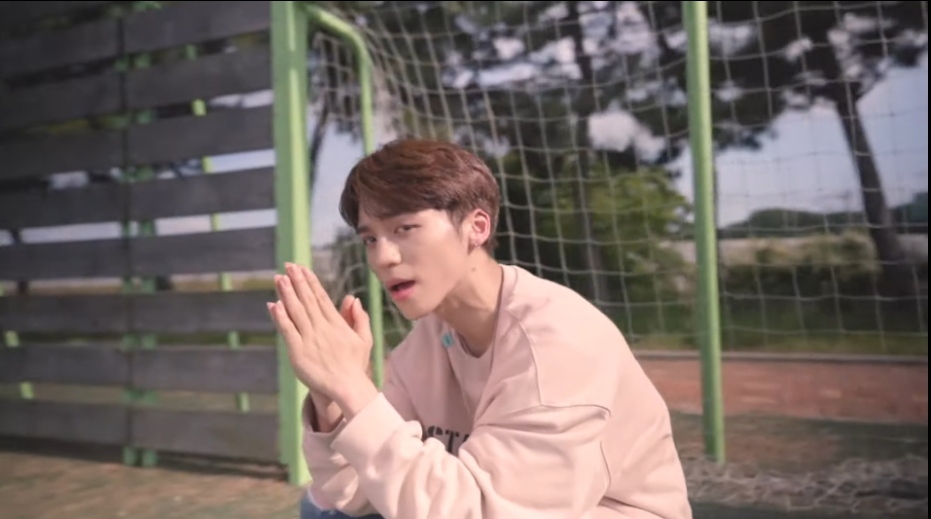 The music video starts with Beomhan in a sporty background with mellow palette of colours. It matches the vibe of the song along with Beomhan’s dance choreographed by James Kho who joins in in the music video as well. Roda’s part is highlighted with the magenta light which sets up the atmosphere according to the lyrics. Finally, with the night set-up and Beomhan ‘showing us the way’ to a better day; it gives the perfect end to the song. The video connects the audience to the artists through their expressions and groovy touch. The music and video’s visual are neither too dynamic and definitely not any less and it sets up an environment where you would want to take a break and smile and enjoy the music! 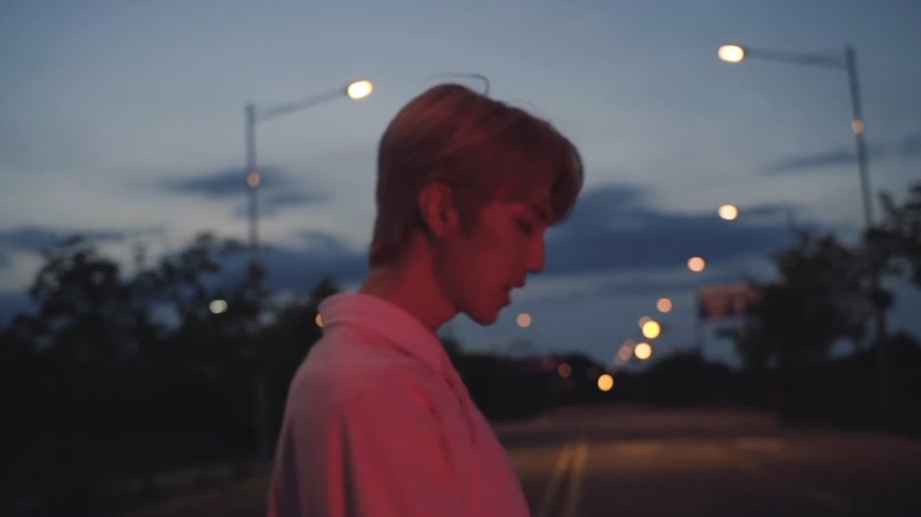 The lyrics of Sun’s Up is all about the seeking hope and finding a way in the hustle life where times get rough. It is acknowledging the everyday trivial struggles which are not so trivial and definitely not for long as the sun will come up again, like a diamond. Beomhan’s part in the song is about the homesickness, lost times and frequent empty feelings we get but let us not give up because ‘sometimes I know it’s tough, but you know diamonds shine brighter in the rough’! Roda’s rap is written in a very honest and heartfelt way as he talks about the inevitable uncertainty which he faced but it gets better as we all deal with it, put the worries aside and welcome the light coming to our way. It gives hope and take it as a sign, to take a break from your hustling life and look for the ways that are coming for you.

The overall review wraps up with this song saved in my playlist. It succeeds in conveying the message around about the brightness in our life. It is okay to face the overcast, but the sun is coming up next morning with its sanguine light to show the way.

THE NEXT DESTINATION FOR ‘SIMPLY K-POP CON-TOUR’ IS INDIA! APPLY NOW!

EXCLUSIVE: Moon Jong Up Talks About 'US', His Journey, B.A.P Reunion & More!