Former member of B.A.P, Jongup, is set to make his comeback with his first mini-album titled ‘US.’

Jongup will be releasing pre-review videos, the tracklist, concept photos, a concept film, an album highlight medley, an MV teaser, and some mysterious surprises in the days leading to the album’s release. 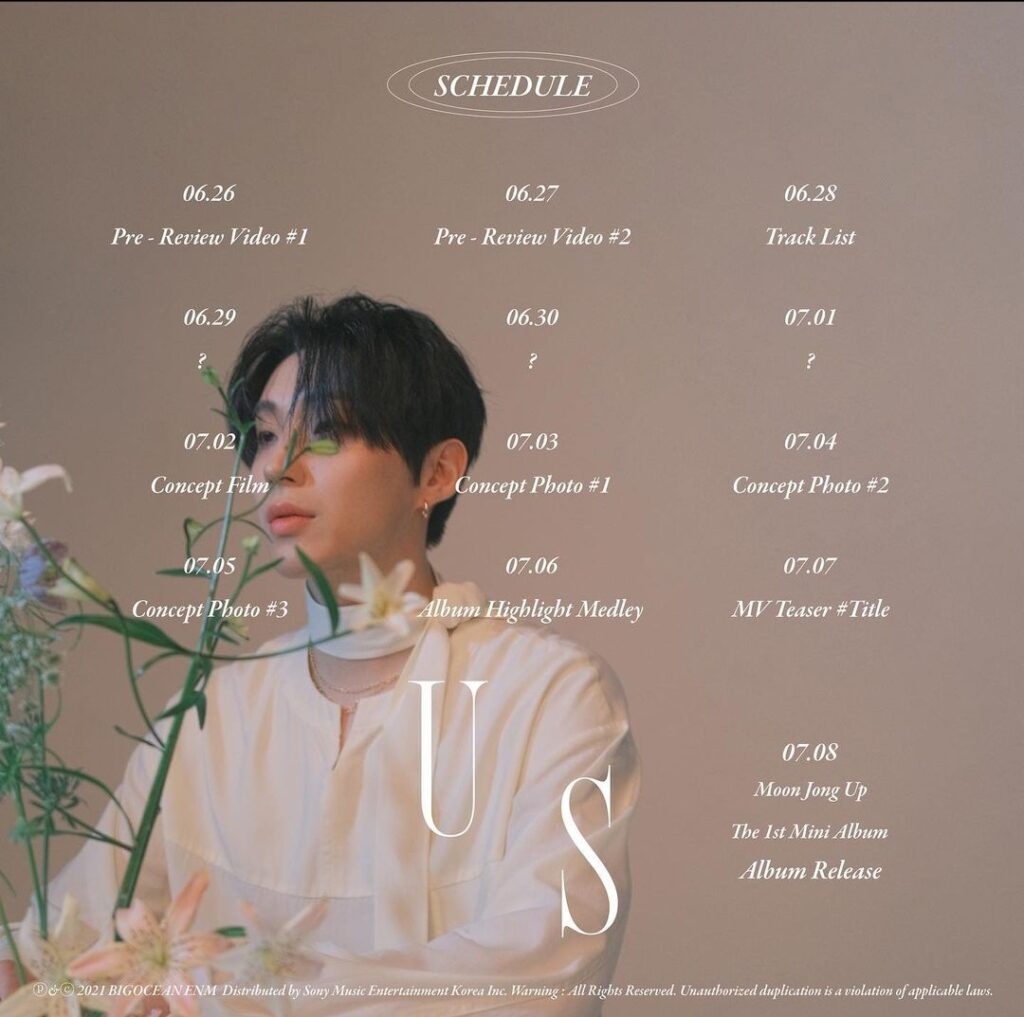 This mini-album comes after almost a year of his solo debut in May 2020, when he released his first single album titled ‘Headache.’

Are you excited for Jongup’s comeback?? Let us know in the comments~~