K-Pop Idols to have taken a giant leap in the global entertainment industry!

Kim Woojin, has been cast to play the male lead role in HBO Max’s new series titled ‘Além do Guarda-Roupa’ translated as ‘Beyond the Wardrobe.’

According to 10x Entertainment, the artist’s agency, Woojin has already departed to  Sao Paulo, Brazil to film the series and will be returning back around June. With respect to his selection the artist also thanked the fans as according to him it was only because of the strong reactions from them that he was cast in this global project. 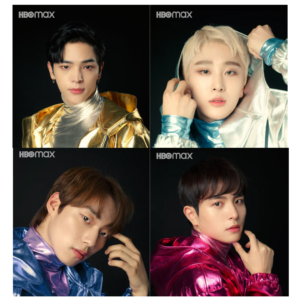 Kim Woojin has been cast to take the role of Kyung Min, a member of the K-pop boy group ACT along with other members of the group played by Newkidd’s Jin Kwon, Lee Min Wook from J-Flo Entertainment and Jae Chan from the survival program Wild Idol.

Kim Woojin will be paired with the Korean-Brazilian actress Sharon Blanche who shall portray the female lead, Carol. He has become the very first korean actor to be cast in an original work by HBO Max. When interviewed the artist also mentioned the fact that he felt a similar sense of excitement when he debuted while acting as an ACT member Kyung Min.

‘Beyond the Wardrobe’ is a romantic fantasy genre series that depicts the story of an ordinary teenage girl living in Sao Paulo, Brazil who accidentally discovers a mysterious portal in her wardrobe and meets the K-pop boy group ACT in Seoul. The story depicts a female lead with a strong personality who ends up traveling back and forth at the opposite ends of the planet through a portal and continuing a romantic relationship.

Kim Woojin also known as Woojin made his debut as a member of the boy group Stray Kids in 2017. Following his departure from the group and his agency, the artist transitioned into a soloist with the release of his debut solo mini-album titled ‘The Moment: A Minor’ in August 2021.

‘Beyond the Wardrobe’ is scheduled to be released in 2023.

aespa Confirmed To Perform At Coachella 2022