aespa Confirmed To Perform At Coachella 2022

Coachella is on fire this year!

Coachella Valley Music and Arts Festival 2022 has confirmed that aespa official will be performing this year!

The members will rock the stage of Coachella on April 23 with their super hit tracks ‘Black Mamba,’ ‘Next Level,’ and ‘Savage.’ News also reported that fans will be watching them present on stage an unreleased track. 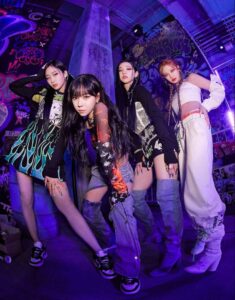 Globally renowned artists like Harry Styles, Doja Cat, Billie Eilish, and more are part of the lineup this year. The Korean artist lineup includes Epik High, BIBI, and CL. Jackson Wang too performed and lit up the stage with his fierce energy. Coachella saw an incredible performance by 2NE1 who reunited onstage after six long years during CL’s stage.

Are you excited to watch aespa’s performances?