They're gearing up for a comeback and we cannot keep calm!

KARD has announced their comeback!

KARD released a teaser video titled ‘RE:MEMBER’ on May 28 at midnight KST, announcing the debut of their new album in June. 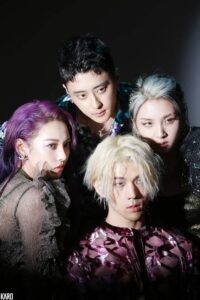 KARD stated in April that they were planning a comeback before their South American tour in July. Their Agency DSP Media also confirmed that the group is working on a new album and also revealed that they plan to reunite as a full group.

The group’s decision was made when member J.Seph returned from his mandatory military service. The company also stated that the group will embark on a South American tour in July and they will also take part in events such as fan meet-and-greets, which will provide fans with a more memorable opportunity to meet the members.

June marks the start of KARD‘s long-awaited comeback, and this will be the group’s first full-length release since their single album “Way With Words” was released in August 2020.

Are you excited for their long-awaited comeback? Let us know. Check out the teaser video here and stay tuned for further updates.