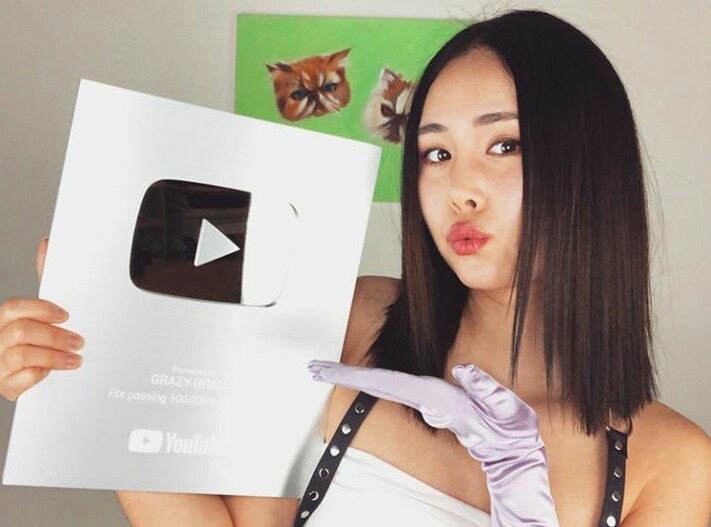 Both a rapper and singer, the artist built a reputation for herself implying that she’s a tad crazy (in the best way!), unpredictable and unapologetically herself. This trait carried over to her YouTube channel and has earned her over 134,000 subscribers (at the time of writing)!

Although her channel is studded with music and some really great covers and remixes, her channel was propelled into the radar of mainstream K-Pop fans by her string of exposé styled videos and vlogs.

Grace candidly discusses plastic surgery, trainee life, dating, behind the scenes of idol life and reality shows, dieting and even what she does as an independent K-Pop artist. The artist also features celebrity friends in her videos and has till date included Alex Christine, Brown Eyed Girls‘ Miryo, H.U.B‘s Hyosun and Park Soobin from disbanded girl group Blady.

Check out some of her popular YouTube videos below!