On May 17, SM Entertainment announced that the girls are presently in the process of formulating their new album.

The label disclosed that the new album is scheduled to drop in August 2022, marking the group’s 15th anniversary. Further, this August comeback will mark their return in five years as their previous studio album, “Holiday Night,” dropped in August 2017. 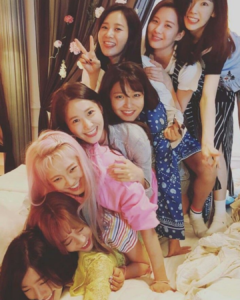 Apart from the album, the girls will be greeting fans via TV programs and their own reality show.