EXCLUSIVE: Up Close and Personal With ‘LIVIN’ The Band

We spoke with 'LIVIN' about their music and more! The Band is formed by K-POP Producers who have worked with EXO, GOT7, Boa, Red Velvet, Momoland, SF9, Highlight, Fromis9, AB6IX, Golden Child to name a few. Get to know all about them!

Fans of K-Music were in for a surprise when they found out that, there is a (not so) new band in town, ‘LIVIN’!

What makes this band very interesting is that, ‘LIVIN’ is formed by K-POP producers who have come together to create a band that hopes to express their individual lives into music. The 5 member band comprises of two former Royal Pirates band members – Moon Kim and Sooyoon, producer duo Stain Boys – Ji-soo and Krix, and Kyum. Their names would probably ring a bell for those who are fans of K-POP, after all they have produced, composed for K-POP groups like EXO, GOT7, Boa, Red Velvet, Momoland, SF9, Highlight, Fromis9, AB6IX, Golden Child, to name a few. Member Moon Kim also sang the OST ‘It’s You’ from the recent hit K-Drama, ‘So I Married an Anti-fan’.

The members of ‘LIVIN’ are thus very familiar in the music scene individually and need no introduction. With Moon Kim as the main vocalist, Sooyoon as the vocalist/guitarist, Ji-Soo as the Midi/Dj, Krix on Drums and Kyum on the Piano, this already looks like a great line-up not just to us but also to the fans. The band recently released their first single, ‘Next To You’, and within 3 days, it reached 100k views, faster than most rookie groups. 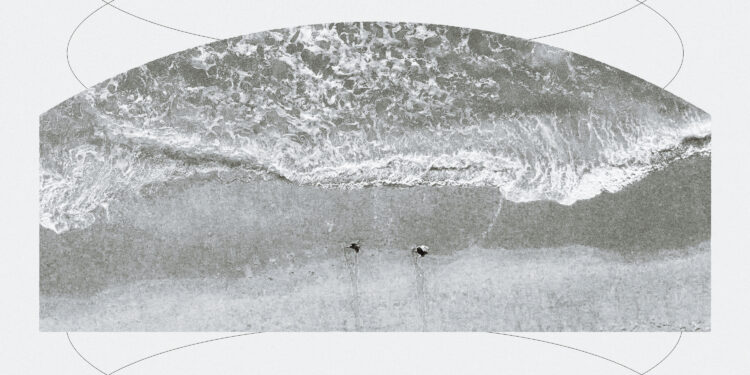 When asked how ‘LIVIN’ came about, the members shared that they did not have any clue that they were going to start a new band and it naturally formed without much thought. It so happened that one day, Moon and Sooyoon got together to write a song together for other K-POP groups and when they heard the finished outcome, they both wished that the song could be released as their own band’s music. Moon then asked Kyum and Stainboys to join them to start a new band. As they were already making music together, as well as individually writing and producing songs, everyone was aware of each other’s musical abilities and strengths and thus, agreed to form a band to create music of their own.

Moon shares his vision and direction for the band. As the main vocal, he writes most of the melody lines creating the bands color.

Sooyoon supports Moon with writing the melody lines and writes the lyrics. He adds a different spice to the band’s music with his unique voice.

STAINBOYS comes up with powerful & trendy pop genre tracks that could easily catch the listener’s ears.

KYUM is great at making emotional ballad tracks with piano, enabling the band to challenge different genres and sounds.

Compared to rest of the members, Moon and Sooyoon have experience as band members as they initially found their fame as  members of ‘Royal Pirates’, a Korean-American rock band. From putting up covers on YouTube, to debuting, to writing/producing songs, to now, the members have come a long way and with LIVIN, the members are ready to leave the past behind. ‘Royal Pirates’ officially disbanded in 2017 and although they are very grateful for all the fans that still supports them even though they were idle for years, the members expresses that they would like for the band LIVIN to be known as a separate new band, not a continuation of Royal Pirates. They further shares that if they had to sum up their experience in one line, it would be, “Just like a quote from the movie, life is like a box of chocolates. You never know what you’re gonna get.” 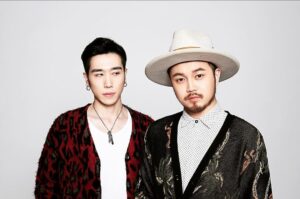 The producer duo Stainboys expressed that they were both very happy to join the band since they were thirsty for different challenges with their music. By joining the band, they knew that they could expand their musical freedom and express their music in different styles.

Ji-soo and Krix (Stainboys) further shares that they knew could trust Moon and Sooyoon’s past experience of being in a band.

With five members in the band, the most mysterious member of the band would definitely be Kyum. Kyum has always loved music ever since he was a kid and growing up he realised that what kept him strong, was whenever he was doing music.

“I wanted other people to feel the same way as I did. I wanted to make music that could comfort people’s hearts. I was already a big fan of music that Moon, Sooyoon, and STAINBOYS were making. I was just really happy that I could join them and that we could make songs together.” – Kyum

Apart from the amazing song list for K-POP and Moon even being a part of 153/Joombas, some members of LIVIN has also worked on songs in other languages. When asked about what is the difference in terms of creative process, they shared that the melody lines and the vibe of the track changes when they try to write in different language hence creating a certain style. They further adds, “For example, when we write in Korean, the melody lines come out a little more oriental compared to when we write in English, with more syllables and etc.”

The band also shares that watching movies, meditating, meeting friends and hanging out together as a band is something that also contributes to their creative process. Coming from such a versatile background but all bonded by music, LIVIN assures that the music they would make would be something different from what they have done earlier, different from Moon and Sooyoon’s previous band, Royal Pirates, and also different from the music that they have produced for K-POP groups.

We want to make music that our fans could enjoy with us. We are excited to show our fans, our new music – LIVIN

Considering how the band comprises of some of the most talented producers/composers of the K-POP industry, we were thus very curious to know if this was only a project group or a permanent group, LIVIN assures that they plan to release more music this year.  “We want to make music together and share them with our listeners for as long as we can.“

‘LIVIN’ is based on each other’s musical colors and experiences and the name contains the meaning of expressing their lives into music itself. But alongside that, ‘LIVIN’ is already making sure that their music is entering into the lives of their fans.  ‘LIVIN’ as a band may only be one song old but their lyrics, their sound, their music and their soothing vocals already makes one anticipate for more.

As they prepare to make more music which resonates with fans, the band sent a special message, “Thank you to all the fans and friends supporting the start of our band LIVIN. We would love to see you guys and have live shows after the pandemic is over. Hopefully we could release an album soon as well. Please keep safe. We love you guys all. We love you India. Thank you!”

And while we await to hear more music from them and wait for them to visit us, our playlist is on ‘Next To You’.