The seven member boy group comprising of Dongheon, Hoyoung, Minchan, Gyehyeon, Yeonho, Yongseung and Kangmin, debuted on January 9, 2019, under Jellyfish Entertainment with the EP, ‘Veri-Us’.  The group name “VERIVERY” comes from the Latin word ‘Veri’ meaning ‘truth’ and the English word ‘Very’. ‘Verivery’ is also a combination of the words ‘various’, ‘energetic’, ‘real’ and ‘innovation’ and their fandom name is called “VERRER”.

Starting off as a group of seven with bubbling enthusiasm and energy, the septet has raised itself to be the first fourth-generation K-Pop to top as No. 1 in Billboard twice with two consecutive albums of ‘G.T.B.G’ or ‘Go Beyond The Barrier’ and now, with ‘Get Away’.

With the quest of finding themselves, VERIVERY has been releasing a range of singles that explore different genres from 90’s boy band sound to dark pop. The group’s consistent progress met its limelight in 2020 with their participation in Mnet’s famous show, Road To Kingdom. The members’ power-packed performances and distinguished style got them a million engagements on YouTube.

The group’s first comeback with their mini-album ‘FACE US’ after the show gathered a great response as expected. The show and the comeback activities that happened in the face of a global pandemic definitely did restrict the group’s promotions like every other idol group, but the unexpected phase gave greater rewards to the team’s effort. “We were so sad that we couldn’t meet our fans and took a long time getting used to it. We once again felt that our fans are precious and valuable since the energy and atmosphere are lost on the sets without them. We thought a lot about how we could use this time. It’s hard, but we tried to write more songs using this situation as an opportunity, and we think we have become immersed in various creative activities. We tried to communicate with our fans more online and studied non-face-to-face performances to communicate better. If we suffer, our fans may suffer even more, so we worked harder to communicate more online, and we studied more on the most ideal performance for an intact stage,” answers VERIVERY.

Following the theme of finding oneself, the group is back with a new series. The O series gets darker than ever, as the members get to encounter their dark selves as a part of their journey of self discovery. “Get Away” is a reggae hip hop song with heavy synths, addictive tune and chorus. The new aura of the septet is rather intriguing as the members highlight their shady selves through their lyrics and music video.

With this, VERIVERY has not only topped the charts but also reached fans worldwide with their latest title track charting No. 1  in iTunes K-POP charts in seven different countries including India, hence showing the influence of their music and the power of their Indian fandom, ‘VERRER’.

The MV begins with Gyehyeon’s opening lines, “Invitation just for me, Strange feeling wanna feel it,” as the members are dubious about the invite yet they can’t help but attend. Both the doppelgangers and the members have stayed curious about each other since the ‘Tag Tag Tag’ era and finally decide to encounter each other over a feast. The members are mysteriously taken to the other world where they find themselves served with a lavish banquet. 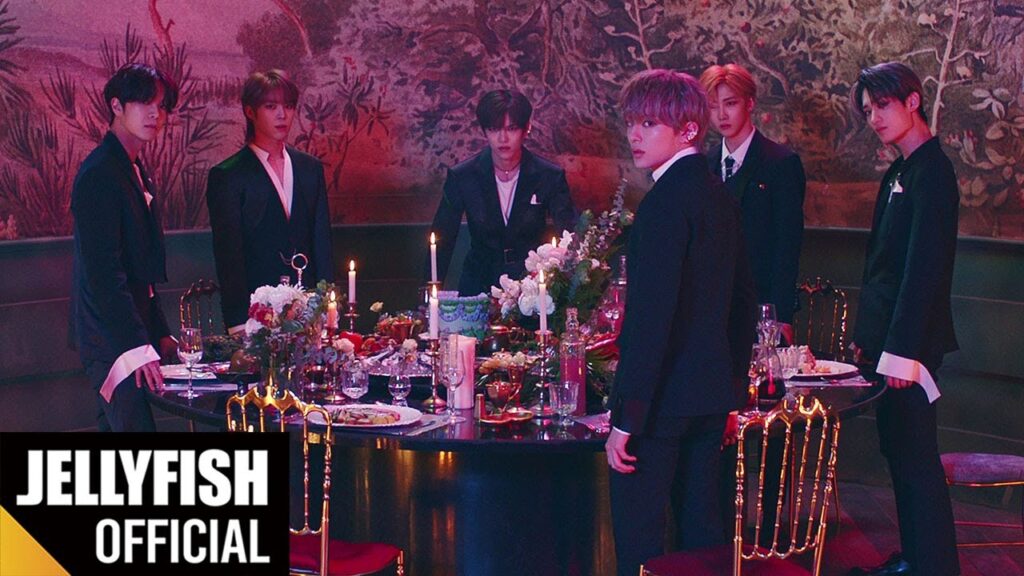 The banquet resembles the idea of the famous Roman Banquets of ancient emperors. According to Barry Strauss, Cornell University Professor, “The banquet was a chance to follow the precept of keeping your friends close and your enemies even closer”. Despite the doppelgangers and the members being one, the rivalry between both the parties remain the same. Hence, the viewers get to sense the intention behind the invite. The description of the ‘Get Away’ Music Video reads, “As an extension of the ‘FACE it’ series that was developed under the keywords ‘facing countless images within me’, an exciting story about the ‘inner darkness’, an indispensable being, will unfold like a movie”, which leads to the idea of encountering the shadow proposed by Carl Jung. The psychologist states that every individual makes an attempt to see his shadow and when he becomes aware of those qualities and impulses, he denies it in himself but can plainly see in others. 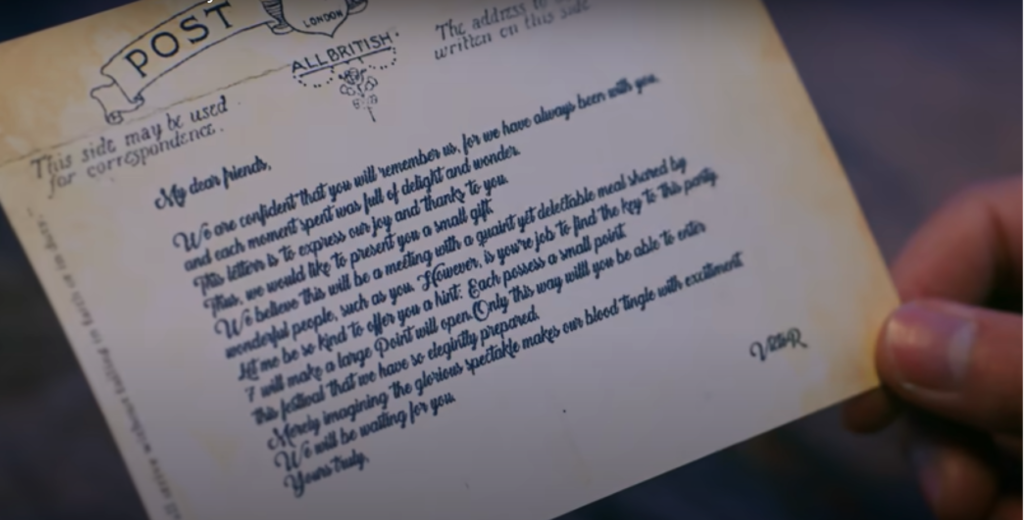 “We are confident that you will remember us, for we have always been with you,” reads the first line of the invitation which hints at the relationship shared between the two. During the party, the members initially hesitate to have a bite suspecting it to be spiked but later, submit themselves to gluttony. The hosts (the dark selves) take advantage of the occasion and abduct them. Bringing in the reference of shadow taking over the conscious self, the party seems like a bait to trap the real members. The music video ends with a cliffhanger as the members are found trapped by the other group.

With an edgy sound, sharp choreography, heart clasping visuals and spellbinding theories, ‘Get Away’ not only captivates the fans but gets most of the votes from the members for being their favourite song. Gyehyeon proudly confesses, “I like the title song ‘Get Away’ the most. It is a song that made me feel that I have grown matured even further by challenging concepts and genres that I have not tried before.”  Dongheon adds on that he also likes the title song, as we can see the different sides of VERIVERY through the song. Kangmin then shared,  “ I like ‘Get Away’ the most. I like the new concept, and since it is the title song in this album, I was particularly super excited about it.”

The other members seem to  have a few more songs to add in their list of favourites along with ‘Get Away’.

Yeonho: I think ‘Get Away’ is the best from this album. It’s the title song, and I can’t forget the day I first heard the demo. Also, I like ‘All I Do’. I think the lyrics represent our minds’ thoughts so well.

Yongseung: I am most attached to the title song ‘Get Away’ of this album, which I practiced the most. And I also like the song called ‘Paradise’ from the ‘FACE US’ album. We composed, wrote melodies, lyrics, and even created choreography while thinking of the VERRERs who love us. I believe this is the most meaningful song.

Though the new twist seen in the ‘Get Away’ Music video has too many questions unanswered, the members assure that the upcoming concepts and genres are unpredictable. “I can’t tell you about it in the details, but please look forward to the stories VERIVERY will be making,” teases Dongheon. “I can’t explain the next concept in detail, but I hope you remember that we will continue to unravel the SERIES ‘O’. We will try to find a better way in any direction. We will come back with better performances regardless of the changes,” states Yongseung, while Kangmin playfully adds, “It is still a secret. If you look at the next album, you will be amazed”.  Gyehyeon then assures that the concept will change as the story of SERIES ‘O’ flows.

The single album also includes ‘Numbness’ as a side track which also revolves around the concept of the series. The repetitive chorus sings, “Can’t control my body. I’m stuck on you, babe,” as the members once again sound defenseless, this time, with their lover. As expected, VERIVERY is not ready to go easy on us with their upcoming storyline as they explain,  “We think the symbolic meaning of ‘O’ is diverse. When we think about ‘O,’ someone may think of it as an eye or a hole, and someone else might think of it as a dot or a loop. We wanted to express the dark side inherent in all of us through ‘O,’ which can be interpreted differently. I think it would be fun if you find out what’s inside. I think it would be good for our fans to also find the inherent side in them.”

Despite achieving great things as a K-POP group during the unpredictable pandemic, the members as young adults still hope for things to get normal and so, when we asked them where would they go if they   get a chance to enjoy a trip for 7 days, the members shared their wishes.

Hoyoung: “I would like to go on a train backpacking trip with the members… carrying backpacks”.

Gyehyeon: “I want to spend about four days with my family and friends, and the rest of the time I would like to go on a trip with the members to the sea and watch the night sky with the remaining time”.

Yeonho: “First of all, I want to take the members to my parents’ house and share the home meal that my mom cooks, and I want to go on a trip and travel abroad with the members”.

Yongseung: “I want to go anywhere with my members—a place where we can get inspiration and feel something”.

Kangmin: “I want to go on a trip too. I really want to travel. I want to take a rest in a place where I can relax without a destination”.

When asked what’s coming from VERIVERY in the later part of the year, the group responds, “We can’t tell you more about the next music video. However, we will continue to deal with SERIES ‘O’ and we promise to come back with better music and performance. Please look forward to it. Thank you.” 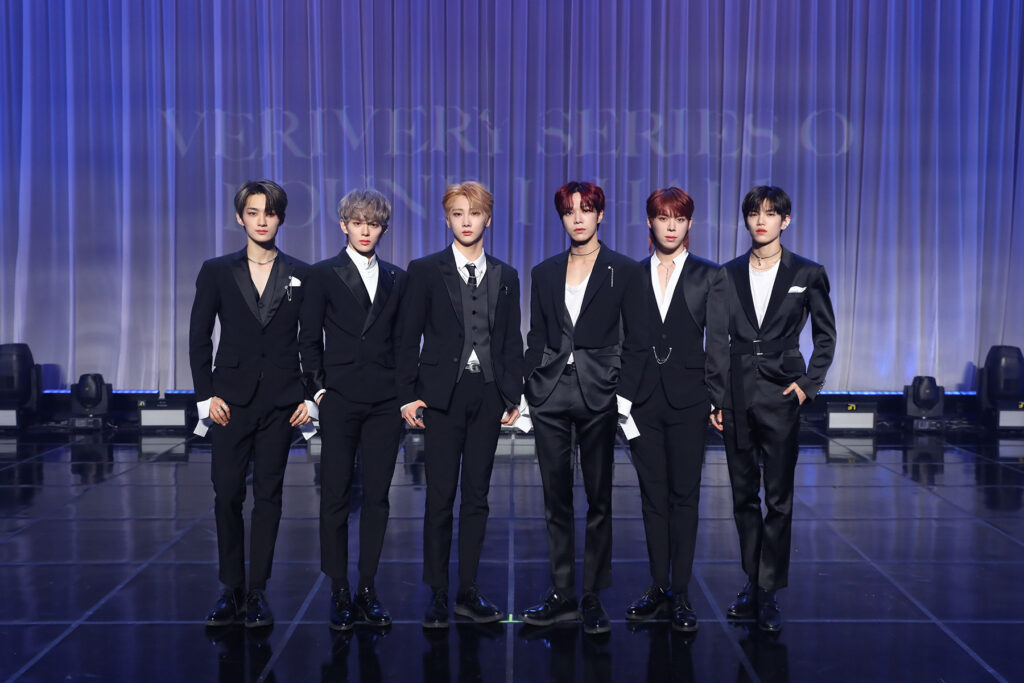 In the meanwhile, while waiting for the septet to return as seven with another mega hit release, their fandom, Verrer’s are sure to root for them! Here is message from the Indian VERIVERY Fanbase.

“Keep going on MY BOYS! We Verrer’s are always there for you and support you….! Fighting VERIVERY!! ❤️❤️” – Madhusree, Visakhapatnam.

“VERIVERY my precious boys, please keep being the cutest and talented group you’ve been since day-1. We Verrer’s will always support you and make sure one day the whole world can wake up and see VERIVERRER and their power! Hwaiting ❤” – Jasmeet, founder and admin of VERIVERY India fanbase.