A treat to your eyes and ears!

On January 10 at 6 PM KST, ENHYPEN made their highly-anticipated return with their new repackaged album “DIMENSION : ANSWER.” Within a short amount of time, both the album and its title track “Blessed-Cursed” rose to top iTunes charts in various countries all over the globe and the fandom ‘ENGENE’ showed much thrill to this news. 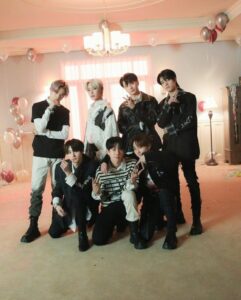 “Blessed-Cursed” also went to the top of domestic realtime chart Bugs immediately upon its release, followed by B-sides “Polaroid Love” and “Outro : Day 2” at No. 2 and No. 3 respectively.

A hearty congratulations to ENHYPEN and ENGENE as well on their successful achievements!

Have you heard the track yet?