A comeback after so long!

The girl group will be making their comeback in February 2022. The details about the upcoming comeback are expected to be announced soon. According to the source report, the group will make the comeback with all six members including Son Naeun, who has left the company and joined YG Entertainment. However, this comeback confirms that in spite of being in a different company, Son Naeun is a part of the group. 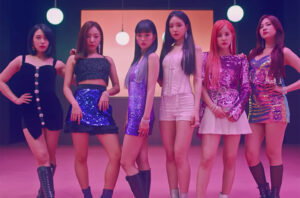 Earlier in April 2020, Apink released their 9th mini-album ‘Look’, with the title track, ‘Dumhdurum’ which was composed and written by Black Eyed Pilseung and Jeon Goon, who also worked on their previous songs ‘I’m So Sick’ and ‘%%(Eung Eung).’ Upon release, the song topped four major real-time charts in South Korea and became their first song to reach number one on Melon in 5 years. ‘Dumhdurum’ was also ranked 2nd in Billboard’s top K-Pop songs of 2020.

To celebrate their 10th anniversary, Apink released the new digital single ‘Thank You’ on April 19, 2021.

Meanwhile, Apink is preparing for their fan meet titled ‘Pink Eve’ at Sejong University’s Daeyang Hall in Seoul on December 31.

Stay tuned with us for further updates.

Zion.T Shares 'A Gift' Full Of Christmas Vibes For His Fans