Zion.T comforts the soul of fans with a comeback!

South Korean hip-hop artist and R&B singer Zion.T spreads the warmth and joy of Christmas with the release of the track ‘A Gift’.

The track, which is a beautiful soft-pop song filled with Christmas vibes along with a jazzy feel is a gift from the artist to his fans for this Christmas. A ballad filled with comfort and soulful vocals soothing the hearts of those who feel alone and are away from family and friends. 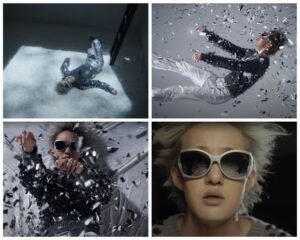 The track is produced by the artist along with the producers, PEEJAY, JUNU PARK and Seokcheol Yun. The lyrics and composition have been handled by the artist himself. The song is a gift from the artist to the fans for all the support and love they showered him with. 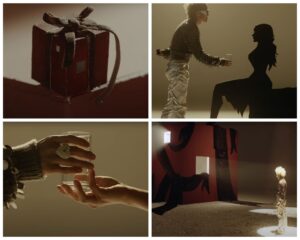 The artist last appeared as the judge for the popular hip-hop survival show, ‘Show Me The Money 10’, as a judge and producer, helping the contestant SOKODOMO’s track ‘MERRY-GO-ROUND (Ft. Zion.T & Wonstein)’ which was a huge success.  ‘A Gift’ also marks a comeback as a singer since his collaboration with Gen Hoshino with ‘Nomad’ for the original soundtrack of ‘Shang-Chi and the Legend of the Ten Rings’.

Zion.T made his debut by collaborating with Korean hip-hop artists such as Dok2, Crucial Star, Simon D, Primary and Gray. The artist released his first single titled ‘Click Me’ in April 2011 followed by the release of the first studio album titled ‘Red Light’ on April 9, 2013. Later in 2014, the artist released his digital single titled ‘Yanghwa BRDG’ which became a hit due to the honest and personal nature of the track, instantly connecting with the audience. The artist also had collaborations with SHINee’s Jonghyun, Yankie and PSY. The artist was also mentioned in the 2016 edition of the Korea Power Celebrity by Forbes.

The artist has continued to contribute his skills and talent along with that artistic zeal in his tracks and work becoming a music icon. ‘A Gift’ has already surpassed more than a million views in just a little over a day of its release, indicating that the fans are loving this track and it definitely soothes their heart with joy and warmth.