Another Netflix hit coming our way!

‘All of Us Are Dead’ officially confirmed season 2 and fans cannot wait for it’s drop!

On June 7 KST, Netflix Korea unveiled an official video teaser and poster for the second season of their hit Korean show ‘All of Us Are Dead.’ 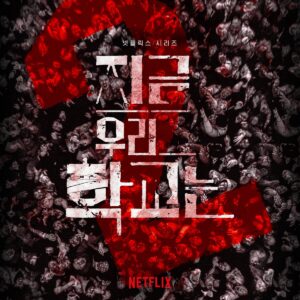 The upcoming show’s clip starred Yoon Chan Young, Park Ji Hu, Cho Yi Hyun, and Lomon expressing gratitude to all their fans for all the love and support the show had garnered. They further teased what the show has in store for their viewers.

Fans will finally get answers for the open ending the first season left. The plot revolves around a group of students trapped at school during a zombie apocalypse and are waiting to be rescued.

The show hit No. 1 on Netflix in 25 countries within the first day of its release, making it the fourth Korean show to rise to the top of the global charts after Squid Game, Hellbound, and Arcane.

Are you excited for the much awaited second season? What do you think will happen? Let us know your experience with the first part!!

Seo In Guk Drops Teaser Images For His Upcoming Single

BTS Makes Their ‘YET TO COME’ Comeback

BTS Makes Their 'YET TO COME' Comeback